Just the other weekend, I hopped into my 7th UAT hosted Game Jam with a group of friends and for 48 hours straight, we developed a game from scratch. The theme of this jam was Halloween, so the games we made were all in some way related to our favorite spooky holiday! A lot of very unique games were created during this jam, so instead of just talking about mine, I wanted to dive into a few of the other teams’ individual experiences and ask them how the jam went for them.

The first group I talked to was a team led by veteran jammer Kevin Albregard. He led a group of new students who had never done a Game Jam before to create a fun, lighthearted visual novel called Boorista [Play here]. Here’s what he had to say about it:

“Our game is about playing a barista in a coffee shop where you serve coffee to Halloween themed monsters.  While playing the game, make sure you follow their dialogue as it gives major hints as to what they are needing for their beverage. What pushed me to run a Game Jam team was a group of promising freshmen who were not planning on jamming. Instead of suggesting the next jam, I opted in to run a game that would be completed in the duration of one day so the freshmen could enjoy their weekend polishing a complete game rather than stressing out crunching time. As expected, they jumped in on the project excited to make a game regardless of what the theme was, so once we figured out the theme was Halloween, we figured it would be a good idea to make a noir "murder mystery" using Halloween themes. This quickly changed when one of them suggested we make it a coffee shop as we adopted the new theme. One of the biggest obstacles the team had was time, since most of the freshmen were still new to this they needed help finalizing the project. The teams’ biggest success was their imaginative creativity and love for teamwork. Those two things will really push you through this University. I actually remember one of the freshmen, Carter Wolf had his laptop out during the meeting and documented all of the teams experiences without even being asked to. When I asked him about it he just said it was a habit, and how he loved documentation in general. If this Game Jam has taught me anything, it's that these new freshmen are extremely promising and I'm thrilled to work with them in the near future. Overall the game was complete from my projected goal and we accomplished everything we wanted to. The team is actually really thrilled about it and we are trying to continue to develop the game and making it a routine to update the game when needed.”

Next, I talked to Jonathon Sherwood who was on a team of first time jammers that created a really interesting puzzle game called Use Your Head [Play here]:

“Use Your Head is a game about the Headless Horseman who throws his head in order to solve puzzles and activate switches while his body is left to fight off enemies. Coming up with an idea was the easy part, as we had a good team that were all willing to offer their suggestions and find out what everyone really wanted to make. Our skill sets were diverse enough that there was no concern of anyone being forced into a role they were not comfortable with. However, our entire team was comprised of Freshmen with very little hands-on experience in game development. Much of the coding was a learning process more than it was an expression of creativity, and the art team had members who had never even created art assets before. Despite our setbacks, we were able to take home Best Design for our game, and significantly more experience under our belts than we had before. Was it the best work we could have made? At the time yes, maybe, but the learning experience was so incredible that I think we can all agree we'll do even better in the future and that we're proud of what we accomplished.”

And last, but certainly not least, I talked to the only solo jammer this time around, a super creative programmer and artist named Tyrease who made a bullet hell called Witch V Witch [Play here]:

“I am Tyrease Teer! Aspiring game programmer! Proud student at the University of Advancing Technology! For this Game Jam, the game I had in mind was originally going to be about a ghost who is late for work, and you, being the tiny human you are, try to run away before you are run over by the Ghost with Bad Time Management. I then scrapped that idea and decided a challenging, but doable game, a Danmaku revolving around 2 witches. First was drawing the idea of my game, then I went to setting in the core mechanics and UI. After which, I used assets that I had and bettered them for the game, and eventually I got a good looking Danmaku-esque game. There was so much that I wanted to do with it, but the people were impressed, and I was just as impressed as well, considering that this is the Second Game Jam that I did by myself. It was a very great experience for me because if I hadn't done this Game Jam, my game wouldn't have become a thing, and some of the existing code I had wouldn't have been improved. Game Jams are a magical thing. You're taking it for granted if you haven't done one.” 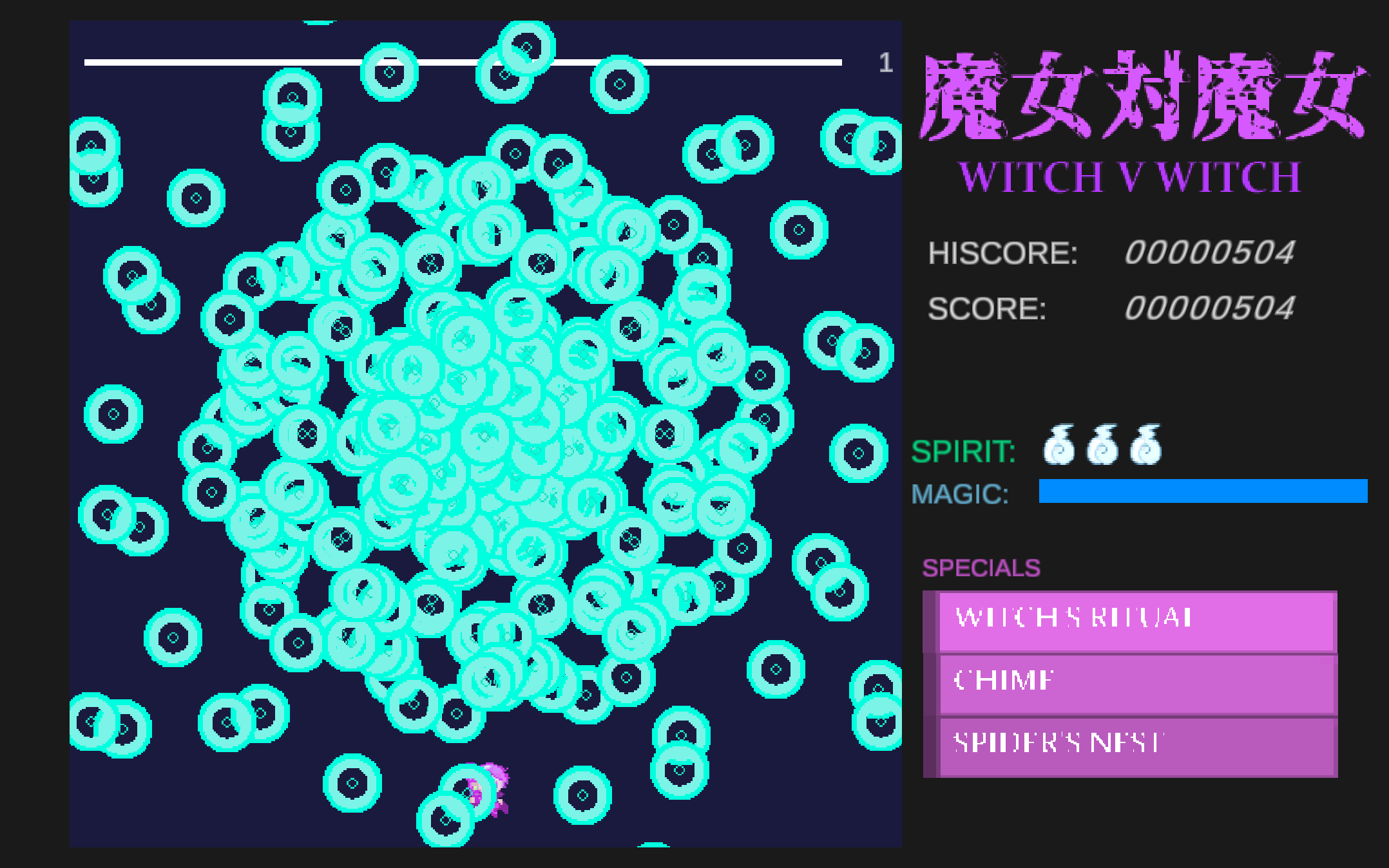 As you can see, the teams got very creative during this jam and made a lot of very unique games.  Check them all out on the itch page!. Game jams are a great way to practice your dev skills and get involved in the creation of games. I always recommend for anyone interested in game development to find a Game Jam and join in, no matter what your skill level is. We usually host 3 a year here at UAT and they are always amazing experiences. You can read about some of my previous game jam experiences here.