My Experience in the UAT Summer Game Jam

Over the weekend, I had the awesome experience of being able to participate in the UAT summer game jam. A game jam, for those of you who don’t know, is an event where teams are challenged to create a game with set restrictions in a short amount of time. For this game jam, we were given the theme “Abstract Art” and were given 48 hours to make a game around that theme!

Once the theme was announced, teams quickly formed and began brainstorming. My team consisted of myself, Jordan Brown, as programmer, V Greffin as designer, and Joey Chilton, Natalie Johnson, and Syndey Brown as artists. The first hours of a game jam usually consist of mostly bouncing ideas off each other and finding something that works for your team. For our team, this process took around six hours total! We wanted something that would be unique, but also immediately fun for the player. I also wanted to be sure that we kept the scope of our game very small. With only 48 hours to create the entire game, it was very important to avoid over scoping the game and keep our ideas small. 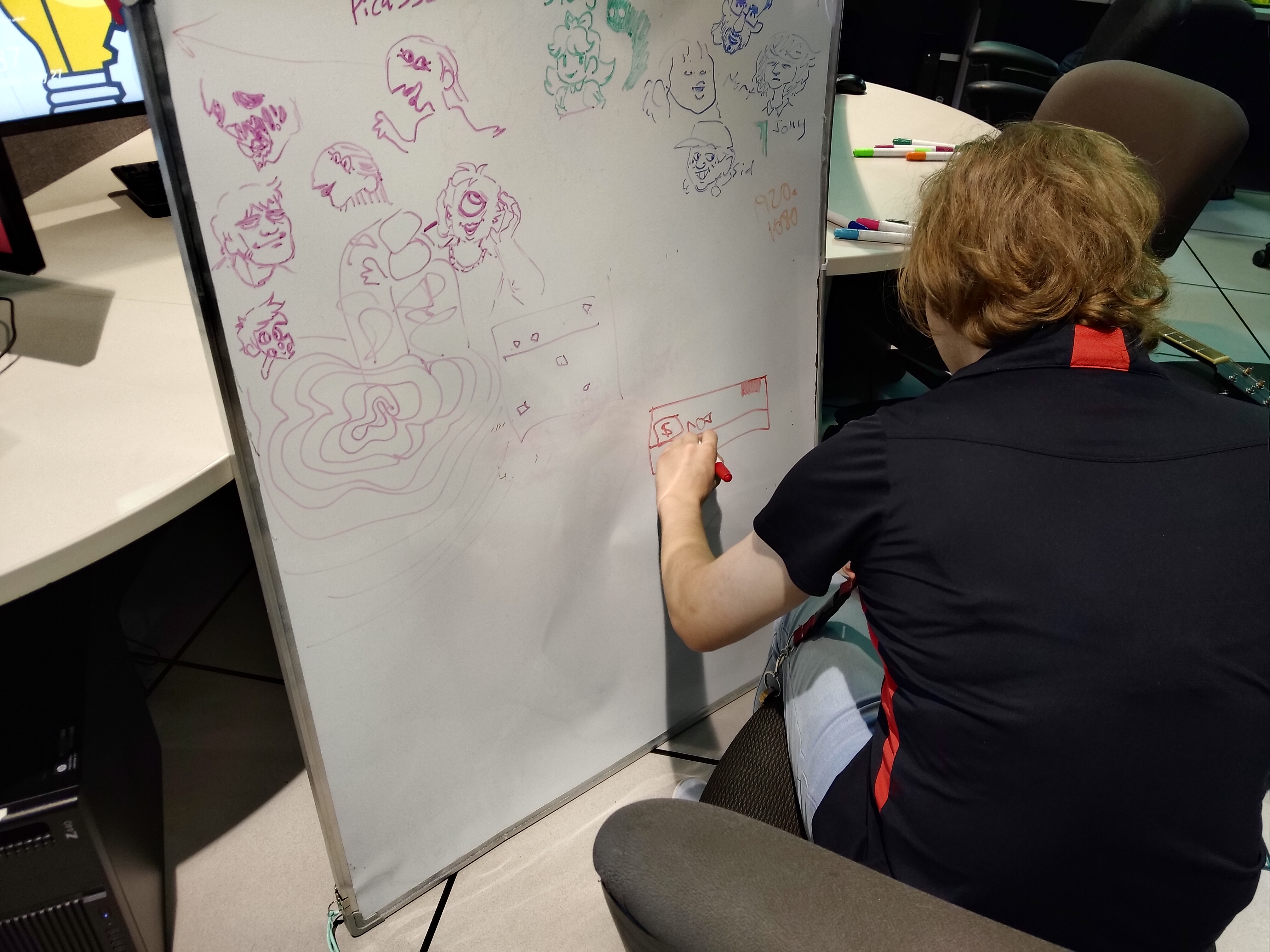 So after about six hours, we had designed what we wanted the game to be. Inspired by a walk to a nearby gas station to grab snacks at midnight, we thought about how 24/7 gas stations must encounter some very strange people and decided that we could make that into a game. The theme “Abstract Art” made it very clear that we should be as weird and abstract with our characters as we could. With this in mind, the artists got to work drawing some very unusual characters for the player to encounter in their gas station. While they did that, I began programming the base mechanics for our player to interact with the characters.

For the next 40 hours, we worked (and occasionally slept) to finish the game. Artists drew assets for the gas station such as the counter and the items inside, all while I worked on allowing the player to look around, move items, combine items, and give them to the customers. Then finally, after 48 hours, it was over. We had created a complete game from scratch: Pitstop Picasso. 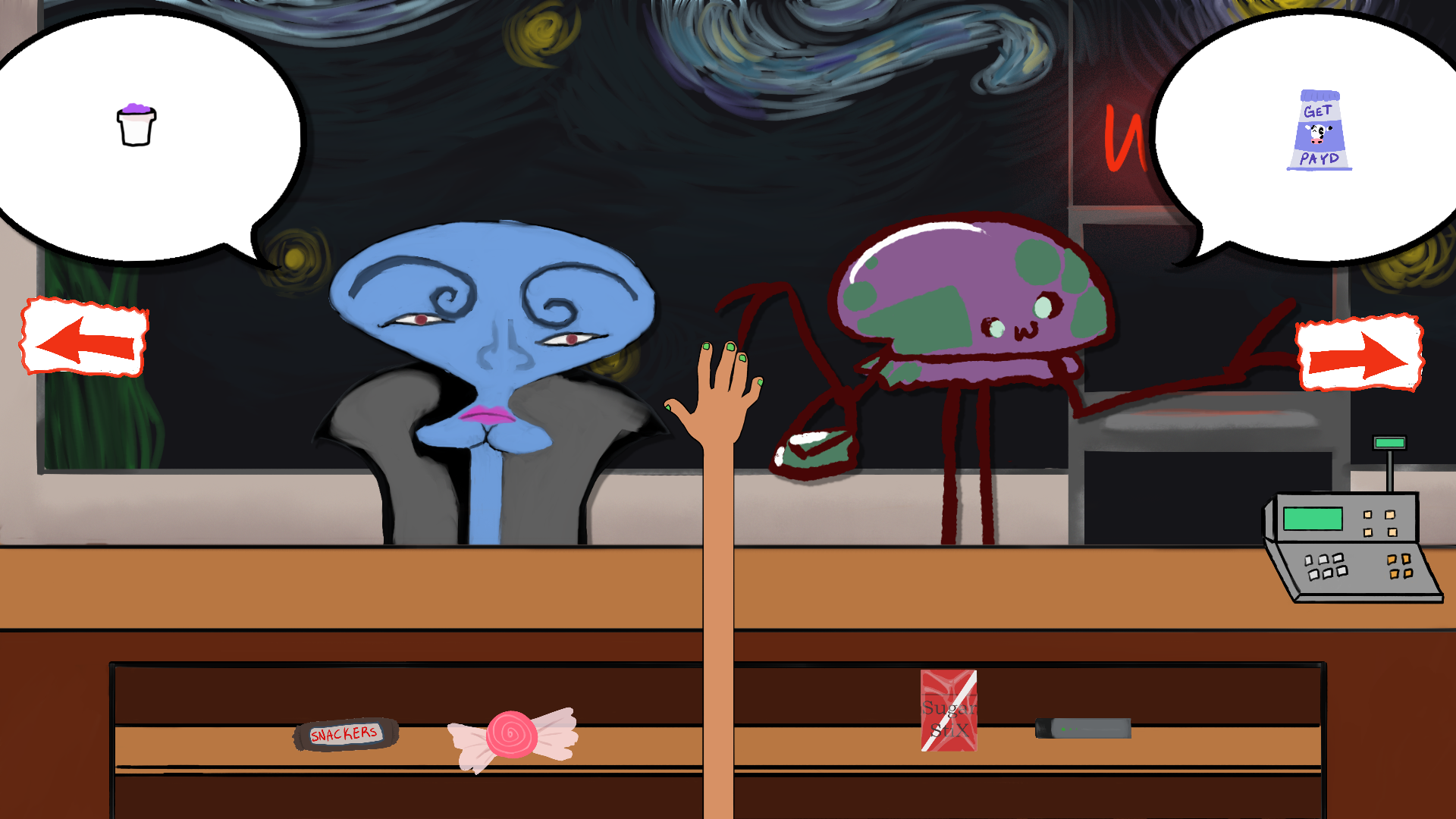 After the time is up, we set our game up for others to play, and we went to play the other teams’ games. A panel of judges also came out to try all the games. The results were awesome! Every team did something completely unique. One team built a virtual reality horror game with abstract elements, while another team created a game about flying a paper bag in the wind. There were a lot of really amazing games made and it was a lot of fun to play other games and to see them try ours for the first time.

Once we had finished playtesting and the judges had seen every game, we were all gathered together to hear the winners. Our team managed to win “best gameplay”. The judges really liked our focus on gameplay and creating unique situations for the player to interact with. It was an incredible feeling to work for 48 hours straight and create something cohesive in that short amount of time and I would recommend for anyone who is interested in game development to jump in on the next jam!

You can try out all the games made for free here: https://itch.io/jam/uat-summer-game-jam-2019/entries