From Australia to UAT: A Koala-ty Story

It was a hot Australian summer’s day as I stood next to a large production camera that was pointed at a concerned police officer. I placed my face up to the eyepiece and made sure that the focus and exposure of the shot was still correct. The journalist next to me was asking a slew of questions about a possible arson when all of a sudden a vibration in my pocket broke my concentration. I stepped back and pulled out the phone. It buzzed in my hand and the small screen displayed an international number “Unknown.” Having been at the job for almost two years, I was confident that I could answer the call without any trouble. I stepped away from the camera and put the phone to my ear. I was soon greeted by a friendly voice that stated they were from the University of Advancing Technology and that congratulations were in order for winning the Digital Video Scholarship.

“Life changing” is an often overused statement; however at this particular moment it seemed very fitting.

About a year before, I was sitting in Harkins Theatres after my short film “RAIN DOG” screened at the 2014 International Phoenix Film Festival. I was lucky enough to get funding and fly over to attend the festival to watch my first short film screen in front of an international audience. The whole experience was extremely overwhelming. Not only did I have an obsession with the U.S.A, but I also had an obsession with movies, combining the two was one of the most memorable moments of my life.

After one of my screenings, a man with dark hair and a booming laugh approached me and told me about the University of Advancing Technology and that they held a film festival each year and that I should enter. Little did I know this man was Digital Video professor Paul DeNigris who I would soon come to know very well. I was extremely humbled by the gesture and went about submitting “RAIN DOG,” one of my films, to the UAT festival. In all honestly I didn’t think much about it for the next year and had no clue that I even had a chance at winning a scholarship. 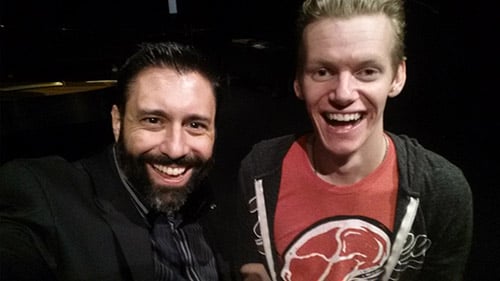 At the Phoenix Film Festival, I met Alumna Gwyneth Christoffel, the only other young filmmaker in attendance. As we became friends she told me that she had won the 2013 Digital Video Scholarship and that she was going to be attending the school the next year. This was before Professor DeNigris had approached me. I didn’t know much about the university, but it had always been a dream of mine to live and make films in America.

One year later, I received that fateful phone call. At first I was extremely nervous and apprehensive. It was a huge step for me to leave my family, my job and my other life behind. I had been keeping contact with Gwyneth and she nicely enough gave my mother and I a personal Skype tour of the school. I soon realized that what the school lacked in size, it made up for in resources and innovation. Along with the great guidance of the UAT Admissions advisors, I was more than convinced that UAT was indeed the school for me. 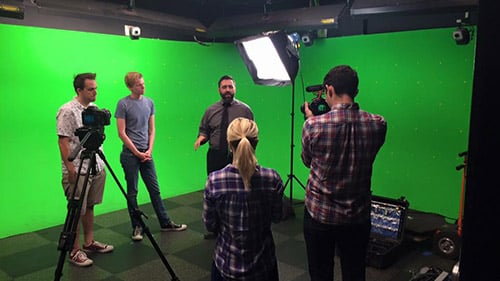 Enter the Greenscreen Studio at UAT

Next thing that I knew I was on a plane with a large suitcase about to land once again at the Phoenix airport. I can’t deny that I was little terrified and when I finally sat down in my dorm room after 20 hours of travel, I felt the distance. I wondered if I had made the right decision. However, it wasn’t long before I felt comfortable. The students, staff and faculty made UAT a very easy place to call home for the next two and half years of my life.

I’m sure I will get a chance to go into detail about the school in later blog posts; however I mainly want to thank my parents, Professor Paul DeNigris, Professor Sharon Bolman and the rest of the staff and faculty at UAT who has only ever supported me in pursuing a career in film.

Coming to UAT truly was “Life changing” and I don’t regret a single second. 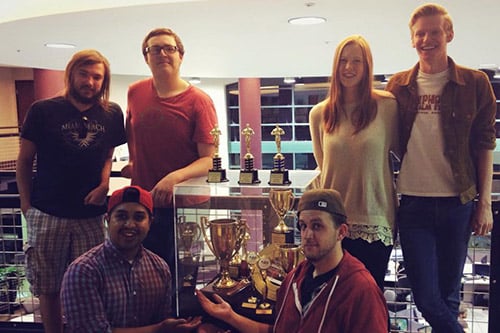 Join the team of talented Digital Filmmakers at UAT