From Australia to UAT: A Koala-ty Story 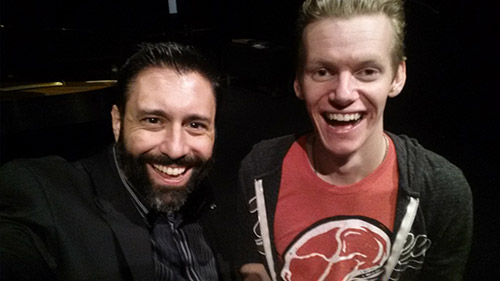 It was a hot Australian summer’s day as I stood next to a large production camera that was pointed at a concerned police officer. I placed my face up to the eyepiece and made sure that the focus and exposure of the shot was still correct. The journalist next to me was asking a slew of questions about a possible arson when all of a sudden a vibration in my pocket broke my concentration. I stepped back and pulled out the phone. It buzzed in my hand and the small screen displayed an international number “Unknown.” Having been at the job for almost two years, I was confident that I could answer the call without any trouble. I stepped away from the camera and put the phone to my ear. I was soon greeted by a friendly voice that stated they were from the University of Advancing Technology and that congratulations were in order for winning the Digital Video Scholarship.