WOW: Legion – Lore You Should Know Before it Drops: Part 5 of 5

So remember everything I just explained about the lore? Yeah. About that. We time traveled, so everything goes out the window. After the events of Mists of Pandaria and Garrosh was taken into custody, Wrathion, Kairoz, and Zaela. He escapes through the Dark Portal, sending him back to Draenor 35 years ago. This is the Draenor that we know of before the events of the Burning Crusade. Most of this land is untouched by the Legion, at least for now. After escaping, Khadgar, Thrall, and the adventurers realize that they have to do something about this. While they are figuring out what to do, Kairoz tells Garrosh that he plans to have Garrosh to create the first of many new Hordes. Garrosh, being obsessed with power, and refusing to serve, he betrays Kairoz and kills him. Garrosh uses this to convince Grommash not to drink the Blood of Mannoroth, and instead create the Iron Horde. As shown in the opening cinematic, Grommash rejects Gul’dan’s “gift” and ends up killing Mannoroth, capturing Gul’dan in the process. The Iron Horde torrents out of the Dark Portal, making it all the way to Blackrock Mountain. This is when Khadgar assembles the “adventurers” and begins to fight back. They fight the Iron Horde back and end up destroying the Portal on Draenor’s side, severing the connection. After this, there are a few events that don’t have direct importance, but they built up the Alliance and Horde’s offensive front. Bladespire Citadel, an ogre fortress is taken by the Frostwolf Clan, Warlord Fenris of the Thunderlord Clan is killed at Grom’gar, stopping the Iron Hordes invasion, Ner’zhul is forced into hiding as the Dark Star is returned to the light with Velen’s sacrifice, saving Karabor, and he later dies in the Shadowmoon Burial Grounds. Shattrath City is liberated, forcing out Blackhand, but he manages to kill Maraad and Ogrim Doomhammer, and the city is later partially taken again by the Shadow council. Warlord Dharl of the Burning Blade Clan is killed, followed by Garrosh Hellscream. He meets his end at Thrall’s hands, during the siege of Grommashar. Shortly after, the Alliance and Horde lead attacks on Highmaul, the Gorian Empire’s strongest defensive front (The Gorians are the ogres that inhabit Draenor). Kargath Bladefist meets his end here, as well as Imperator Mar’gok, who dies to Cho’gall. Warlord Azuka, the warlord who takes Warlord Dharl’s position as head of the Burning Blade Clan, is again slain in Bladefury’s Command. The Alliance and Horde then turn to Blackrock Foundry, targeting Blackhand himself. Blackhand falls, and the Iron Horde is scattered. 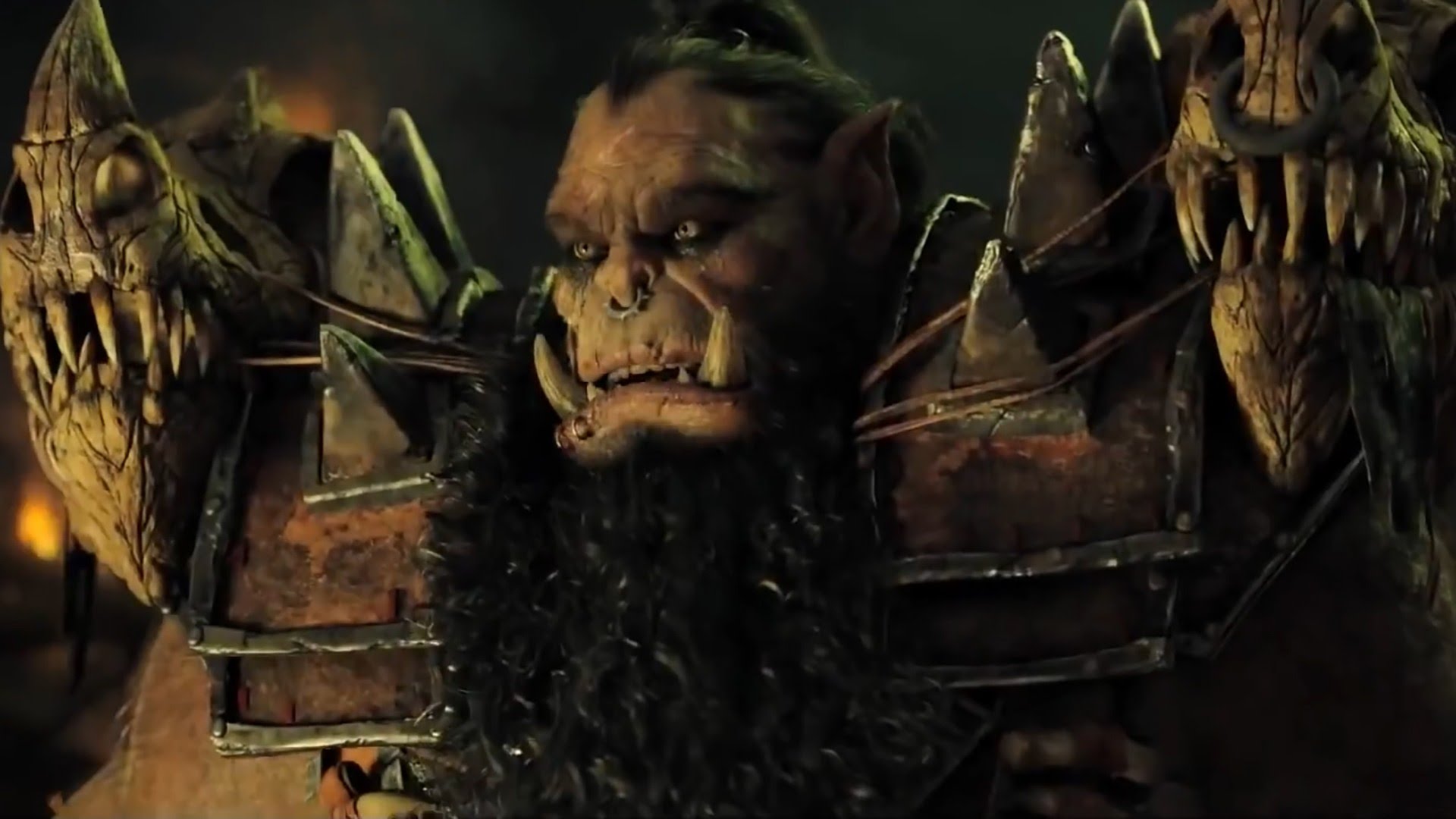 Blackhand from the Warcraft Movie

This allows Gul’dan to swoop in and usurp the Iron Horde, along with Kilrogg of the Bleeding Hollow Clan. For those of you who know, no this is not Kilrogg Deadeye, as this is still on Timeline B. With Gul’dan controlling a force as the Iron Horde, he has no problem turning to his real masters and attempting to summon them, The Burning Legion. Gul’dan Is able to convince the remaining Iron Horde leaders to follow the Legion and serve under him, while also recruiting Shadow-Sage Iskarm and the majority of the Sethekk arakkoa, who are a race of human like birds. Gul’dan then takes over Hellfire Citadel, twisting it into a base for the Burning Legion. Khadgar, Yrel, Durotan, and Grommash march with the adventurers to Hellfire Citadel, destroying everybody in their way. When they make it to the end, they are met with Archimonde, and after a harrowing battle, destroy him as well. Again. Moments before his death, Archimonde hurls Gul’dan into a portal to keep his bargain with the Burning Legion. This ends Warlords of Draenor, but only begins to tell the tales of Legion. As told in the Tomb of Sargeras, an audio book on the World of Warcraft youtube channel, (which can be found here. Khadgar chases Gul’dan all the way to the Tomb of Sargeras, and with the help of Cordana Shadowsong, a Warden who betrayed her sisters and turned to the Legion, they are able to enter the Tomb, and begin breaking the seals on the Tomb. We find out that there is a powerful portal contained within the tomb, one powerful enough to bring the Burning Legion through to Azeroth. While he keeps Khadgar distracted, Gul’dan is able to break the seals on the tomb, with the help of Kil’jaeden of course. Khadgar makes his escape with Maiev Shadowsong, and they return to begin organizing an offensive. During this time, we know that Magni Bronzebeard awakens in Old Ironforge, Gul’dan opens the portal within the Tomb, and begins to summon the Legion, and he also gains allies with the Highbourne elves, the same elves who summoned Sargeras in Timeline A.

Fan Art of the Tomb of Sargeras

The Alliance and Horde mount an offensive on the broken isles, to which they fight back Gul’dan somewhat, but end up having to retreat after losing Warchief Vol’jin and Tirion Fordring. King Varian Wrynn, the current king of the Alliance passes the crown to Greymane, who is to give it to Anduin, his son. He then sacrifices himself so that the rest of the Alliance can escape. Gul’dan captures Varian and either drains his life with fel power, or he corrupts him, that part has not been fully explained yet. Following this, the Wardens release the demon hunters from their prisions, and they are recruited to either the Horde or Alliance, and return to help with the demon invasions that are taking place all over Kalimdor and the Eastern Kingdoms. With Vol’jin dying, he passes the title of Warchief down to Sylvanas Windrunner, the former leader of the Forsaken. Greymane does pass the title and crown to Anduin Wrynn, who becomes the new King of the Alliance. This essentially ends the Warlords of Draenor expansion and begins to move into Legion. This was quite a large amount of information that may have been confusing, especially as it goes against mostly everything I previously explained. If you would like to, you can use the same source I did, which is a timeline of all of the events of World of Warcraft here at http://wow.gamepedia.com/Timeline_(unofficial)#Warlords_of_Draenor

Thanks for sticking with me here, and heres to more World of Warcraft!!