Why These Games are Better Than Yours - The Last of Us

So this is a series dedicated to game reviews. I’ll be basing all of my reviews on these categories: graphics, gameplay, story, overall experience, and a wild card question.

Today we'll be talking about The Last of Us:

When I got this game on the PS3 when it originally came out I had no complaints about the graphics. When it came out on the PS4 I wondered how it could get any better. But it did! The graphics on the remastered version of The Last of Us are way more crisp and clear than before. Along with most games there isn't much variety in enemy types. Whether it's humans, clickers, or runners each of them only have a couple models. It's interesting to see how this concept was put into the different areas and situations Ellie and Joel go through. It's very consistent whether you are in the woods or in a city.

The game plays as if you were playing uncharted but without the climbing. I have some issues with the camera. Since it's first person controls moving the camera around the character quickly can be an issue if you don't want to press the quick turnaround button. Some of the other controls can be annoying as well. Over all the game plays pretty nicely and once you get used to the controls everything should be easy. Naughty Dog is very consistent in their games on letting the player determine how they want to go about in every situation. Every fight area there is a way to get around without starting a fight, a way to stealth kill everything, or the ability to just run in guns blazing. Now this isn't the game where I advise running in guns blazing because you have very limited ammo and supplies, especially during the end of the game. There is a nice level up system for both the character and you're weapons. As well as a great crafting system for weapons, medipacks, and shiv's makes it seem a little more realistic. My advice: Ellie can be a really good helper sometimes. Other times she can screw you over. Watch yourself XD 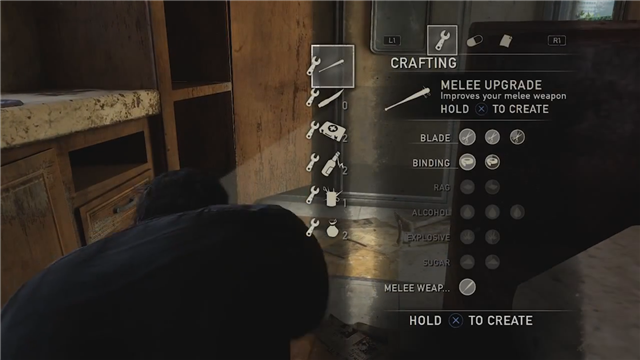 Naughty Dog definitely knows how to tell a story. With this game they decided to go all out on the feels. If this story wan't heart breaking enough the DLC , Left Behind, will definitely ruin you. Seeing Ellie pretty much become Joel's daughter at some points can really get to you. I really enjoyed that every character has their own story and their own distinct personality. If you're interested try looking up the alternate ending that they were originally going to do for this game. It's 10 times darker and more heartb

This game is amazing. It's definitely worth trying to get through the game just for the story. Sometimes the controls can be difficult with you but they are pretty easy to get used to. If you want to play a game that has a great story this should be at the top of your list. I also recommend going to Youtube and watching the fanfilm live action Last of Us. It's pretty great and does a good job with each character. Although I'm definitely interested in the actual live action movie that is being planned.

It's great right! Go look at all of these amazing jokes of Ellie's: Here.