The Upcoming Break Between Semesters

Today essentially marks the end of week 14 of our 15 week structure, and as such we are completely underway with finals and prepping for presentations and assignments and the like. With this in mind, we will be leaving the school for the break around May 1st, so that leads into question:

What will we do over break between semesters?

Well I cannot account for everyone here at the University, but what I will be doing is going back home to Indiana for the break.

Despite being about 11 days in length, it still offers plenty of time to have some rest and relaxation within the confines of my home back in Indiana, and will still offer some fun sights and events for the time being. The main highlight would definitely be the ability to meet with some old friends and family again after all of this time, but mainly just to relax and not do anything for over a week!

With that, I figured I could try and highlight some of the different aspects on where I live, and the things you can do.

Despite being full of farmland and open countryside, there are still a few places within the southern-most portion of Indiana that still house civilization, most preferably within the Jeffersonville-Louisville metro area. There are a couple small cities and towns scattered across the furthest outskirts, but it's one of those places where if you don't have a reliable cell service provider, your connection will drop about a couple miles out.

The Falls of the Ohio is quite possibly one of the coolest places to be, assuming it hasn't rained much and they haven't had the need to open the floodgates for easing the flow of the Ohio River. We have a large fossil bed area that also acts as one of our cooler "state parks" areas, where you can go there on the rocks and see things that have washed up from the river, or just to sit down and relax.

You can see the river still flowing, however some areas are dried up to allow for access of the fossil bed.

Along the shoreline to the Ohio River, there are several businesses and residential areas, most notably the old district of Jeffersonville and the various waterfront attractions or restaurants such as Kobe's Japanese Steakhouse, or perhaps Kingfish. There are various other little shops, such as a small ice cream shop that sells quite possibly one of the best scoops of mint choc chip I've ever had along the Falls of the Ohio, and on the Indiana side, it'a nifty little area, with a couple parks and recreational areas.

On the other side of the river however, would stand to be the much more "city" oriented place, in every regards. Louisville is quite possibly one of the biggest hubs for civilization and life in the Kentucky area, and expands quite a ways with various shops, businesses and residential areas alike.

However you want to get there, there are about four conventional methods. Two of them are driving across the bridges to reach the other side, one of them could be taking one of the boats to get across, however these would generally be tour ships, and would not be very common at all, making it kind of unconventional in the end. And the last one being the Pedestrian Bridge that was opened up within the past three years.

The Pedestrian Bridge used to be a bridge to offer travel for the trains and their cargo across the river, however it has been long since decommissioned and standing to rust for as long as I can remember. Then within the past few years, both cities had undergone a restoration project for the bridge, and added staircases and ramps of access, and finally to serve as a walking bridge from one side of the river to the other.

With this in particular, you cannot bring motorized vehicles upon this bridge due to the fact that there are people walking across, but you can bring your bicycles or rent one out and ride it across as well to expedite the process. Overall it's a pretty cool place, and puts your directly in one of the parks within Louisville, and you can relax or go to more of the busy areas inside the Louisville Metro.

Places within would include: 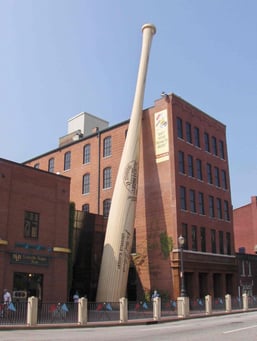 There are various restaurants located all around the area as well, but these would probably stand to be the biggest highlights of the area. Outside of the city, you have various residential areas and the like, but it's a nice area to be in regards to nature and the different aspects of what the small towns or cities have to offer. With all kinds of state parks, there's a lot to take in, and with that I will be leaving on May 1st, and will be returning on May 11th, which is fantastic because that time also falls on the first day of the Louisville Oaks, which if you are not familiar with the area, Kentucky is home to some of the largest horseback races in the country, if not the largest!

So with that going on, I hope you all are planning wonderful ideas for the break between semesters as well!

Posted on Apr 24, 2015 10:30:04 AM by Admin in Blogs, in Geeky Stuff, in jeffersonville, in Kentucky, in louisville, in student life, in Student Life, in University of Advancing Technology, in events, in Indiana, in semester break, in travel