Razer and Their Famous Rainbow Prototypes

Hello all, it’s been a quick minute since I’ve written a blog here, but that just means I have all the more to say. First off, it is a brand new semester here at UAT which means a fresh start full of new classes and activities. Personally I am very excited for this semester as it is going to be full of more real world activities. One of my classes is about making a game and having it on the market by the end of the semester. This class is something I am expecting to be a huge help when it comes to actually learning how this whole ‘real world’ thing works. I am also going to be working on a project in the Game Production Studios which should be interesting as there are at least five projects going on at the same time, all of which are game projects. Working with the true production pipeline is something that I have always wanted to do, obviously. This semester has so far been incredibly productive for a day one, as compared to the semesters in the past. Typically, there isn’t much that happens besides introductions and basic information. Some of the classes I am taking however jump right into the material. I am also looking forward to the semester outside of class. I have picked up a bunch of new hobbies and different games that I am very excited to get into fully. But enough about me, let’s talk tech. 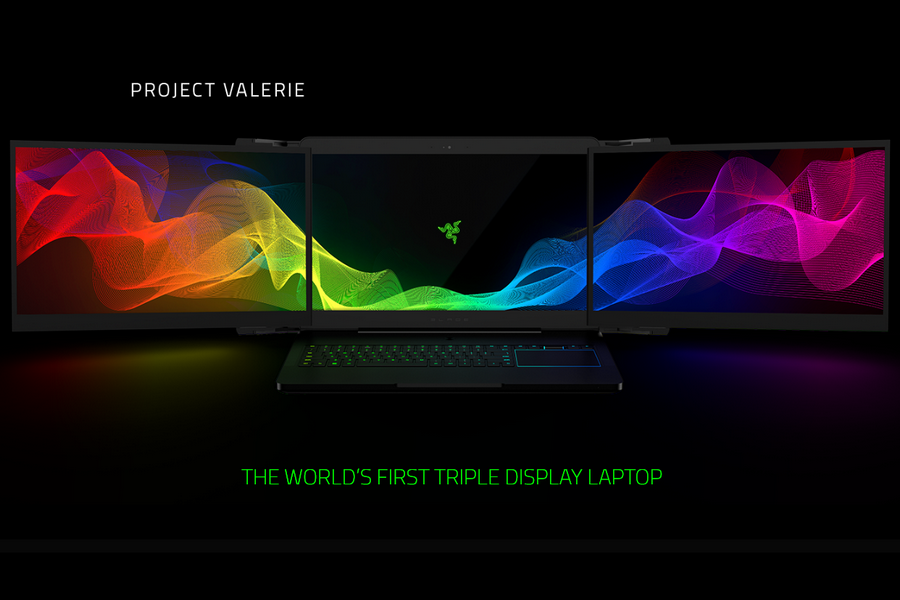 Razer has announced some fairly ambitious pieces of tech at this year’s CES. Project Valerie is probably my favorite, which is a triple-screened laptop. This crazy machine has a monitor slide out of either side when you open it. The specs themselves haven’t been widely spread but we do know that the computer is based on the Blade series of laptops and has a 1080 card inside, g-sync technology which matches the monitors refresh rate to the output of the graphics card. This makes the monitor seem incredibly smooth and doesn’t have the same ‘feel’ to it as other monitors would. The monitors themselves are 4k resolution, which is all nice and fancy, but most games, excluding some of the more recent AAA titles, don’t even support 4k resolution. Something that does support higher resolution comes without any screens.

Project Ariana is the other major project that they unveiled at the event, which is a Virtual Reality gaming projector. This thing extends your view by projecting areas outside of your screen to the walls and ceilings around you. The projector has a smart tracking piece of technology that can accurately gage depth and faces of different objects in the wall in order to project a correctly imaged and scaled extension of what you are seeing on your screen. This uses some of razers famous Chroma Lighting and combining it with 4k projection and game code integration.  As most Chroma peripherals, it can interact with other things to create incredible light shows. The project is planned to go into development by the end of the year, and with Razer stealing the show with these two projects, things are looking good for the famously innovative company.