My Little 'Rant' about WoW 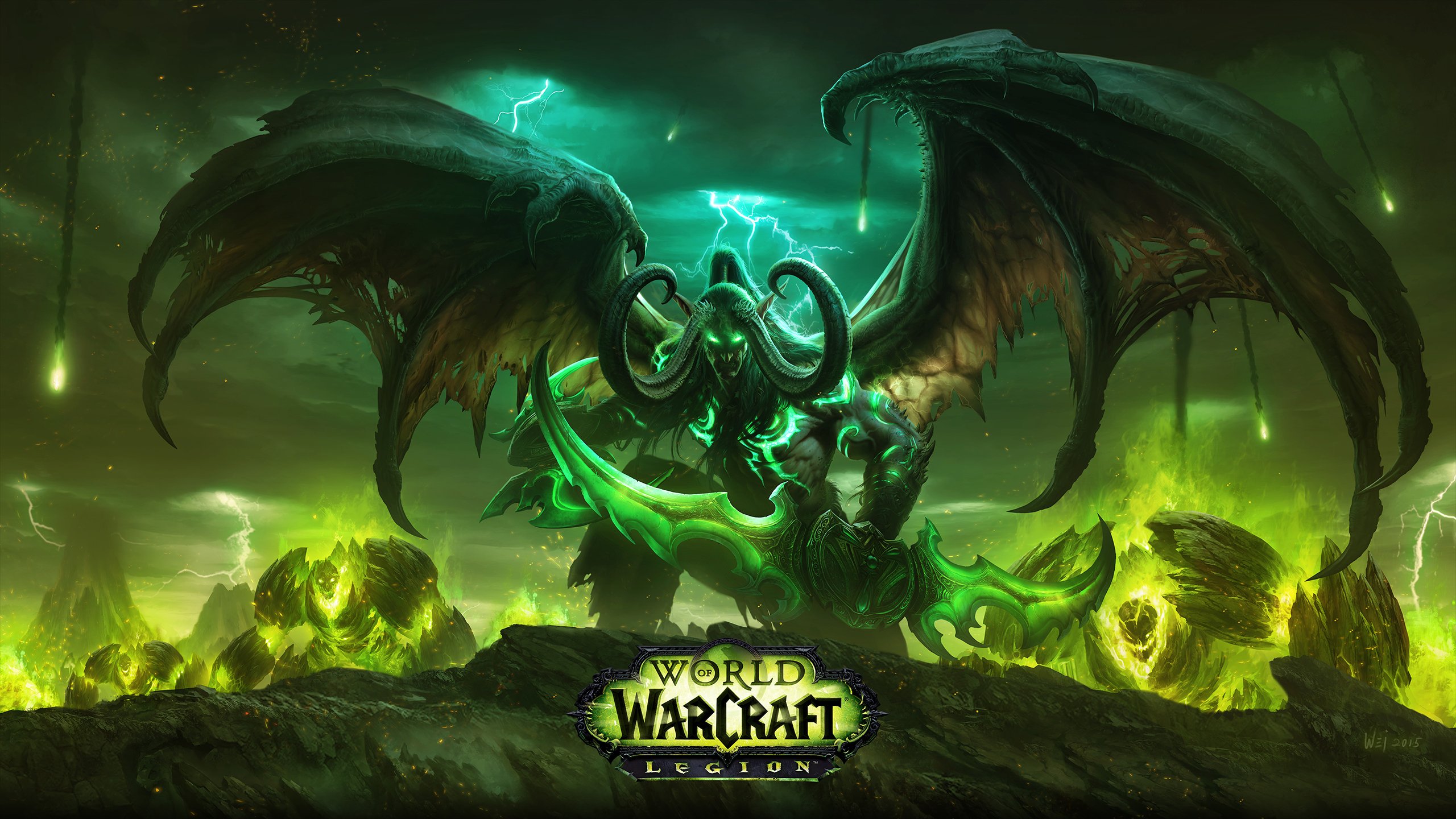 I have written about World of Warcraft multiple times in the past, but this time it is going to be just a little different. Over the past couple of months, World of Warcraft has been a game that I open less and less. I am not sure what the exact cause of this has been but I have a couple of guesses. One thing would probably be my lack of motivation to play, but that’s partially even my fault. One thing could be the World Quests. Now this wouldn’t be a bad system, assuming the quests were new and exciting every time. The problem being is that the vast majority of the quests you do, are either the same as or very similar to the quests you do while you are leveling or questing in general. In Suramar, the level cap questing zone, there are a large amount of world quests that are the same as the quests you do while completing the story-line. I actually feel that this system would be far more interesting to players if they had different and exciting things to do as I mentioned earlier. Now there are a couple problems with just making more content. This could be something like budgeting, staff, ability, etc. While it may sound ignorant to just say make more content, I feel that I have actually thought through this argument enough to make it valid. 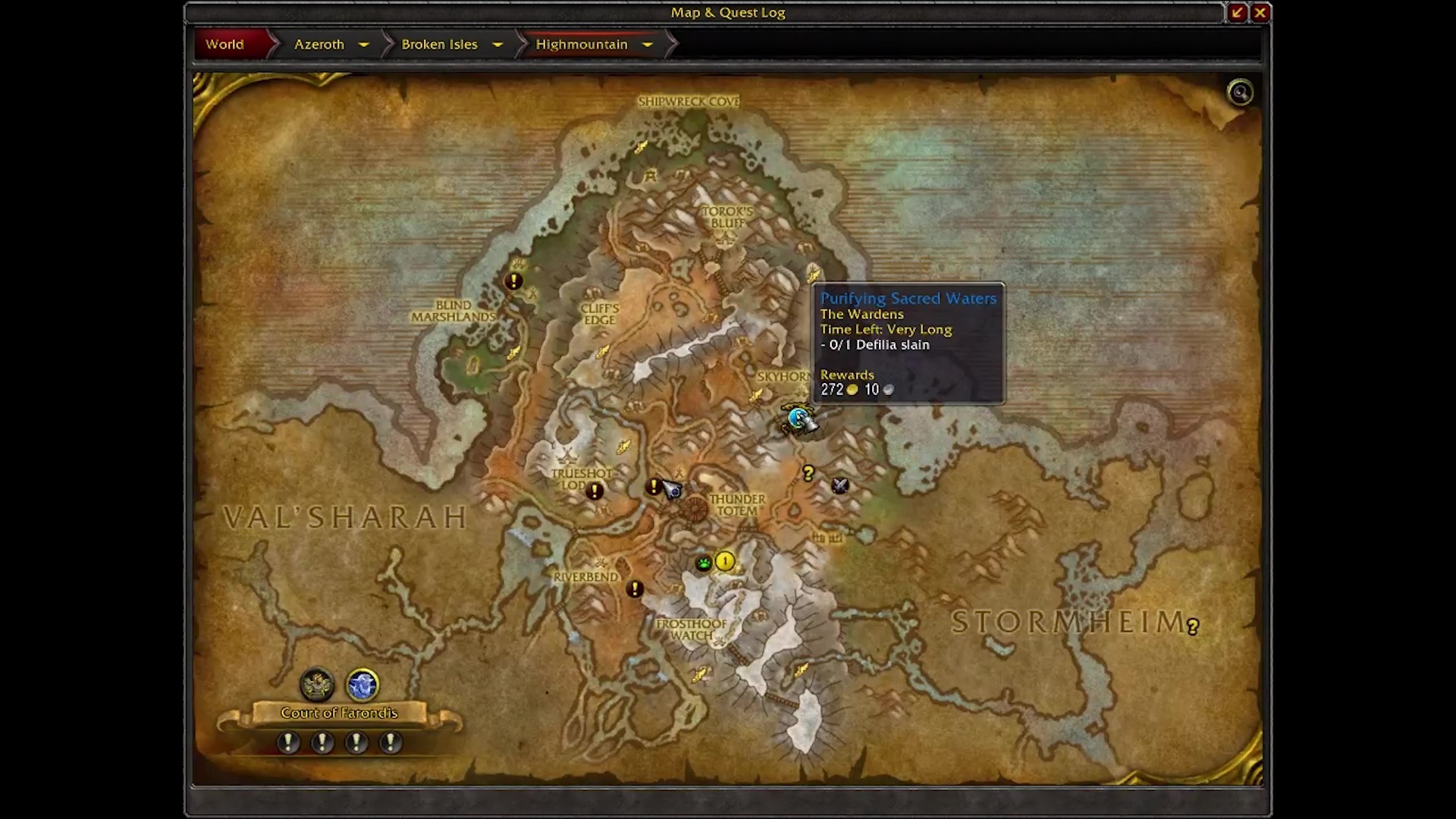 One of the first things I looked at was similar systems that already exist in WoW. Systems like daily quests, story-line quests, etc. Looking at the Shadow Pan Garrison daily quest hub in the Valley of the Four Winds in Pandaria, you can see that there were many different and interesting quests that were not as much of a grind as they were an activity. While people may not like the grind parts, they are just as much a part of WoW as anything else. Obviously having some insane AAA title that always has something new to do in the same scope as WoW is somewhat unrealistic. The game has advanced far too much to make that change, and it would take away from the style that WoW has developed over the years. Now back to the Shadow Pan. These quests were something that had their own style of quests, in terms of what the quests are actually having you do. I have never been a fan of dailies, so my knowledge is not entirely complete, so take all of this with a grain of salt. The World quests in The Broken Isles are something that have their own ideas and systems, but the quests themselves can feel somewhat lacking. Everything else in Legion so far has been some sort of epic adventure with grand peril and incredible treasure. In this respect, I feel that the World Quests are somewhat lacking. For example, in Highmountain, there is a World Quest where you have to kill some bears and loot some organs, and then just kill some invading harpies. This quest is something that I have gotten at least 10 times already. While I would be all over this system if the quest was something besides a ‘kill 5 of these and collect 10 of these’. While I do feel these are important to the game as they define the ‘grind’ that WoW is known for. 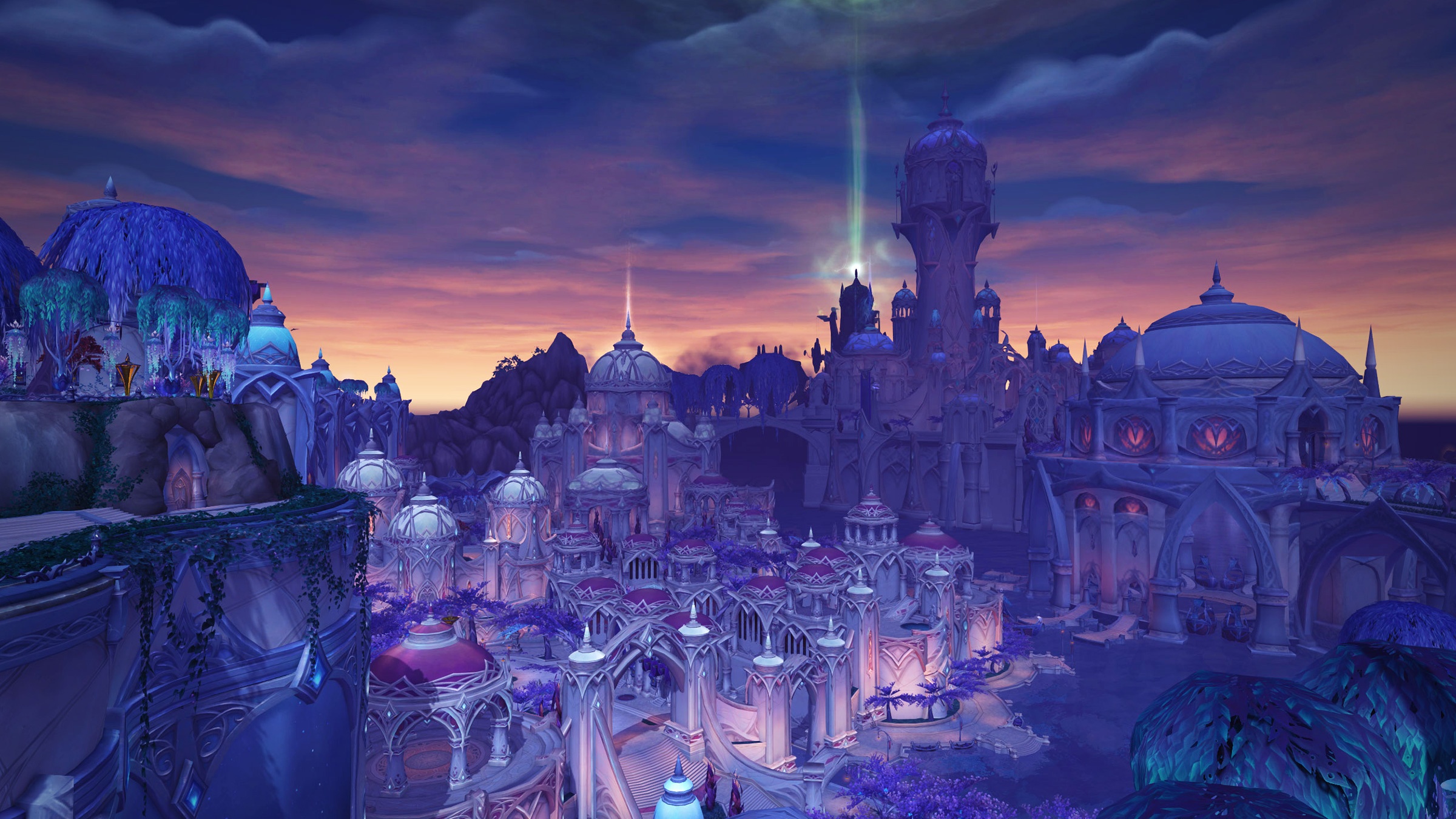 Now that I have talked for a bit, I am realizing that there are two main things that have been pushing me away from WoW recently. The World Quests themselves (not the system behind it), and the lock on the Nightfallen reputation. By this I mean that most of the ability to get rep is locked either through timed events like the withered training world quest that only shows up once every three days. One of my personal favorite things about WoW is that if you really have the motivation to do something, you can put your nose to the old grindstone (see what I did there?) and get it done. Just like with the Nether Ray mount reputation back in Burning Crusade, you can sit down and grind out the reputation. This is obviously not the most efficient way to get the rep, but it works if you don’t want to wait on the dailies. This is not the case for the Nightfallen rep, obviously. I can understand the reasoning behind it, allowing for the content to last longer, and have more playability, but this still takes away from players in that if they have some sort of goal, they cannot do anything more to reach it. I have found that at least for my friends and I this ‘time-gated’ content seems irreverent currently as I cannot do anything about it, but I still feel as if I would be falling behind due to the content that requires this reputation in the first place. I took me longer than some, but still shorter than most to unlock the two reputation dungeons, the Arcway and the Court of Stars. These two dungeons are mythic only and require you have 8000/12000 in the honored reputation. The problem being that you don’t get something that feels rewarding for the grind you just ‘finished’ to unlock them. The dungeons themselves are short, drop the same item level gear as other mythic dungeons, and are a step above the rest in terms of difficulty. The one thing they have on the other dungeons is that they drop gear that has a small 2 set bonus on them which can provide some interesting effects. Overall I feel that these dungeons do not provide a significant enough reward to merit the challenge of getting there. I have never been a real fan of gated content, so this just falls under that.