Lights and a Camera. 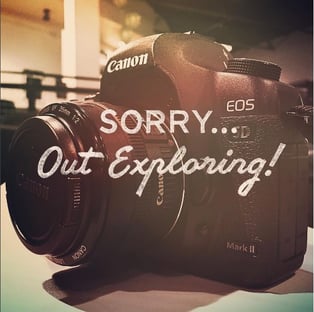 Hello all! So, recently I’ve been trying some new things with photography! Here I’m going to show off some photography techniques that I have been working on.

You will notice that I am experimenting with a newer style and newer lens. Instead of using the typical 18-55mm lens, I used an 85mm with my Canon T5 Rebel. This lens worked perfectly during a night shoot. My only regret is that I didn’t use my 75-300mm lens, but overall the photos came out great.So far in my career, this was my favorite photo shoot because it was at night with new equipment. Overall I took around 200 photos and only used 25 of the best.

Here is my favorite photo of that night. 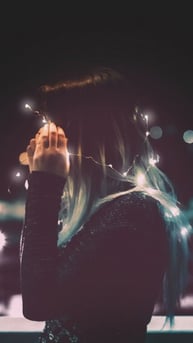 It was sort of an accident, I took the shot when my friend Madison was taking the lights off, but I think this photo is great because it (reminds me of a modern day hipster princess) like she is removing a crown from her head. For this photo I wanted to give her a softer look so in Light room, I turned up the luminosity to put a nice softness around her. I then adjusted the temperature to give her a lighter look, giving my subject an angelic vibe. After I edited most of the color grading in Light room, I opened the pictures in Photoshop. I made a duplicate layer then changed the exposure and contrast followed by using a low opacity brush which gave the lights a bit more shine making them brighter.The picture on the right is of Madison and Emma. I really like how this turned out because my goal was to them look like super heroes, one good guy and one bad guy illustrating why Emma is in a white and blue dress and Madison is in a red dress. I can’t wait to see what I have more to offer in the future!

I have been using Adobe Light room more often and I had never realized how remarkable the program was until now.After Light room, I turn to Photoshop to finalize the image. I’m a fan of starting with a duplicate layer and play with the exposure, brightness and contrast.Follow my work!I have a feeling that this is just the beginning to great start in my photography career. I created a Twitter account and have also been posting my work on Instagram. During the past week, I have 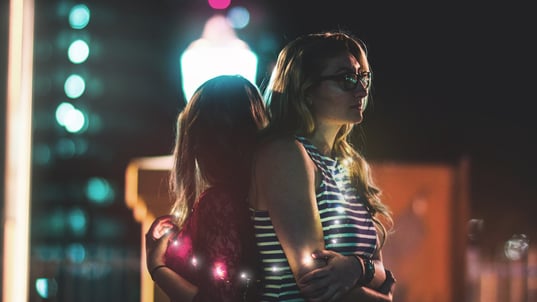 noticed a huge jump in followers on all my social media accounts. It’s inspiring to see comments from magazine photographers saying “great work” and other positive feedback, which makes me feel more confident about my work. One of the best feelings is to look back on previous photos I’ve taken and to see how far I have progressed in my work.