Keep in mind that all of this is my opinion, so take what you read with a grain of salt. 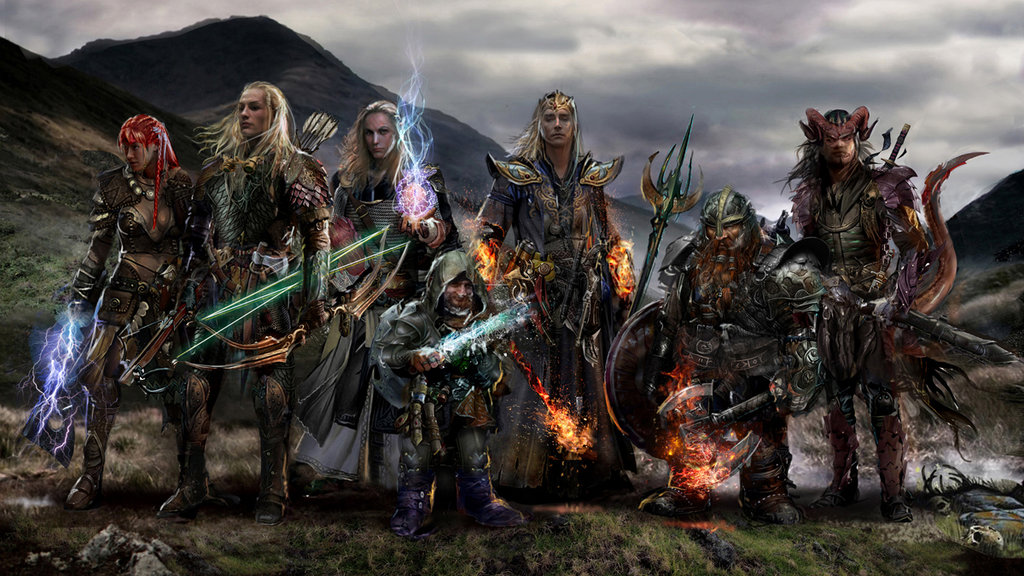 This week I would like to talk about DND once again. Last time I talked about some quick tips for new DMs from a new DM. Or somewhat new at least. I have been DMing for almost 5 years now, keep in mind this was off and on so it was probably closer to 1 or 2 years of actual DM experience. In my mind this is relatively short compared to most people who would be more qualified to write a blog like this, but I feel like this is something I can do nonetheless. This week I am going to talk more specifically about how I like to run my campaigns, which I am sure is a somewhat controversial topic.

Typically, my campaigns are homebrew. While I will use the character sheets and basic rules from a specific version, usually 3.5 and now 5e, most of the actual content is homebrew. I feel that sticking to the books, while far more structured, it is less imaginative. I like to give most of the control to the players. When creating characters, my general rule is ‘do whatever you want but let me look at it first’. This, obviously, is so that they don’t create some Mary Sue character that can one shot every enemy and instantly charm any NPC. While there are some clear problems with this system, I feel it works best with the groups of players I play with. And that brings me to my actual point. When you are deciding on the basics of how your campaign is going to run, do what works best with your players, not what you want or what you think would be ‘totally cool’. Sure you might have the best campaign laid out to the last detail, but if they don’t decide to go into that cave, or don’t decide to talk to the NPC, then everything goes out the window. If you know your players can be unpredictable, then don’t predict them. I don’t want this to come off as some sort of rant, but I am just saying what I wish somebody would have told me when I first started DMing.

During the story, I have begun to throw in a lot more improvisation with the encounters, NPCs, shops, loot, etc. For example, if the players are traveling a large distance between cities or something, I will have them throw a roll for ‘safe travel’. I don’t believe that this is an uncommon system, and it gives some randomness to the game, where it would otherwise go unnoticed. On a similar note, I feel that giving players the ability, or at least the illusion, to choose what happens to them will give them a better experience. I am not one for prep as it usually falls through with my player group. This causes me to think of general ideas first, then hone them in to fit the players and their characters. For example, I had a player in my last campaign playing a homebrew class where he could basically teleport like Nightcrawler. This would present some obvious balancing issues and many other problems, but this was his first campaign and wanted to learn as he went, so I figured it was worth it to let him play. I had to change p the style quite a bit as his class wasn’t very good at combat so there was a lot of non-combat events that were happening. The problem arises when you find out the rest of the group is combat oriented. This instantly put a divide in the party, but I figured it would be a good learning experience, so I kept the ball rolling. All of this brings me into my next point; flexibility. Being a flexible DM is, at least in my eyes, one of the most important parts of being a DM. If you cannot deal with changing things on the fly, then some encounters will give less of an experience, or just fall apart completely.