It's the end of this decade coming up! We all had our ups and downs. But one thing that kept us all afloat from not starting another civil war or world war was memes! 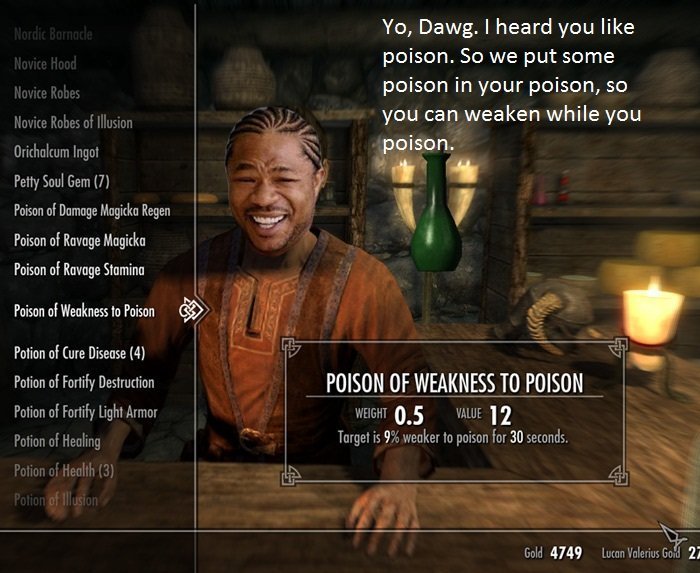 Yo Dawg meme stands atop with it's catchy line and memorable face. If you disagree take it up with the council. 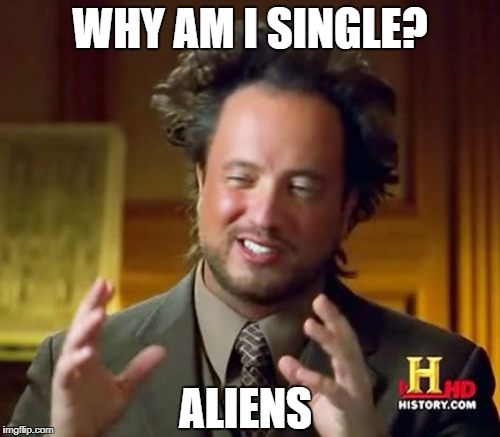 The man who blamed Aliens more than the world on religion. To be quite honest I remember as a kid watching this show, I don't know why I liked it. 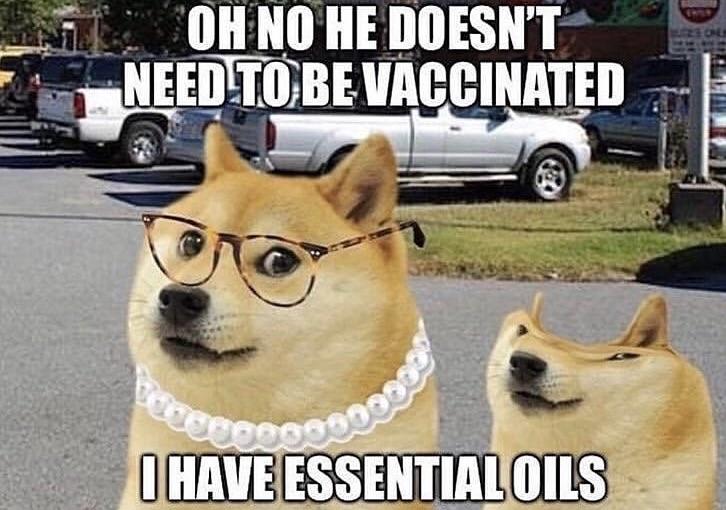 The Doge meme of course, it is a sad memory to know Shiba Inu died in 2017. Yet she lives on with the millions of memes created due to her iconic pose. 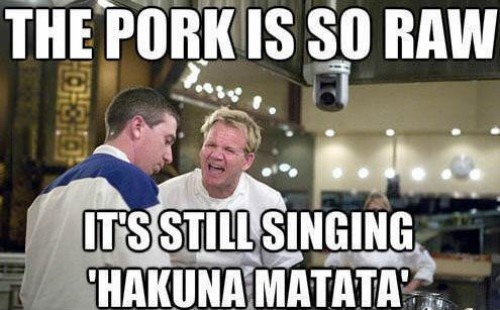 Ah Gordon Ramsay he makes a lot of lists at some point for his thick accent, vulgar language, and his wholesomeness to kids. 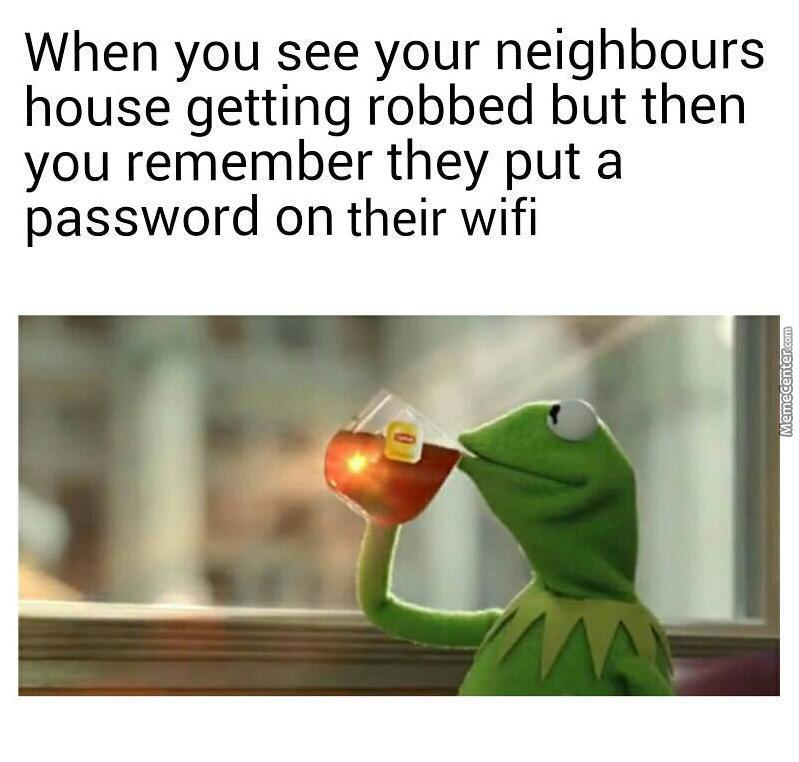 Kermit a lovely meme. Being the star he is, being able to stay a meme for years now. 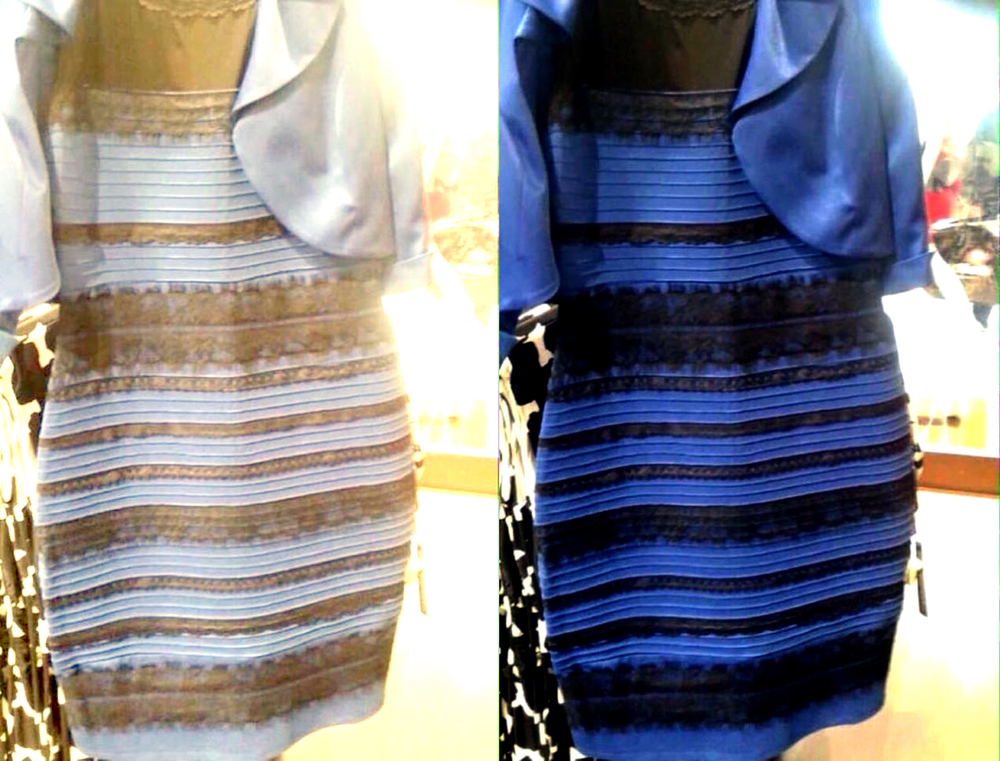 Is it White and Gold or Black and Blue? This dress caused so much turmoil to the point that I found this so unimportant I gave up to follow up with it. 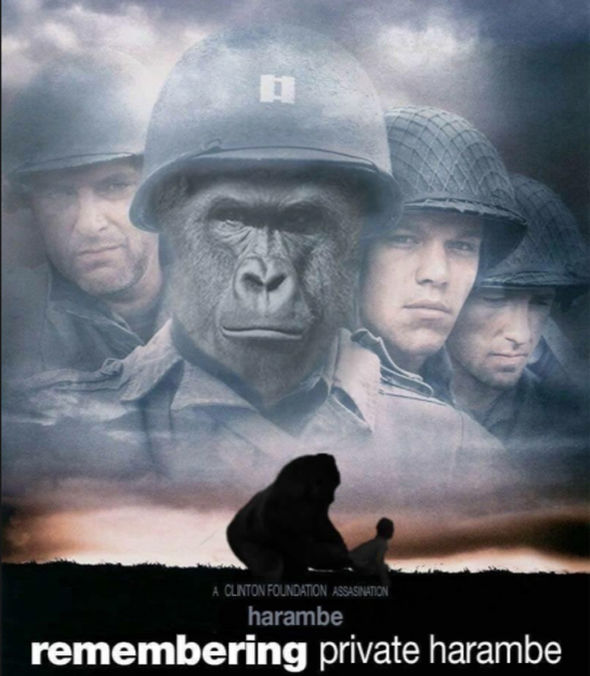 The famous Harambe who was put down so prematurely. A war crime. The internet continues to honor him and praises the gorilla for making a sacrifice due to bad parenting. 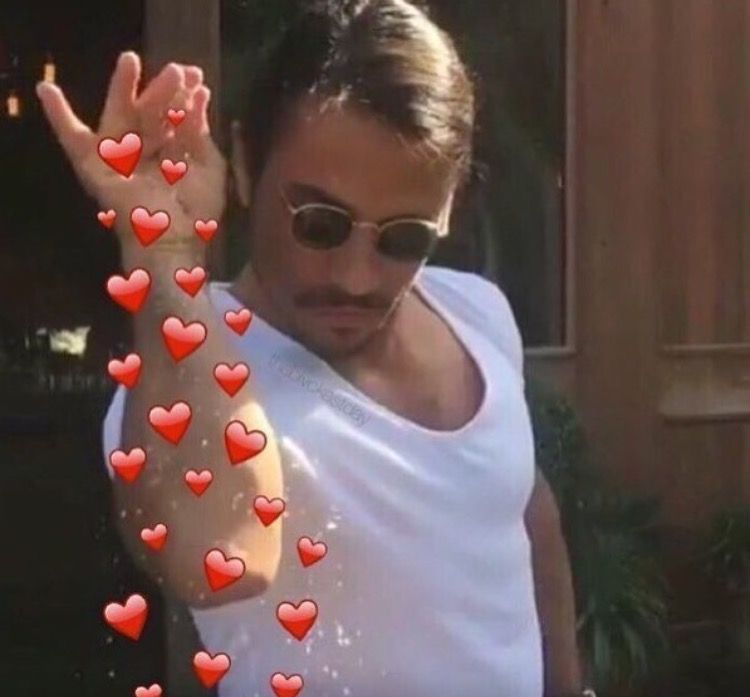 Salt Bae took everyone by surprise. Either by his looks, finesse, or just how he cooks his food with style we can agree it's a nice meme. 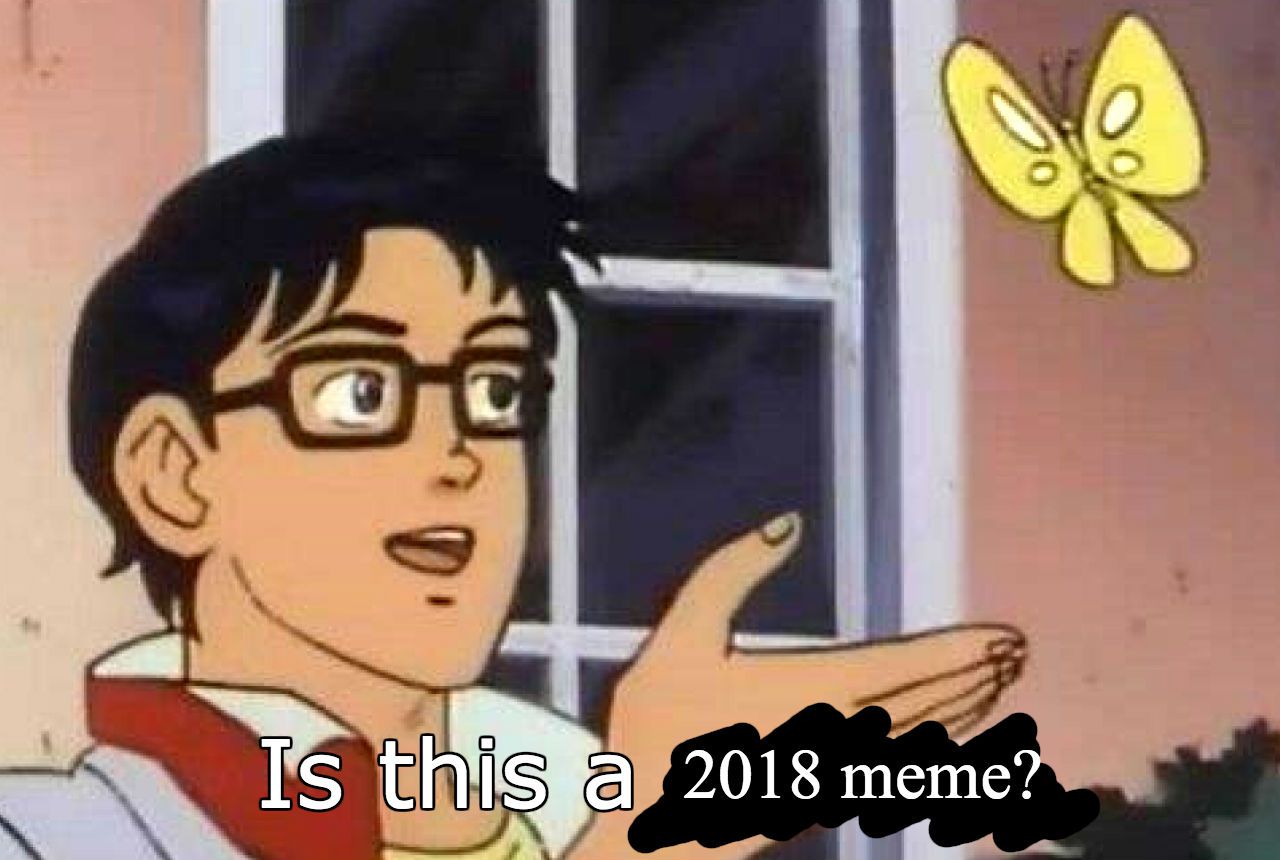 I swear for some odd reason it felt like 2018 was centuries ago. It went by so quick at least for me as I vaguely remember. 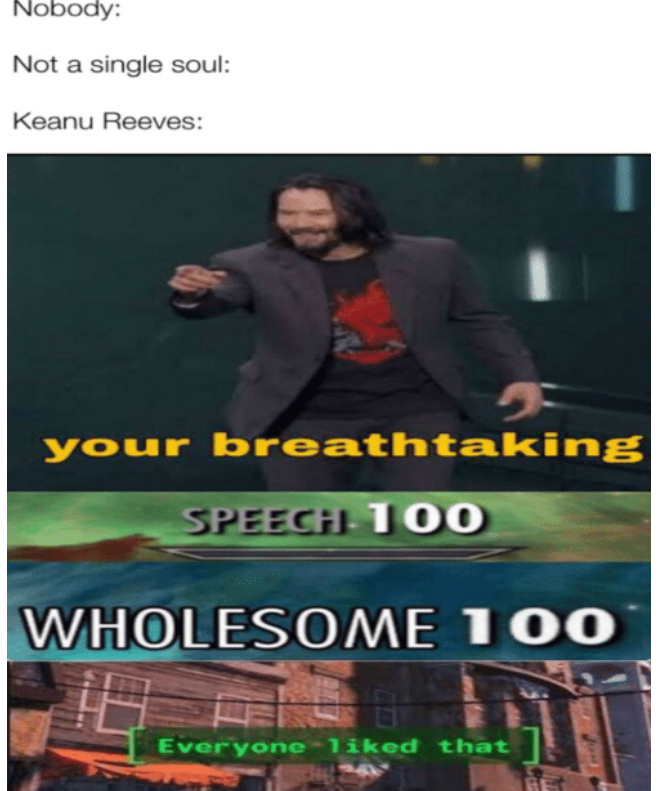 I have been touched by Keanu Reeves to my very soul. How wholesome and awesome this man is. I read up on his backstory and what made him the man today. I'm glad the internet community has just praised him as our Messiah of the Internet. 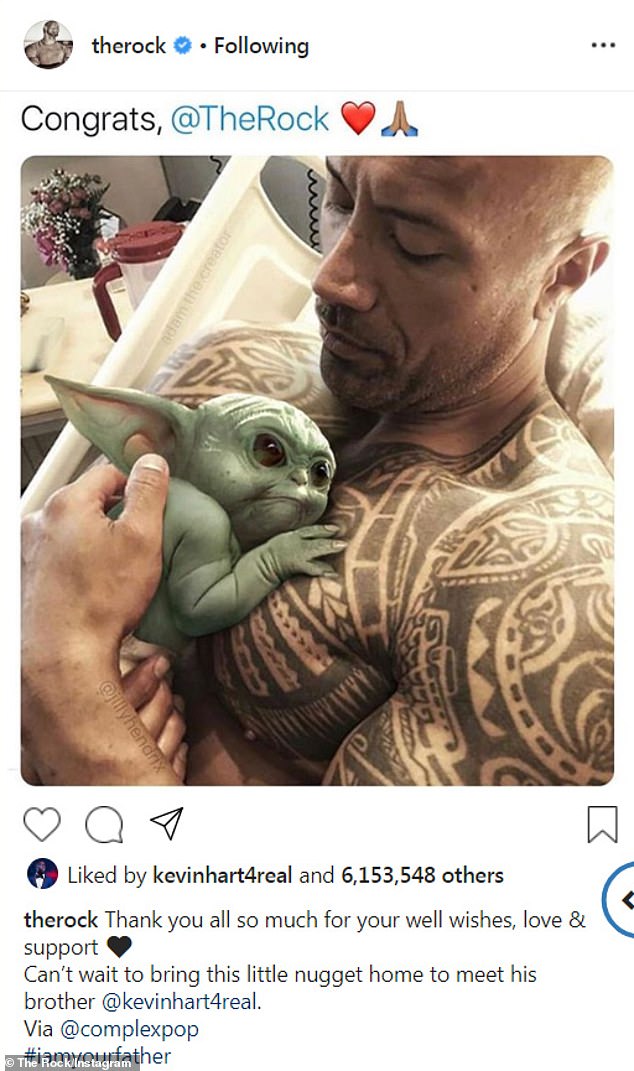 Of course Baby Yoda. December's Meme which will most likely lead into January the new year. May this new decade be better than the last. 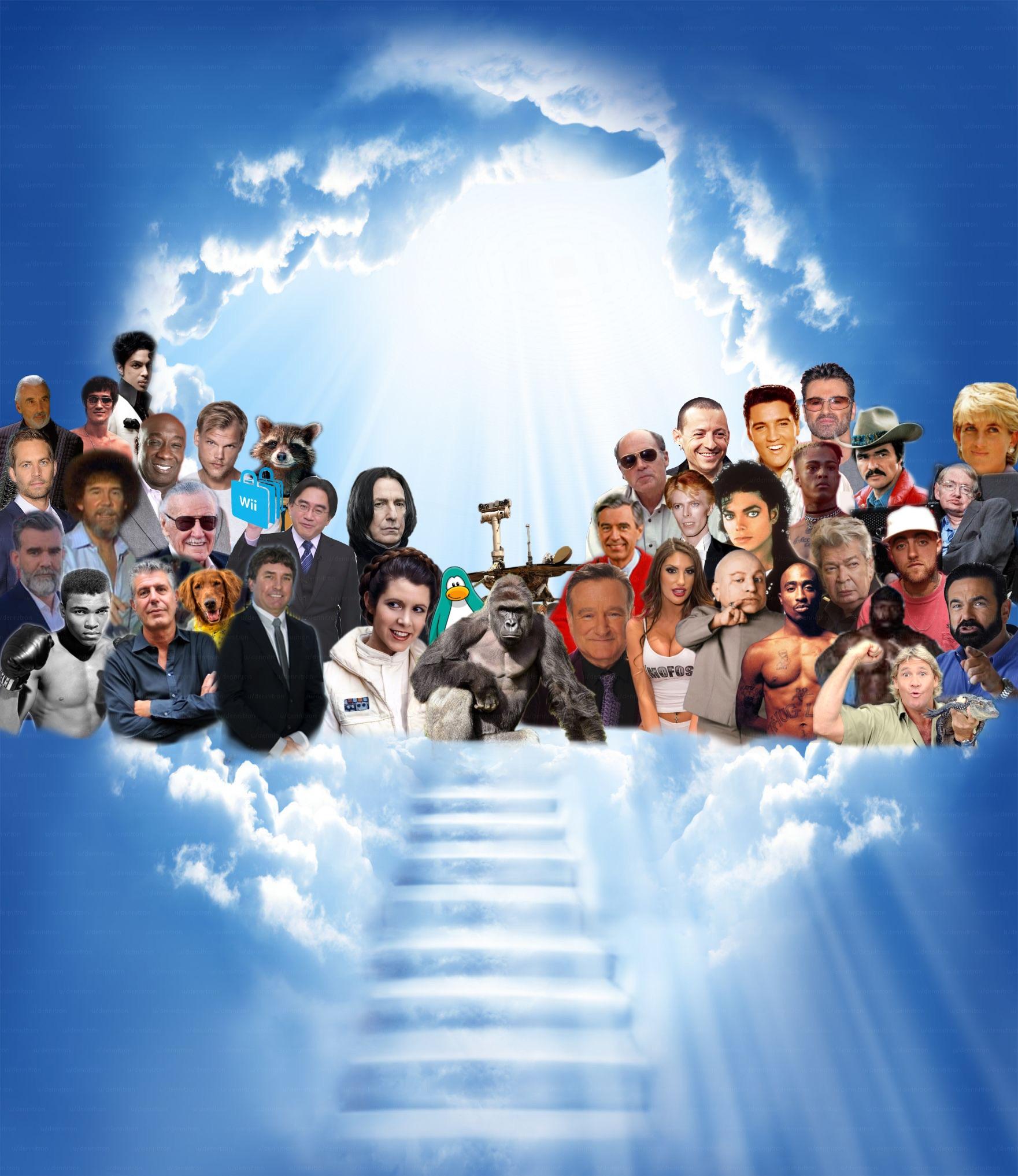