My take on First Person Shooters

The earliest memories that I have of First Person Shooters would be sitting down and watching my dad play Medal of Honor: European Assault on his PlayStation 2. I bet the only reason that I became such a Medal of Honor fan was due to the time that I spent watching my father take down enemies. Even while I did not play the game, I still felt like I was there, fighting in World War 2 and fighting with my allies. I actually felt immersed in the game.

Around that time frame, I experienced my first bit of Call of Duty. The mechanics were similar to Medal of Honor, and so I loved it just the same. I did not feel as close to the characters or the story, but the gameplay and difficulty were right up my ally. However, as I continued to grow with Call of Duty, I noticed that the gameplay was suffering. Not because of new mechanics, but more so to the lack of new mechanics. It seemed like the same thing, over and over again, and, on top of that, it did not feel like there was a real push to have me keep shooting. 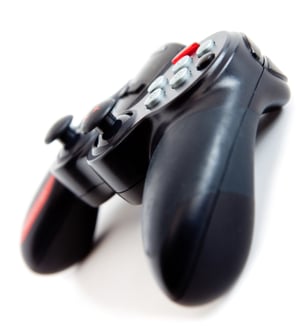 And so, since there wasn’t a reason to keep shooting, and since the gameplay was boring, I stopped playing.

I feel as if, with shooting games, the gameplay can and will become boring if the game does not mix the gameplay up in some way. That does not mean to make the shooting game NOT a shooting game. It means applying that shooting mechanic to multiple things in order to break the monotony of everything. For example, Having the player rapidly shoot a part of a map in order to unlock another part of the map. How about having them shoot different parts of an enemy for extra/different kinds of damage, instead of just one area, or, in most shooters, the head? It is this kind of variety that makes shooting games interesting.

On that note, I would have to say that Call of Duty and Medal of Honor do not cut it. Both have pretty monotonous gameplay that will get stale the longer that one plays it. However, I feel as if the best game that knows how to spice up its gameplay would be Team Fortress/Team Fortress 2. Team Fortress, from its inception, applied multiple applications for the shooting mechanic within their game. For example, you could use shooting as a movement option, pointing a rocket launcher down at your feet or using bombs to propel yourself upward for forward. In Team Fortress 2, instead of shooting to kill, you can shoot to heal people. It is this kind of variety that kept the series alive for so long.

What interesting ways have you seen games use their shooting mechanics?