How to Succeed in Game Jams

I have participated in a lot of game jams during my time at UAT. If you’ve never heard of a game jam, they are competitions to make games in a short amount of time, usually 48 hours, based on a theme. There are around 3 game jams a year hosted here on campus, and I try to never miss one. I just recently brought my on-campus jam count up to 7 with the Founder’s Jam 2019, so as you can tell, I really like game jams. Being able to start a weekend with nothing but a blank canvas and end the weekend with a fully functioning game gives a feeling of accomplishment you’ll never get anywhere else. 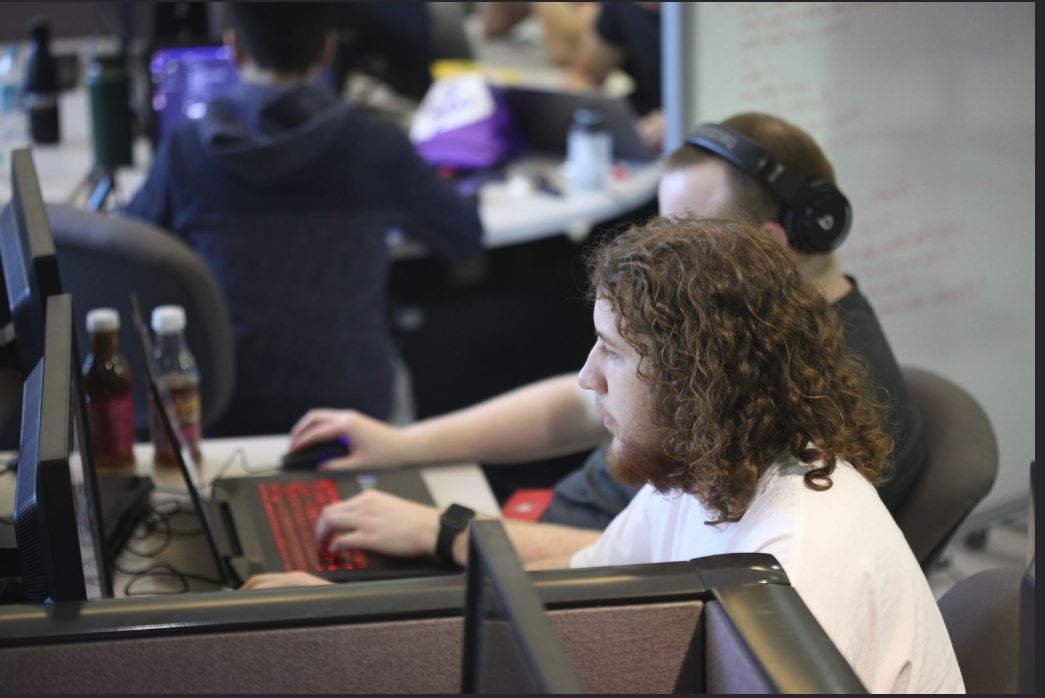 BEFORE THE GAME JAM

Say you decide to join a game jam. What should you do to prepare? Your first step is going to be determining whether you want to do the jam with a team, or by yourself. Doing jams solo is a tough task, but if you think you’re up to it, it can be very rewarding. Of the 7 I’ve done here so far, I was solo for two of them [1] [2], and they ended up being my favorites. Working with a team is going to be the preferred option for most people though, as you can use the skills of everyone on the team to make a better game. Once you’ve decided your team setup, think about what engine you want to use. It will be helpful to know what you’re going to be working with before you commit to anything. You may even want to choose engine before building your team, so you can get a team that works best with that engine. The last thing to do before a game jam is practice. Just ensure that you warm up and re-familiarize yourself with your tools before the jam, so you can efficiently use your time instead of spending time relearning everything you need to know.

Now that you’ve set up, it’s time for the actual jam. Make sure you are well rested and healthy, because for the next 48 hours (or more) you will be working tirelessly to complete your game! At the start of the jam, the theme will be announced. With this theme, you must come up with an idea to make your game about. Coming up with ideas is the most important part of this process, so don’t try to rush yourself here. It is OKAY to spend 6 hours just coming up with a good idea and expanding upon it. Try to make sure it’s an idea that focuses on a simple, but solid gameplay loop; something that is relatively easy to make, but will fully engage your player. Start as small as you can with your idea, because it will naturally grow and change as you are developing it. Once you’ve settled on a good idea, it’s time to get to work. Designers should be focusing on every core game aspect, things like UI, player experience, basic mechanics, etc. Programmers should begin creating the core game loop and ensuring that the game is fun as fast as possible. Artists should be making some of the most important art first, things like your player, characters, UI elements, and environments. And off you go, developing your game!

24 hours later, your team is deeply focused, trying to wrap this thing up; you’ve got 12 hours left. What should you do? First step, finish your core game, make it playable. If your game does not already have a win state and a lose state, add them ASAP. Once it’s past that point, add any of the features you need to make the game FUN. If it’s fun, it’s time to juice it up! “Juiciness” is a big part of making a good game and will take your jam game to the next level. What I mean by juiciness is things like sound effects, particles, small details to juice up your player experience. As well, you should ensure that your game has a tutorial of some kind. Teach the player who’s never seen your game before the controls and objective of your game! With all of these things done, at the end of the jam, your game should be ready to play. Ensure you upload or submit it if there’s a place to do that, and just like that, you’re finished!

Once the jam is over, make sure you play other teams’ games. Everyone worked hard and seeing all of the other creations is a great way to decompress after all that. If the game jam has judging or prizes, stick around and see the results, but always remember that the prize is your product, and if you made it to the end, you’ve won.

So there you go, my tips on how to be successful in a game jam. If you decide to join a game jam in the future, remember this advice, but even more importantly, remember to have fun!

Connect with other UAT students at happenings around and off campus. Check out upcoming events and don’t forget to reserve your ticket!