Changing The Way We Interact With Phones: HoloFlex 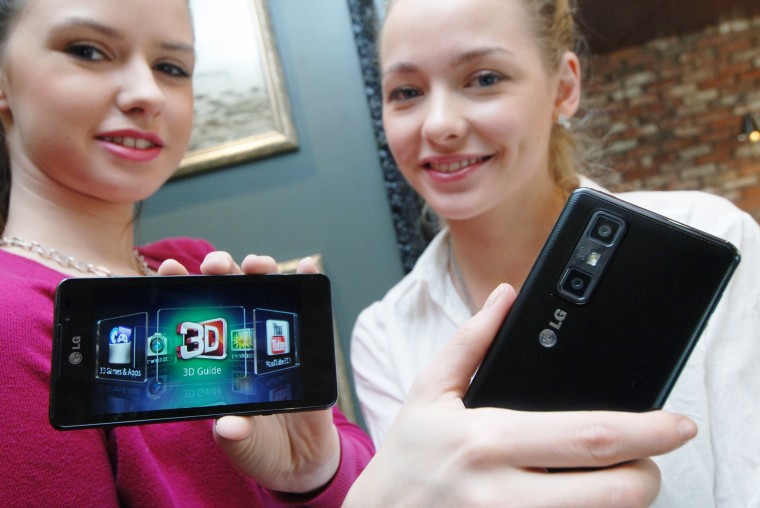 Phones have been pretty 2 dimensional since the release of the all touch screen smartphones we have today. Back in July 2011, LG daringly released the Optimus 3D that featured an autostereoscopic 3D screen - fancy talk for 3D without the glasses. This type of phone was not the first nor the last of its kind, but it did create a buzz about the new way people may be looking at their phones.

The reception was mixed about the Optimus. On one hand, the phone included a new display that added depth to it. Some of the phone specific tools utilized the 3D display, but like the Nintendo 3DS, many people did not see the use of it besides being a gimmick. Not only that, but some people find the autostereoscopic screen to be straining on the eyes. It also had to compete with the iPhone 4S as well as the just announced iPhone 5, so not many people cared or were even informed of the new display phone.

The phenomenon of 3D media is interesting to hear about. It seems like having a 3D experience would improve the viewers experience over 2D, but that doesn't seem to be the case. There is a very vocal majority (it seems) of people that advocate the end of 3D movies because they do not like it for one reason or another. There is the same vocal group that dislikes the use of 3D in gaming. For example, the Nintendo 3DS or the ability to 3D game on PC. Most of the time, players do not enable the 3D feature while gaming, and the feature of 3D gaming isn't usually talked about by developers.

It seems that users are very content with their high definition 2D displays over the features of at home 3D. Samsung and LG even took a huge risk when they introduced their curved TVs and monitors. At first it left many people asking why, but through amazing marketing the benefits of a curved screen were successfully conveyed to the consumer. It is true – curved screens create a better viewing experience. This could have gone horribly wrong for those companies, though. People take their displays very seriously.

Despite 3D struggles, a new phone is waiting for the market. This time, Kingston is trying their hand with the HoloFlex. This new beast is a holographic, flexible phone. Kingston took advantage of 3D using the newest FOLED (Flexible Organic Light Emitting Diode) screen so that users can bend and curve the screen to get a full 3D rendering of an object. The screen is actually textured with fisheyes to create the hologram look. The display under is a full 1920X1080 HD screen featuring 16,000 fisheye lenses. This means that the resulting image is about a low 160X104 render.

Building on the success of the ReFlex flexible smartphone, HoloFlex is also equipped with a bend sensor, which allows for the user to bend the phone as a means of moving objects along the z-axis of the display. HoloFlex is powered by a 1.5 GHz Qualcomm Snapdragon 810 processor and 2 GB of memory. The board runs Android 5.1 and includes an Adreno 430 GPU supporting OpenGL 3.1.

Dr. Vertegaal envisions a number of applications for the new functionality of the HoloFlex technology. A first application is the use of bend gestures for Z-Input to facilitate the editing of 3D models, for example, when 3D printing. Using the touchscreen, a user can swipe to manipulate objects in the x and y axes, while squeezing the display to move objects along the z-axis. Due to the wide view angle, multiple users can examine a 3D model simultaneously from different points of view.

“By employing a depth camera, users can also perform holographic video conferences with one another”, says Dr. Vertegaal. “When bending the display users literally pop out of the screen and can even look around each other, with their faces rendered correctly from any angle to any onlooker”.

For the interested readers, there is a quick further reading on the implementation and application of this kind of technology. One example of the holographic uses is in mobile gaming. Take Angry Birds, for example. The bend of the device is used to propel the bird to the target. The bend plus the holographic display makes it appear as the bird "jumping out" of the screen and into the targets.