Alright, this topic could get weird. For those of us who have a staple series or franchise that we love to follow, whether it be comics, manga, anime, movies or video games, we have all come across at least one fan theory or fiction. As a whole, they are simply the way another fan views a franchise or wants that franchise to go. For the most part, they are harmless and just a form of artistic expression and gratitude. However, I want to dig deeper into these theories, especially as someone who hopes to create a franchise in the future. 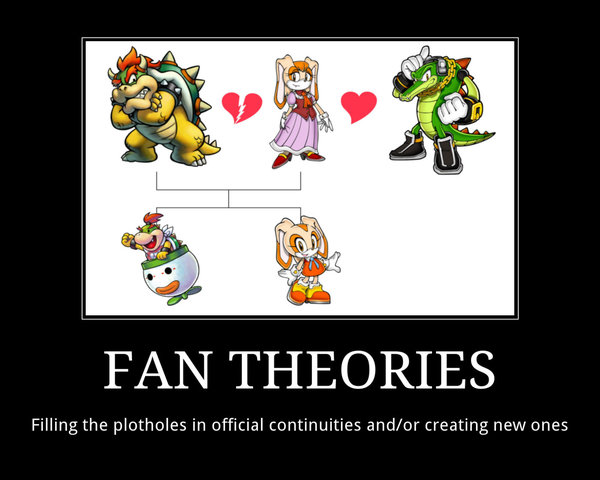 Any and all fan theories are just assumptions that are intended to explain what is usually an unfinished series. It is important to acknowledge that none of these stories is true, but they are usually supported by facts. That's why I view each fan theory as a well-constructed argument, rather than something to take as law.

Fan fiction (AKA fanfics) are fictional stories written by fans of a particular series that typically involve the characters of that particular franchise. Unlike fan theories, fanfics are entirely non-canon, meaning that they mean absolutely nothing to the official series and do not exist in the series’ universe. 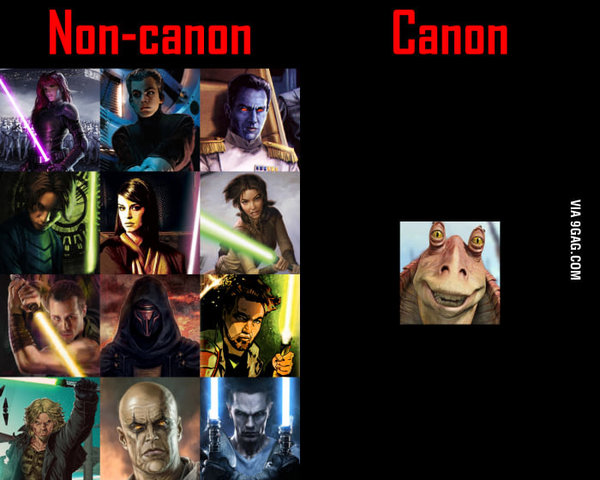 I like to have fun with fan theories. Being able to take a string or sequence of events and find something that others may not have is extremely creative and thought provoking. What’s not to enjoy? Plus, since the very nature of fan theories includes supporting an argument with fact, they often lead to fun debates too. These discussions may reveal possibilities that the original theorists had not thought of beforehand and suddenly birth a whole new theory. Essentially, fan theories kind of get my creative juices flowing and exercise my mind in a different way.

Check out the fan theories below from Courage the Cowardly Dog, The Magic School Bus / Captain Planet and Batman. 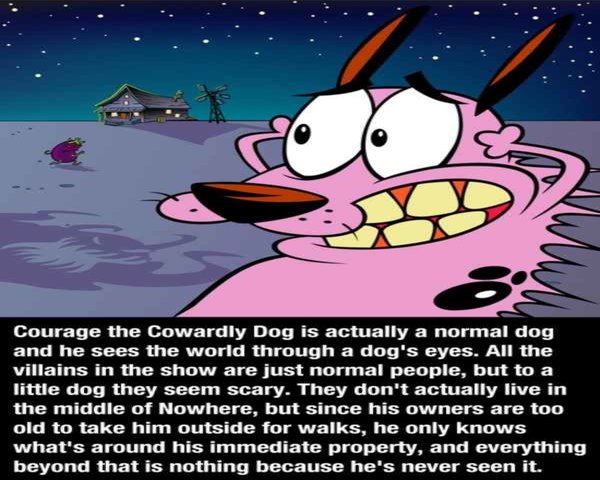 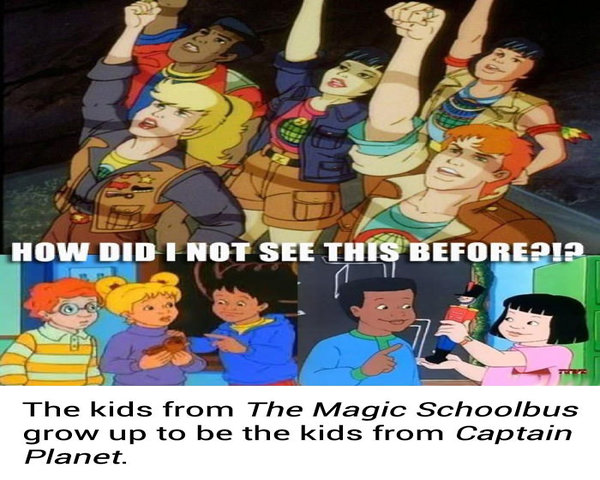 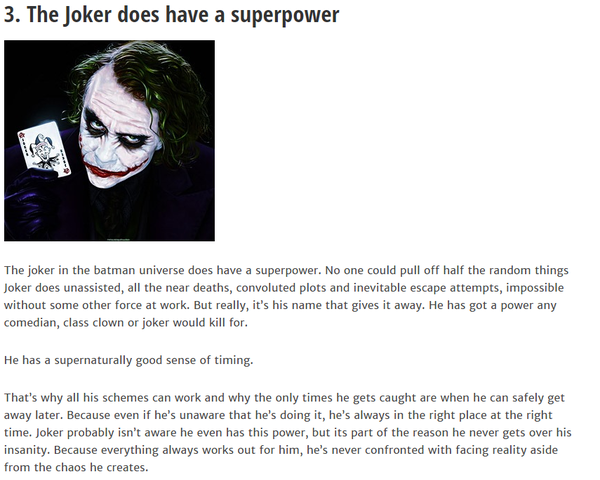 I worry about fan fictions. Nothing is wrong with being a fan of something and thinking, “What if this happened instead?” However, it can be disconcerting when a person decides to write something involving a beloved character and essentially represents them the wrong way. It’s a common mistake when someone decides to write a character completely different from that character's original self. Sometimes, it is on purpose, but most of the time it happens because the writer does not fully understand how the character works. The other part of fanfics that worries me is the quality of the stories themselves. Not everyone is a great writer, and it is unfortunate when a person who decides to write fanfics falls short. If the story doesn’t make sense or fit with the theme of the source material, it already feels out of place. And if the story itself just feels bland or lacking in substance, then it falls flat. 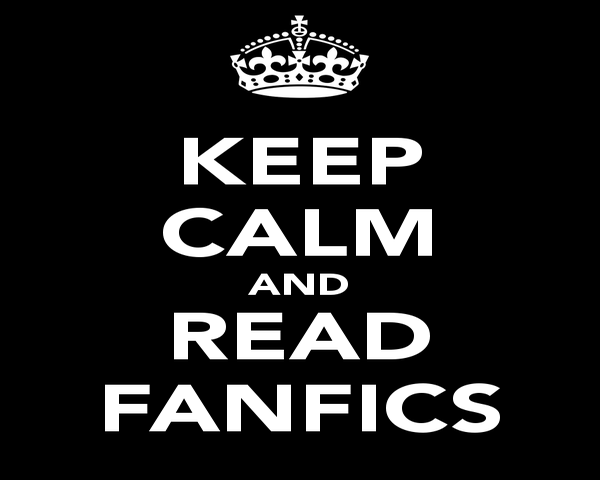 Now don’t get me wrong; fanfics as a whole are not bad. They’re just another hobby for writers who enjoy a particular series. In fact, most people might worry about or dislike fanfics because they delve into areas that are typically deemed “inappropriate" by society. Sadly, people think of those types of fanfics first before even considering well-written and thought-out stories that some fans have created over the years. I myself might even consider writing a fanfic if it suits my whim, and I encourage people who want to write fanfic scenarios. It’s another exercise of creativity, and I find such things to be immeasurably more beneficial than harmful.

Overall, I like the idea of fan theories and fanfics, but I worry about the quality and execution. What do you think? What are your favorite fan theories or fanfics?