Hi, again! Happy to be back to writing gaming blogs for all of you guys! This time around, I’m going to be talking about a game that I just rediscovered my love for - Don’t Starve! More specifically, Don’t Starve Together - the multiplayer sequel to the original game. 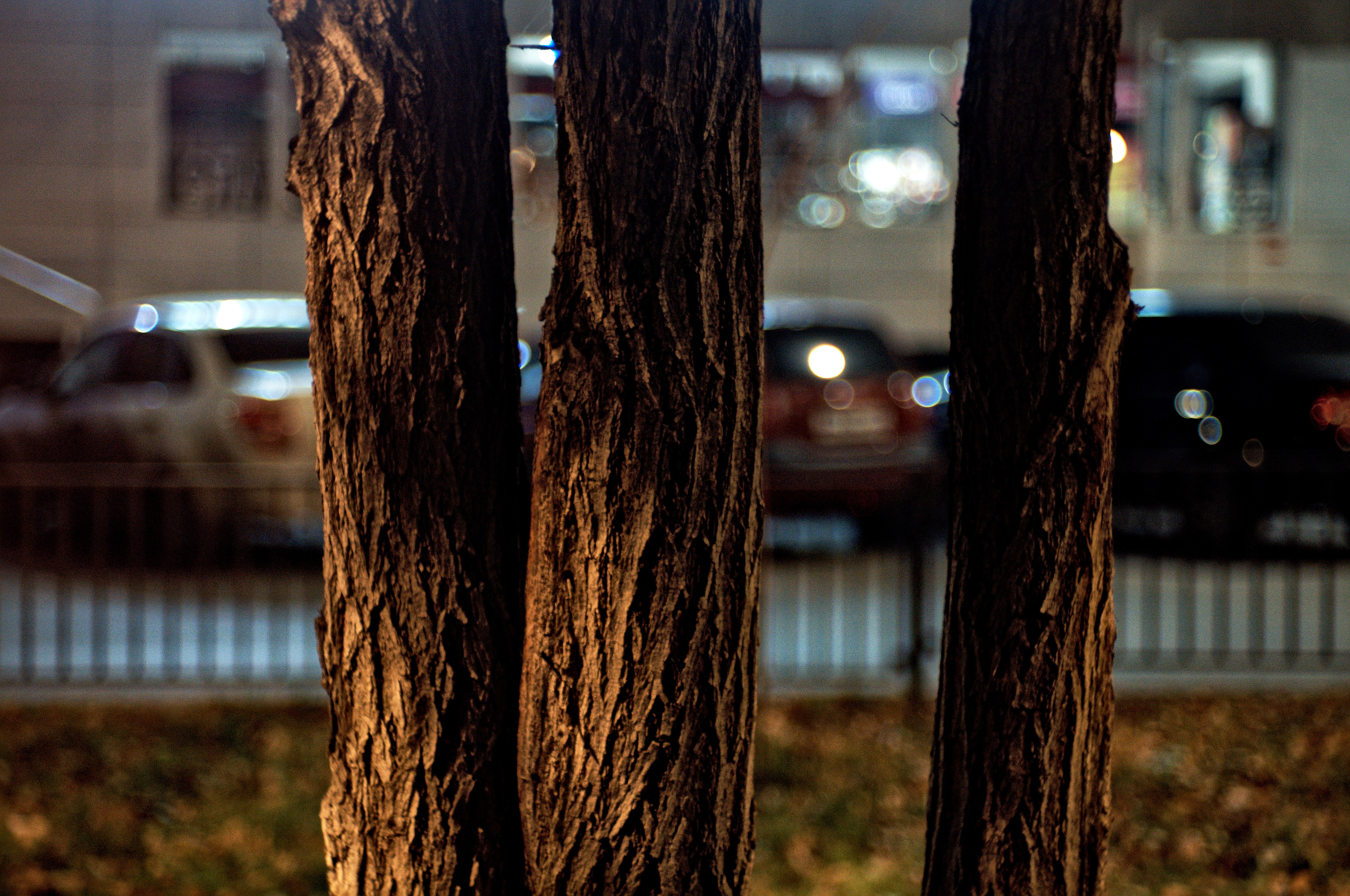 Back when I was in high school, I played this game all the time. Given, I was pretty horrible at it (and, honestly, I still am), but I always found myself having fun even when I failed. I loved building up my first base, making friends with all the pigs, and ultimately having both ripped away from me suddenly by hounds and Deerclops (Okay, maybe not so much the last part, but it did give me an adrenaline rush to keep trying).

Even as they added more content to the game and made it harder to survive, I still always found myself enjoying the game. With the inclusion of insanity in The Insanity! Update, new seasons in the Reign of Giants DLC, and a whole ton of other content that was added in, I found it harder to survive. But, in the end, despite the constantly increasing difficulty, I still kept on coming back and having fun.

But then how did Klei make it to where the game was this fun? What keeps bringing people in?

Our first stop in figuring this out would be the character select screen. Don’t Starve has grown a lot over the years, creating characters that have provided different things to the player. However, we are going to go to the simpler time of the Don’t Starve early access beta, where there were only 5 characters to use.

Each character provided something new that the player could use, but none of them were better than each other. This provided an asymmetrical dynamic within Don’t Starve, which allowed for players to pick any character they want and have experiences for each playthrough, while still being able to have access to a lot, if not all, of the same opportunities in each world.
On that note, to understand how Klei made this character choice matter, we would have to look at how they designed each character.

Take, for example, Wilson, the first character that the player could choose. During the beta of Don’t Starve, he was the only person who could have grown a beard, which made it easier for the player to keep warm and not freeze to death when the in-game season changed to winter.

In the case of Willow, she was the only person who had an infinite lighter, which allowed her to ward off Charlie - an enemy in the game that would strike the player if they stood in darkness for too long.

For Wolfgang, he was the only person who could change his max stats, allowing him to increase his health and strength to survive longer. Wickerbottom had access to books that allowed her to activate in-game events ( plant growth, Lightning, etc) and a higher tier of knowledge, which allowed her to get quicker access to stronger survival tools.
Lastly, for Wendy, she could summon her ghost sister, which attacked enemies for her automatically.

While each character did something great or sometimes better than other characters, it was not like a character was completely stronger than the last. After all, it’s not like Wolfgang can grow a beard like Wilson, and it’s not like Willow has instant access to stronger weapons. Outside of Wilson - the beginner character of the game-each character had their downfall that made the playing field equal in some way. For example, Willow would light fires at her feet when it gets too dark, which would cause the structures of the surrounding areas and items to catch on fire and be destroyed. Wolfgang would need to eat a lot of food to boost his stats, thus making resources scarce in the world. Wickerbottom could not sleep, locking her away from gaining health via sleeping items. Lastly, Wendy had lower health and strength, making survival in fights harder to pull off. 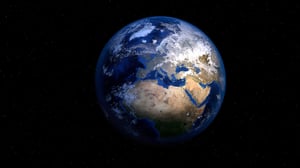 Another thing to consider would be those opportunities that I mentioned beforehand. A world in Don’t Starve has a lot of items that the player can create, alongside a lot of natural events that the player could benefit from. A character a person plays as does not affect the availability of either of those things. Whether you play as Wilson or Wendy, you will still have access to some items that can keep you warm during the winter. And whether you play Wolfgang or Willow, you will still have access to some form of a light source to ward off the darkness. If anything, the availability of an item or event would be based around the world generation settings, which I will speak about later.

Overall, the choice between characters was based around preference and wanting to try something new in the game. Anyone could play any character and have an equal chance of surviving or failing within the game.

That was all within the beta, however. Again, we had more characters added to the game, with each providing their pros and con. As of right now, we have a total of 22 unique playable characters. We have a lot of other content and scenarios that allow for each character's ability to shine, while still maintaining that asymmetry that makes these characters interesting and fun to use.

On a side note, the asymmetry seen within beta Don’t Starve and current-day Don’t Starve/Don’t Starve Together is completely different. While the choice of characters was based on preference beforehand, it is now sometimes based on preference, skill, or both. This started to happen around the time Wes was introduced to the game. Wes was designed solely around providing a challenge for the player, having little to no advantages ( unless you consider him starting with a Pile o’ Balloons item as an advantage, despite how it can quickly drain sanity and having a low damage output), having weaker damage output and being able to starve faster than the rest of the cast.

While future characters were not as difficult/skill driven to use, a lot of them had similar designs applied to them. We currently have a few characters - Wigfrid, Warly, and Wurt- designed in a way that locks them out from eating certain foods, forcing the player to find new means of keeping each character's hunger up while also managing their other downfalls. However, if the player can find ways to overcome these challenges, then a lot of benefits would naturally come to them. For example, if Warly could get a decent farm at their base and consistent food supply, and if they can make a variety of filling foods for themselves, then they can easily keep their hunger up to comfortable levels while also creating stat-boosting foods for the rest of the team ( if playing Don’t Starve Together). Wigfrid can use her strong armour to easily hunt down enemies that provide a lot of meat, which not only makes hunting/farming easier but also makes her a good fighter for the harder bosses in the game, Lastly, in the case of Wurt, she can save the fish that she can not eat for the spawning of a Merm king, which automatically boosts the stats of Wurt and any other Merms in the world.

In other words, the newer, harder characters, have a lot more risks compared to other characters, and some items are locked away from them in some way. However, they also have huge rewards to make overcoming these challenges worthwhile, thus maintaining the asymmetry, but for mostly skilled players. 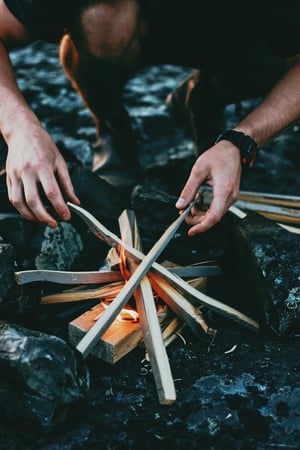 However, while the asymmetry gets maintained with each individual character, team combos do break that. In the case of team combos, a Warly, with his stat increasing foods, and a Wolfgang, with his high damage output, completely makes any other team combo irrelevant, as the Wolfgang can now dispatch enemies quickly without taking a lot of damage. No other team in the game will ever match the damage output that this team provides. I do have a problem with that as that does make the game somewhat unbalanced, but it’s not like Don’t Starve is competitive in any way. It’ll be multiple players working together, so, maybe, having the choice of creating such an overpowered team might be okay if everyone agrees with it. Plus, again, it’s all up to preference; players do not have to play these extremely strong teams if they are not interested.

Overall, I believe that one of the reasons for Don’t Starve being fun is due to the ability of the player to choose different characters that can fit their playstyle. Another reason would be due to how these characters provide unique challenges that force the player to find unique solutions, which creates a lot of room for creativeness and open-ended gameplay. Lastly, the game is fun due to how there isn’t a wrong answer when it comes to these characters, providing differing experiences that are no worse than the last unless it is simply something that the given player does not like.

Click here for information on our degrees in Game Studies or schedule a virtual tour with me in Discord.

Posted on Apr 1, 2020 3:19:55 AM by Hakim Ottey in student activities, in student blog, in Student Ambassador, in Game Studies