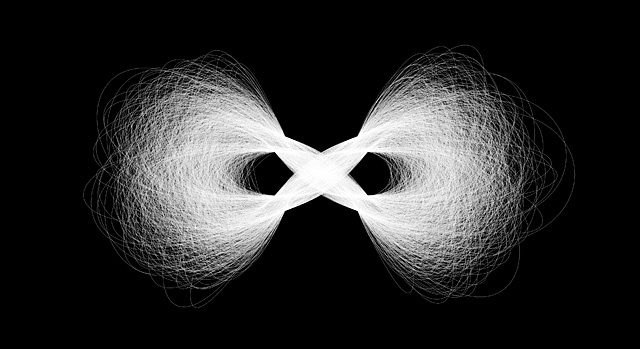 "Whether instructed to stroke ten thousand cycles or even just a few hundred, the computer never complains. It always compiles." -John Maeda

There has been much debate if the STEM (Science, Technology, Engineering, and Mathematics) field should incorporate art into their department – becoming "STEAM." When I first heard of this about a year ago I was against it. I don't see art as "lesser" than any other subject in any way, but I didn't think it was in the same family as science, technology, engineering, or mathematics. Science and math are non-subjective, uninterpretable, and traditionally not "from the mind" like art is.

I have change my mind, though. I can see the argument for art in the STEM field. It wasn't until I researched a man named John Maeda for my Special Topics In Art 323 class that I saw the light.

John Maeda is a business leader, designer, and technologist who explores how to merge business, design, and technology. He is the head of Automattic as well as a computational designer for the company. He encompasses many values of human computer interactionists, and in fact, all designers could really be considered HC-interactionists. John has a unique position - he is a business leader, designer, and computer scientist.

Maeda, like many others, have used art and design in math, programming, and science. In 1995, he created 5 "books" called the Reactive Books. These books take elements of human input, creative design, and the computer. The video below demonstrates his five intractable designs, and keep in mind how revolutionary this was for '95.

I feel almost foolish for not realizing the power of art in STEM because my whole study in school is in Human-Computer Interaction. It is my job to find the best and worst ways humans and computers can connect with each other. Design is one of the most important aspects of our interactions with computers, and "Smart Art" (as I like to say) is the scientific, technologic, engineered designs that make our relationships with computers so seamless, aesthetic, and almost romantic.

John Maeda has opened my eyes to a whole new area of design in the world of computers, and his philosophy is strong. Here are summaries from his highly recommended books if this type of subject interests you.

“Throughout the book, Maeda emphasizes the importance—and delights—of understanding the motivation behind computer programming, as well as the many wonders that emerge from well-written programs. Sympathetic to the "mathematically challenged," he places minimal emphasis on mathematics in the first half of the book.”

“John Maeda’s mission is to forge links between computer science and the graphic arts.With his fascination for the untapped artistic power of computer programming and his conviction that the computer is not merely a tool but a powerful means of expression”

“laid out his belief in the importance of designers understanding the computer as a medium, not just a tool. … arranged into themes that apply to today’s design issues: information visualization, digital typography, abstraction, interaction design, and education.”

The Laws Of Simplicity

“we are learning that simplicity equals sanity. We're rebelling against technology that's too complicated, DVD players with too many menus, and software accompanied by 75-megabyte "read me" manuals. The iPod's clean gadgetry has made simplicity hip. But sometimes we find ourselves caught up in the simplicity paradox: we want something that's simple and easy to use, but also does all the complex things we might ever want it to do”

“he finds that the most effective way to pull people together is not social networking but free food. Leading a team? The best way for a leader to leverage the collective power of a team is to reveal his or her own humanity.”

Posted on Oct 20, 2016 4:30:50 PM by Gage Roland in Maeda, in steam, in STEM, in computer science degree, in design, in HCI, in Human-Computer Interaction Degree, in John