Greetings everybody , over the break I had the best vacation ever! It all started with my girlfriend inviting me on her family vacation , which I excitingly accepted I mean this was the first time I was going to actually get a full on vacation experience with my girlfriend I was so hyped so , on April 29th I headed to the airport , which might I mention I hate flying , I've flown numerous times its just I prefer being on the ground , Also being next to a person that constantly coughs in your direction gets really annoying. I had a connecting flight so once I landed in Chicago I had about an hour to kill so I walked around the airport , I only had about an hour wait so that killed some time. Chicago airport was very dirty compared to Sky Harbor and Pittsburgh airports which are very clean. Once we started boarding I was ecstatic because it was only about a 50 min flight time and Southwest is pretty good with getting there earlier then expected. On the way to Chicago I was in the mindset where your not asleep but your kinda out of it , only happens when I fly. When I got of the plane I had to go to the bathroom I never use the bathroom on planes I have had always had bad luck so I just stopped, then I rushed to the baggage claim. Once I got down the stairs I saw my girlfriend and was delighted with joy to see her , its crazy to think that one person could bring such happiness. then we talked and talked til my bag arrived , then once we got back to the car we looked at each other and knew that we both wanted food so we drove to Burgatory. This is one of our favorite places to eat and the food is so good , they give you a giant list and you can customize your own burger which is what we do every time plus we had an Nutella shake which was heavenly. After we ate my girlfriend and I went back to her college she showed me her dorm and roommates which was cool to see how her college was set up compared to UAT one thing was for sure they didn't get petting zoos. After that the next morning I helped her pack her stuff and then once we got back in town we stopped to have a bite to eat. Then in the morning we had to get up by zero dark thirty which is what her father calls it. Morning stuck and everyone was getting ready when Her mother was walking down the stairs and heard a crack come from her leg , this was serious as her father took her to the hospital while everyone went to bed for some extra hours. Then after they returned her father told us that she was going to be in a wheelchair/crutches all during vacation. We then hit the road to South Carolina which was a ten hour full of music and naps oh and food can't forget that. So I've never been to SC but its really beautiful there maybe my home soon to be. We also ate out almost everyday and southern food is a real treat , most of the food was completely different and amazing. Inside the city was awesome after we ate my girlfriends parents let us explore the town and check out all the shops , some of the shops were photographers which interest my girlfriend and I it was spectacular to get some tips and inspiration from other photographers , some pointed out whats the best camera considering I don't have mine yet. Taking pictures there was really great compared to the area I'm in there ins't much to take pictures of unless you have a car. these are some of the shots that I took below. Overall it was my favorite vacation just to be with people that love you and you love them. 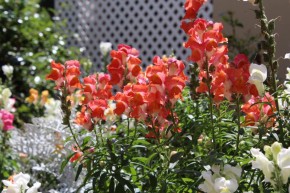 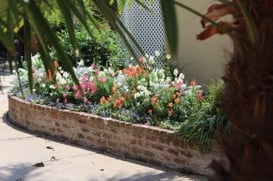