This past weekend, UAT hosted an event called UAT Experience which is where prospective students are able to come with their parents and experience life at the school together so that the parent isn’t left in the dark.

I actually had a two-part day within this event because not only am I a student ambassador, but I’m also an EXL leader, or the people that help with   orientation events and work with prospective students. The day started with organization of student badges, getting everyone settled, and ready for the day. It was probably one of the busiest mornings I had ever worked in this job thus far! When it reached 10AM, there were a whole bunch of student activities that were planned such as tours, meet and greets, and lunch. There would be times when those on the tours would start to wander, so it was my job to keep the pack together. I talked to a concerned father about the college and who was concerned about his son’s future since he didn’t know what he wanted to do as of yet. In the end, we talked about several subjects and it even went as far as who would end up running the show for the VR industry!

When it reached around 3PM, I had to end my time as a student ambassador and start my time as an EXL leader. I met up with the rest of the leaders outside of the theater ready to begin the second part of my day. To be quite honest, I was all kinds of nervous. I didn’t want to mess up, I didn’t want to seem uninteresting, and all of the above really. We introduced ourselves to everyone then went off with our students to get their luggage and get them settled into their room. I was fortunate enough to be paired with Edward who is also a Student Ambassador and an EXL leader. Afterwards, we did some ice breakers, got to know each other, and I even brought down a setup for Super Smash Bros. Melee and played a few games before dinner. During dinner, we spent a lot of our time talking, 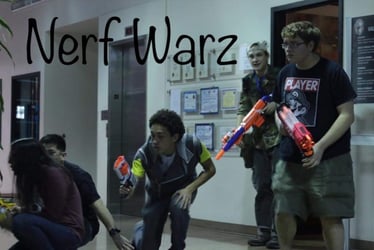 but it was great because many laughs were had. We shared stories about D&D, back home, how high school was like, how college is going to be so much better, and more. Conversations ranged from incredibly deep to dumb funny. When it hit around 6PM, club activities started. Tabletop Gamers were hosting a Red Dragon Inn event, Anime Club was watching crowd-selected anime episodes, eSports club was hosting a massive Overwatch tournament
, Nerf Warz had people shooting each other with Nerf darts while running all around the school, and more clubs were running throughout the night. Most were running up until midnight! Speaking of midnight, there was a Midnight Breakfast event that Founder’s Hall was hosting! There was a plethora of pancakes, bacon, and orange juice. As is expected of college 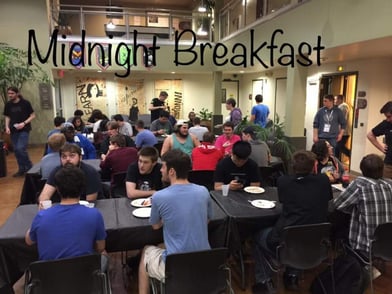 Overall, the event went extremely well and everyone seemed to enjoy themselves. All of the staff involved worked their hardest to ensure that the event would go smoothly. I would call that a major success in my book!