It seems like only yesterday that the UAT Digital Video team were driving out to the Casa Grande location to setup the first shot of Toppled. A month or so later, the trailer for Toppled has been officially released online and the hype has already begun.

Toppled is a short drama inspired by the Arab Spring, chronicling a dictator's flight from the rebels who seek to overthrow his regime. The film stars Tony Amendola (Stargate SG-1, Once Upon a Time) and Ayman Samman (American Sniper) and takes place in the aftermath of revolution as we follow a fleeing dictator and his body guard trying to navigate the harshness of the desert and the treachery of a world where power is everything.

The film is directed by Digital Video Program Champion Paul DeNigris and was written by Ayman Samman (who also stars in the film). The rest of the crew consisted of Digital Video students from various stages in their degrees and I was lucky enough to score the role of cinematographer.

Working on Toppled was an extremely awesome experience for all the students involved because we not only got to work with seasoned actors, but also had the chance to be on professional set without the pressures of being a professional. This means that the learning environment was much more freeing because we have the understanding of the director, who has already been guiding us through our schooling and thus knows the strengths and weakness’ of his students. Now obviously everyone was on their best possible behavior, but it made the whole shoot an extremely rewarding opportunity for everyone involved.

As cinematographer, my role was to create shot lists and, alongside the guidance of the director, figure out a look for the film. We both did extensive research into films that were similar in genre or featured a style that we liked.

From the very beginning Paul mentioned that he wanted almost everything to be a moving shot and so I explored the nature of movement within western civilization and what meaning it conveys to the audience. For instance, our culture reads left to right and when translated to camera movement, this is seen as progression. However, moving in the opposite direction (right to left) suggests conflict or struggle. I tired to capture this in Toppled as much as possible. 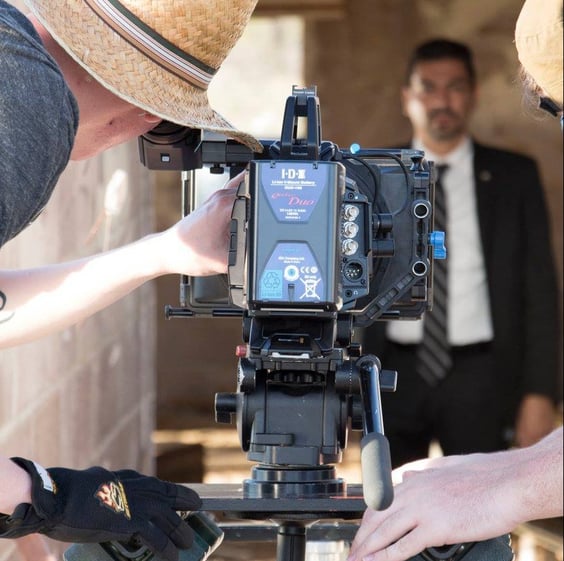 In the end I think we found a great balance between my own visual style and Professor DeNigris' vision for the film. I have always enjoyed being able to improvise in the moment and having that freedom allowed me to try things that I think really paid off in the final edit.

The Digital Video Program also recently brought the new Black Magic Ursa Mini and Toppled was a great chance for the students to become familiar with the new camera and also shoot in 4K resolution.

One of the highlights of the shoot was working with veteran actor Tony Amendola who I knew from Charmed and The Mask of Zoro. A lot of the budget was spent on flying Tony from L.A to the location and it’s clear from the trailer alone that he was well worth the money. Tony and Ayman both deliver grounded and fascinating performances. Never once did we need a retake because of a forgotten line or inconsistency. This made everyone’s job a lot smoother and allowed us to finished right on time… a rarity on film sets. 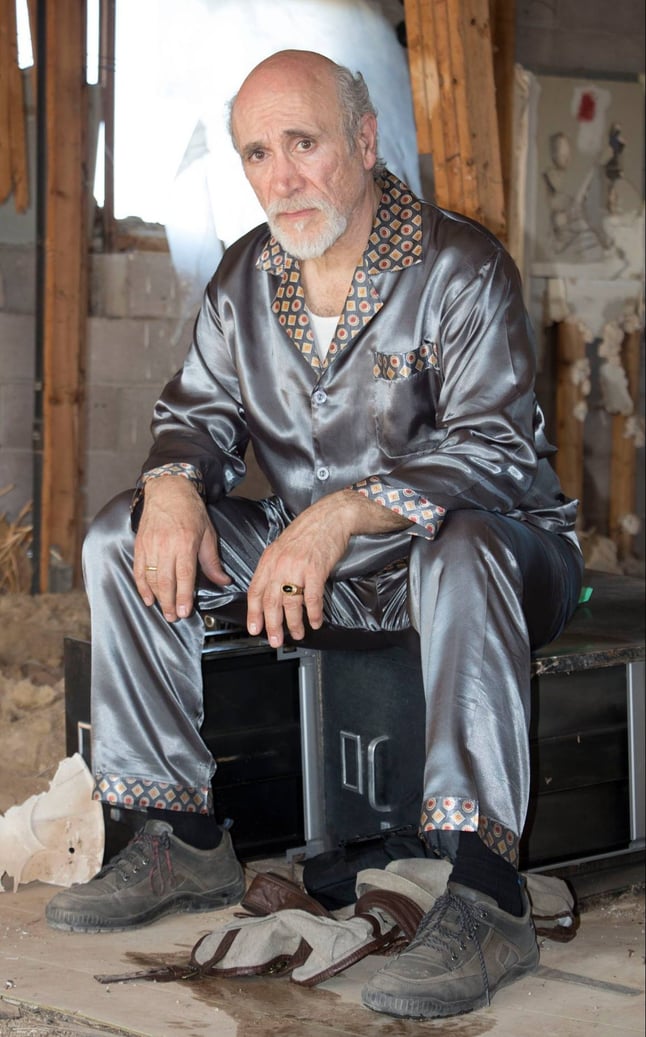 I think huge praise is due to everyone who worked on the film and all the production assistances, grips, producers, drone operators and on set hands who made the whole thing an extremely professional experience. Of course a massive thanks to director Paul DeNigris who lead the whole team to victory.

As of this moment, Toppled is undergoing sound design and colour grading. We all can’t wait to see the final product and start submitting to film festivals!

Posted on Mar 30, 2016 10:17:13 AM by Jordan Wippell in american sniper, in Blogs, in charmed, in cinematography, in dictator, in Digital Video, in mask of zoro, in movie, in University of Advancing Technology, in Ayman Samman, in drama, in official, in once upon a time, in paul denigris, in program, in short film, in stargate, in thriller, in tony amendola, in toppled, in trailer, in UAT