This Week in eSports 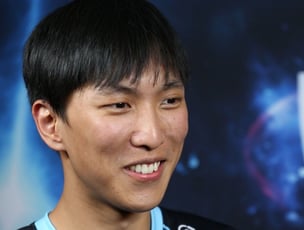 -Doublelift has been a monster in the League of Legends Championship Series. He’s rated at one of the best, if not the best, AD Carry in North America.

-As of right now, Team Liquid is last in team standings at 3-9, tied up with Team Envy.

-Formerly on TSM, the reveal that Doublelift will play for Liquid until the rest of the split is definitely controversial.

Will Doublelift be able to drag Liquid out of the dust? 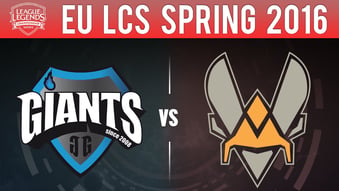 -Recently, a match between Giants vs Vitality was reset because of a bug concerning Orianna’s ball being invisible.

-Because of this, Team Vitality requested a reset to the entire match.

-The controversy revolving around this is that Giants disagreed with the reset, but the match was reset regardless.

-It turns out that this bug was reported over two months ago.

Anyone would be upset when a small bug costs you an 8k gold lead and two infernal drakes. Hopefully lessons will be learned from this.

-The top event was Counter-Strike: Global Offensive’s  DreamHack Masters Las Vegas, peaking viewers at 448,581 and the height of the event being VP vs Astralis.

-The rest of the competition didn’t come close, but notably the rest were League of Legends and Dota 2.

-Currently, MOBA games are extremely popular, but they’re not able to beat out the powerhouse that CS:GO has to offer as of yet.

Will CS:GO hold their place in the top or will MOBAs come to reign again?

-In the world of the Dota 2 Competitive scene, money is not being paid out to at least three teams after November’s Northern Arena Beat Invitational.

-”compLexity Gaming, Alliance, and Team NP are owed a total of $26,000 and are still awaiting payment.”

-BEAT Gaming says that they have paid staff wages and various expenses out of pocket for admins. The payment of prize money lies with Northern Arena.

[Washington D.C.] D.C. is gearing up to become the capital of esports, sponsors team NRG Esports

“NRG's Miller said ‘We’re really excited about it,’ he said. ‘I think it’s definitely a first for esports and a great validation of NRG but also the esports space and how big and interesting it’s becoming to the point that now you have really forward-thinking folks like Events D.C. taking a look and actually wading into the waters here and putting time and money behind it.’ ”

Before I start, Gamebattles is a public competitive area that was set up by Major League Gaming for people to get into competitive gaming on consoles. Recently, I had contacted a few people that were interested in playing Gamebattles(GBs) on Call of Duty 4: Modern Warfare Remastered and they had responded last night, actually. To start, we played a few public matches, but later on in the night, we decided to play some GBs and we were against a team named Team Zynk or Zynk gaming in a 4v4 best of three in GB rules Search & Destroy. In Search & Destroy, the objective is either to plant the bomb or eliminate the enemy team. Players only respawn after every round has started. In terms of GBs, you had to win 6 rounds to take a game.

During the first match, we got absolutely demolished. They outgunned us in almost every instance and generally played better than us. The second game, we played, I switched over to a sniper and took out several of them, and we ended up taking the win. The game was in our favor now. We had all of the momentum going into this third and final match. This is what it all came down to.

We were on the map Crash and started defending. We needed this win. I felt like I had something to prove. Prior to this, I was 0-13 in GBs just because I was playing in teams that didn't really take it seriously and it was just a mess every time. This time I know that I did have something to prove. Several rounds go by. It's 5-5. We go up to the 11th and final round. My palms were sweaty, knees weak, and my arms felt heavy. I knew that I needed this win. We had been playing for over an hour. We rush up on A building and secure it. B was a hard bomb to plant and one of our guys had it covered. We eliminated two off the bat. Two were left. Soon enough, Two of our own guys got eliminated. Time was dwindling down and all we had to do was defend. My teammate that was still alive was able to take out one and I heard footsteps right above me. I peeked around the corner and ended up winning the fight. I was so relieved. I was screaming with joy and it was an amazing time. Below is the score at the end of the game and I was more than happy to see it. Overall, I learned a lot of strategies and learned the patience that competitive Call of Duty requires. 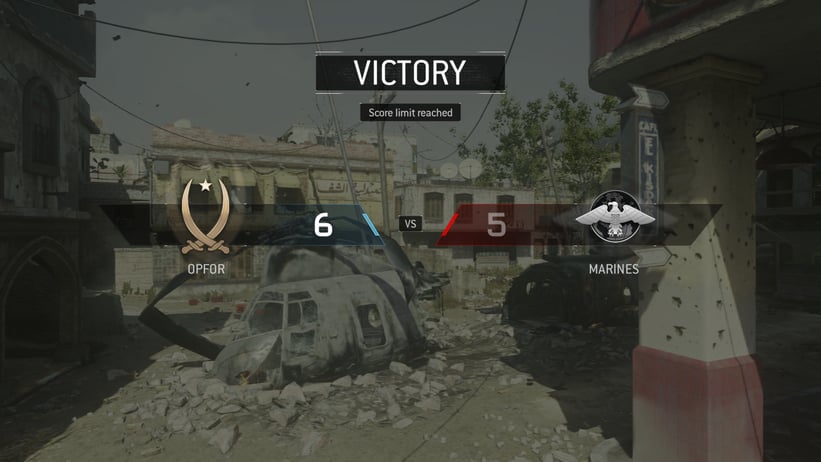