The End of Brown and Bloom?

Brown and bloom may sound familiar to some of you gamers and moviegoers though some may have heard it as the trope "Real is Brown".

Basically, it's the idea of making things more realistic by desaturating the colors of an environment and making them basically look like they are covered in dirt. It's not a new phenomenon, and the game market is full of these titles which rely on monochromatic environments to make the environment seem harsh and unforgiving. 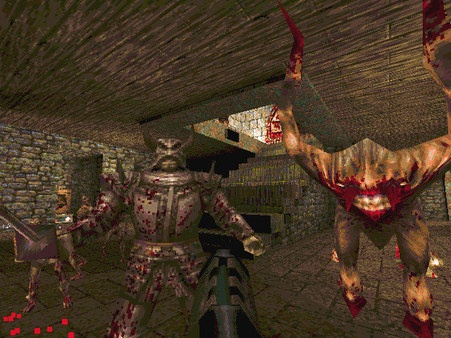 Of course, to a certain degree this is true. Scrape away the paint off of something, let it rust, and cover it with decades of dirt and sure it'll be pretty brown. Paper yellows over time and a bright red fire will quickly leave nothing but gray ashes. The problem is, in a fictional setting all these grays and browns remove a ton of visual appeal which can draw the user's eye and keep them interested. 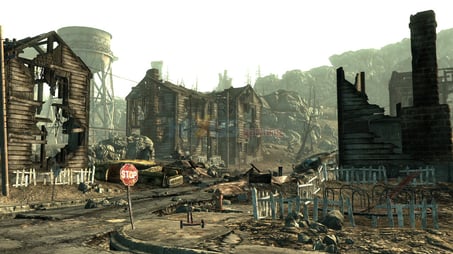 In the Quake and Fallout 3 screenshots above, it's pretty clear that removing the red accents would end up leaving the scene looking extremely dull. The environments are still full of interesting patterns, but there is nothing adding contrast. The team behind the game Bulletstorm actually parodied Call of Duty, a series notorious for using brown and bloom, in this game demo:

Color is for Kids

So what was the problem with brown and bloom, other than just looking boring? 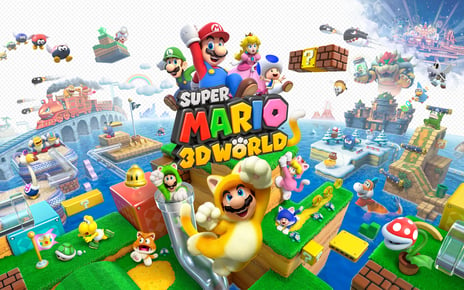 Well for one, games with vibrant colors (especially those without guns and blood) are implied to be games made for children. Of course in reality that isn't true, a 10-year-old and a 30-year-old can both sit down and enjoy the Super Mario franchise in the same way they can enjoy Grand Theft Auto (though I find it more than unfortunate how many 10-year-olds I've personally met who have played GTA).

Now obviously some people want a little more violence and gore. There's no need to skip on color to play games that fit the bill. Magicka is a perfect example with small colorful wizards who blow up monsters, villagers, and each other. Borderlands has a distinctly comic-book-like art-style full of colorful weapons and even more colorful language. Games in the MOBA space like League of Legends, Dota 2, and more recently Heroes of the Storm, are chock-full of vibrant characters slaughtering each other. Brown and bloom is next to non-existent.

The Future is Vibrant

The funny thing is... companies are actually starting to get it! By extension, so is the audience.

There have always been a ton of games with colorful environments and characters. Fighting games especially have always had that sort of draw to them. But now people are starting to see that brown and bloom does not make games more realistic... it makes them more dull!

The new Fallout 4 trailer is literal proof, so check it out!

Even Splatoon, which I gushed over in a previous post, is proving that shooters can have guns and strategic gameplay while literally coating the environment in color. (And believe it or not, Splatoon and Fallout are both post-apocalyptic shooters). With E3 only a couple weeks away, we'll be seeing even more games which are breaking the stereotype of Brown and Bloom and bringing color back into the game space.