[Spoilers] For the Firewatch

If you haven't already read through my review of Firewatch or simply played the game, then you can do so here.  Just to be certain though, even though the title should be a pretty blunt about it this will contain spoilers.  End of warnings:

Firewatch has drawn some rather polarizing reactions from those who have played the game and in some ways it's easy to see why.  We live in a world that is packed to the gills with games that place the player in extraordinary situations and demands they rise to the challenge.  Over the years players have become very adapt at seeing the patterns and can gear themselves up for the big reveal.  The big reveal either confirms everything the players KNEW to be true or it takes a violent left turn when the player thought it was turning right. 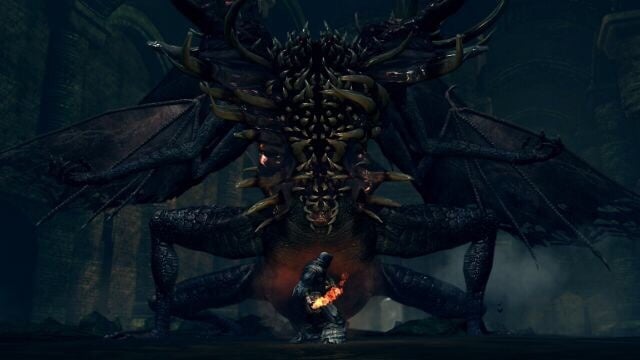 Regardless of how the story turns though, the player is led deeper into the abyss.  It's in this new darker place that it's all about taking an extraordinary story and making it more extraordinary, which makes the player a sort of messiah as the "only person who actually knows what's going on and how to fix it."  It is escapism in it's most satisfying form.

In my eyes, Firewatch is a rather extraordinary game in the measure that it's entirely ordinary story that plays on the human psyche.  It's about Henry, a man whose sick wife was removed from his care, desperately needs to escape his current situation: a terrified man whose soulmate is terribly ill and in a few months may not remember him at all on most days and likely won't get better.  The argument could be made that escapism is important to gamers, but the truth is that it's just important to people in general.  When the world gets to be too much, being somewhere and someone else is comforting.  Henry completely removes himself from the world that he knows and goes deep into "the abyss."  Granted it has to be one of the most stunning abysses in all of gaming, but it's an abyss all the same.

In this place, Henry (the player) stands out simply because they're alone.  In society, Henry isn't exactly an exemplar of humanity.  Yet here in the wilderness, Henry doesn't have anyone to really steal the spotlight from him and it makes it a "Henry against the world" motif.  He even finds an animal companion to help guide him through the encroaching darkness. 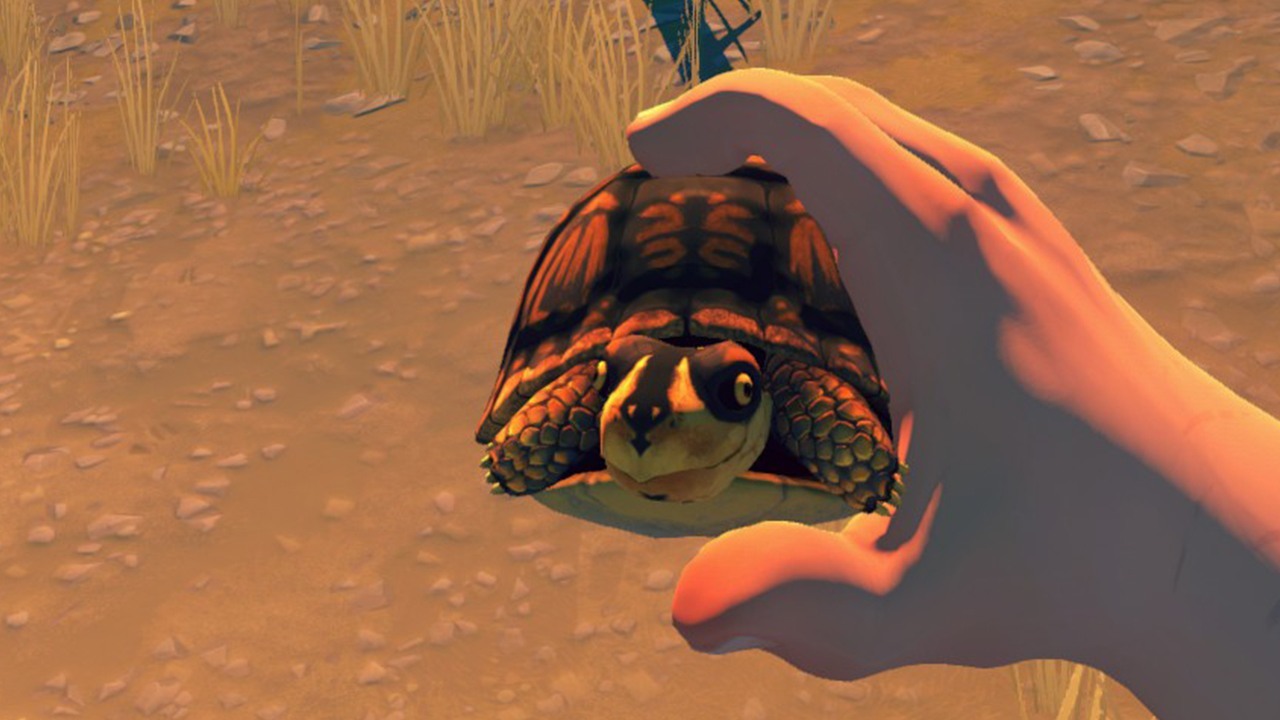 Mess with the Turt and you're gonna get hurt!  Author's Note: If you named the turtle anything other than "Turt Reynolds" then you're wrong.

In a small way, there was a part of me that thought that this little turtle was going to make a difference.  Perhaps I would need to make a choice to save the little fella from certain destruction.  Or maybe in some way he would guide me to a greater truth about myself.  Perhaps he might have even turned out to be a magical turtle who would begin speaking to us, revealing the greater plot, and become one of the most convenient examples of Deus Ex Machina since the creation of the Force.  I don't know what I actually expected but the expectation did exist even if just a small measure.

What this is really doing though is playing into the conspiracy theorist in all of us.  Everyone does it to some degree; finding patterns and links in situations that don't necessarily actually exist.  On some level gamers know that you don't just find things in games.  Someone had to make that object, and developers don't make more than they have too; therefore that item MUST exist for some reason or so we tell ourselves.  One of the most fundamental ways that the human brain functions is to find patterns, so seeking to find patterns is a natural occurrence even if you don't realize you're doing it.  Once these patterns are found it's difficult to let them go.  This is important because it's part of what fuels the anger that some people feel toward the Firewatch ending. 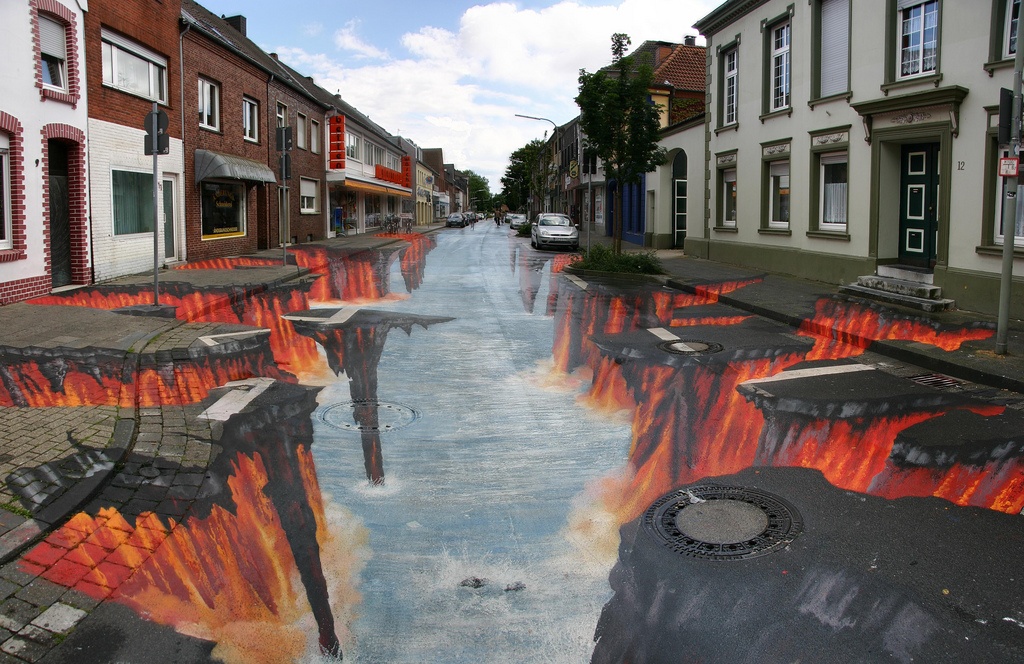 Eventually you must see the fantasy for what it is.

By the end of the game there are so many theories, possible end games imagined, and at the center of it all is you: Henry.  Even if it's all negative, it's all focused on you and as a result you must be special in some way otherwise it wouldn't be happening to you of all people.  That's when the ending hits.  This elaborate picture you've spent all of this time crafting, in the end doesn't really exist.  While you may have thought that you were standing on the precipice of destruction in reality you were just standing on a street covered in elaborate artwork that wasn't necessarily meant for you.

You aren't special.  You just happened to be the guy who was there.  The plot against you?  Doesn't exist.  This weird connection between you and Delilah?  More summer crush, less partner against the apocalypse.  Crazy shadow organization watching your every move?  Lonely and emotionally distraught father whose actions may have killed his son.  Do the points connect?  Sure, but only loosely and as to make a weak web rather than the massive elaborate tapestry you thought it to be.  In the end you are left with one singular truth:

Henry, absolutely terrified of losing the love of his life, fled his life for several months to the middle of nowhere.

It actually makes you feel small.  Very few games even attempt to tear you down from where it built you up to and even fewer do so successfully.  People don't like being torn down period, so when it tends to happen we fight it hard.  When I finished the game for the first time, my initial instinct was to reject the ending.  This just couldn't be the ending.  I missed something.  I wasn't seeing the true ending to the game.  Then I slowly let reality sink in and thought about everything I had thought I'd seen.

Part of what annoys me about some of the negative reviews is that they'll say that the ending negates parts of the journey.  Yet as cliche as it sounds, it is the journey that matters and not the destination.  If you genuinely didn't like the game, then I can understand and respect that.  However, the ending can't negate the journey unless you allow it too, and choose to get nothing out of it which I find to be unfortunate for those involved.

Firewatch excelled at putting you into this fantasy world and then violently removing you from it.  While the game certainly has some faults, I can't say that the ending is one of them.  It's an exceptional piece of story telling, and from start to finish is a journey that I would happily take again.