So recently substance painter has reveled a contest for substance painter. I thought what a better way to work on my skills other then to compete in a contest with some industry professionals. I'm not going to lie at first I was very scared and worried that my work wouldn't be up to par with some of the other competitors. At first I had know idea what to make , all I knew was that it had to be futuristic and it was allowed to be high poly which I love by the way although don't get me wrong I understand that low poly is important to but I love all the detail you can hit with high poly. So I started looking over some destiny ships with a mix of Star Wars, so at first I knew that I wanted a super sleek ship but also wanted to beef it up with tons of weapons and plasma cannon because what a ship with guns right.  So I start the white box my ship which was very basic you make shapes that kinda follow the design of what your going for so after I was done with this I made a copy just in case I messed something , one I recommend. After seeing some of the stronger competition I could see that I'm really getting involved with some serious modeling , although I have to say there is other modeler that has this insane pirate ship and it looks rad , he has been commenting on all my posts and is giving great confidence boosters to me so I'm aiming pretty high with this project. I think being in this environment at first was scary but its just some much and I'm so glad that I have a few friends here that are able to give me advice and critiques on my ship. I also think its a great way to get your name out there and not to mention get a professorial looking Portfolio piece. 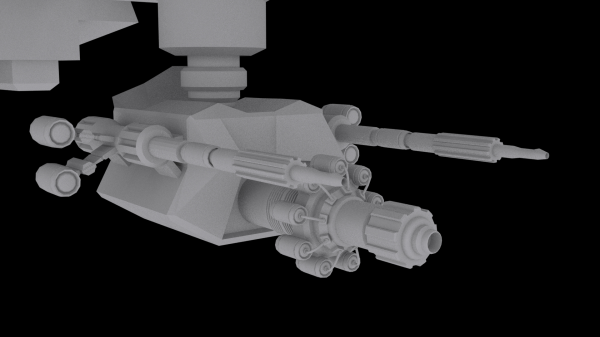 So here is some of my updated work , making some progress slowly but surely. This contest has me really hyped , looking others on the forums and saw that some of the other competitors were making small environments so I decided why not do so too. For my environment I thought that a basic landing pad would be sweet so I got some references from metal gear solid 5 phantom pain mother base. Also Ill be adding crates and some landing dock gear such a tubes for fuel and empty fuel tanks covered with cloth. Then I added landing gear its a rough start but it what I got so far. 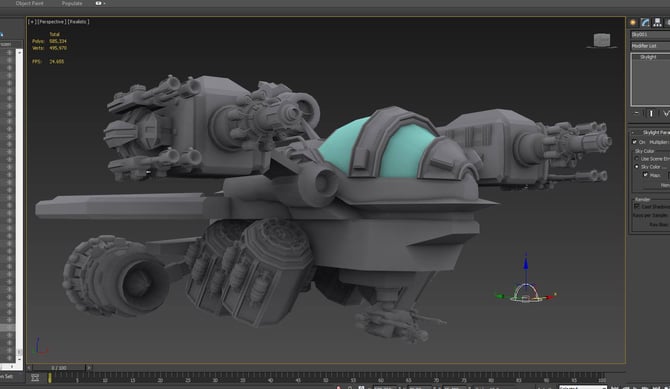 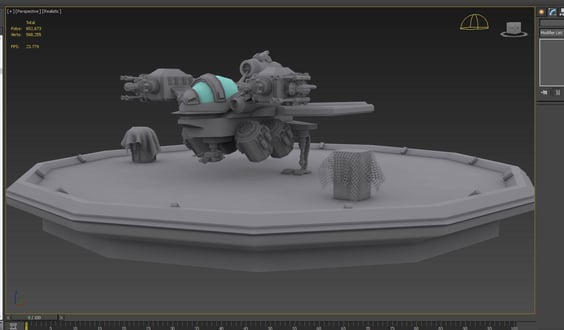