Hey! I know you guys haven’t heard from me in a while. Here’s what’s gone on since the last Road to Evo.

I went to a weekly at the SAK Gaming Lounge right off Baseline. Although I didn’t do too well, I met a lot of people, got to see my friend on the big screen beat a good player 2-0, and learned a lot from it. I know that it seems like I say that I’m learning a lot from every event, but that’s only because it’s true! My game knowledge is definitely improving day by day. I never imagined that I would be taking Melee this seriously, but it’s happening and my dream is to break into the scene.

I got a new controller! Although that may not seem like much to the casual player, this is a controller that I’ll be practicing and competing with from now on, so I’m going to have to get used to it. So what happened to my other controller? Nothing, really. This new controller has a looser analog stick, custom notches for perfect wavedashing, and is able to shield drop well.

So why are these a good thing? A looser analog stick is more preferable personally simply because I like the feel of it. Nothing more than that. A wavedash is when your character essentially slides across the ground while still being able to perform actions after a few frames. Perfect wavedashes extend that by an incredibly large margin. Shield dropping is an action that can be executed when you’re on a platform that you can fall through. To do this, you have to shield to the right or left, then drop down one notch on the left analog stick. So why would you ever do this? Players can shield drop while running and have a safer approach if someone is below them. 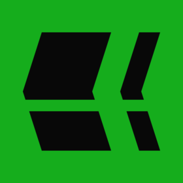 Tomorrow, I’ll be going to an Arizona Arcadian called Mini-Boss which means that players that have been ranked are banned from competing in the tournament. This allows new talent from the local area to compete and prove themselves to the community. Rising talent is able to be recognized by the community and overall is a fun event that really makes players work for it.

Evo is coming up in a little over a month. I’m going to have to practice long hours until I can truthfully say that I’m ready. I can’t say that I am yet, but when I get there, I’ll be as ready as I can be.