2016 is going to be an exciting year - why is that you ask? Because Pokémon is celebrating its 20th anniversary!

On February 27, 2016, Pokémon, the game series we all played as kids and are still playing, will turn 20 years old!

To start off the great event, Nintendo is giving away 11 mythical Pokémon.

Pokémon, to me, was probably my favorite video game when I was younger; I remember getting Pokémon Red on my Game Boy Color. I had siblings growing up and I always would challenge my little brother. Whenever a new Pokémon would come out, we always picked up the other version of the current generation.

The part that I always looked forward to was battling each other at the end of the game, our Pokémon was fully trained and had the best moves. This battle was even, it was back and forth, he would win and I would win. The battle would always be super close.

I will never forget when I got to go to Pokémon World Championships ("Worlds") which is the biggest Pokémon competition event where all the top competitors go and battle; there are even players from different country’s battling. 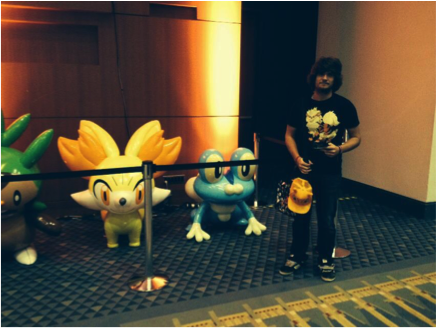 Worlds has everything from the TCG trading card game to video game and cosplay contests.

It's really cool, but intimidating. I was excited, but nervous to battle. I didn't know what was in store me and my friends where there to battle in the TCG. 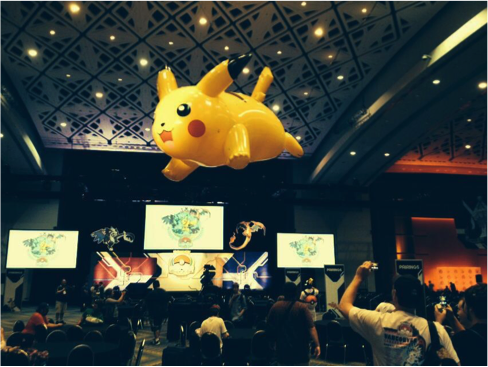 At the start of the battle I had my Keldeo deck which is based around getting Blastiouse out and using his deluge ability that allows you to put as much water energy on Keldeo giving him crazy amounts of attack.

The only problem is that I went up against a Genesect deck which is grass, it's two types stronger against water so every attack he was dishing out was double crippling mine and therefore I lost my first match.

Even though I lost, it was a great experience that I won't ever forget thanks to Pokémon and I’m going to keep training on.