What's up all my dudes and dudettes! So it's been a while since I've talked about my Nintendo Switch so I figured I update you on how I like the system and the different games I've been playing on the Switch.

To tell you the truth, I don't think I've gone anywhere without the system. I found that it is pretty easy to pack it up and go. The portability of the system makes it so easy. I found that the battery life has not been much of an issue when taking it on the go since when I play it I'm playing it in random spurts. I might end up getting a power bank in the future. 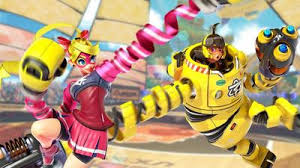 Another thing that has been really cool is the number of games that have been released for the system. Since I bought my Switch, I've probably bought about 10 games for it and I love all of them. From Legend of Zelda to Mario Kart and ARMS, theres always something to play on it. Having so many games also has helped me connect with other people that have the same games. There's been many times that we've just whipped out our systems and played each other in Mario or ARMS.

So far, I'm still loving the Switch and I don't really see that changing!