As of today, I have returned from break and am going full drive into my final semester here at UAT! While I was away from break, I had so much free time that I wasn't really sure what to do with it. However after just a couple of minutes, I decided that I should get invested into a game and play it throughout the holiday.

Now I already have an ever expanding Steam library, and I have a ton of games I can play just on the fly, however there has always been one genre that has been a major part of my life ever since elementary school. When I think of a game that I can invest time into, and play endlessly, I think of a Massively Multiplayer Online Role-Playing Game (MMORPG). They're so fun for me and I can immerse myself in a world where I can be a hero, and spend hours on end grinding away and becoming stronger and more renown among the populace.

I was first introduced into the online RPG-esque scene from a very young age, starting in first grade of elementary school (a whole 13+ years ago at this point! Age 7), and have been addicted ever since. I've played almost every single MMORPG that is out there as well, so I have a ton of experience of the subject matter at hand!

Anyways, without further ado, I present to you my top 5 timewasters for the MMORPG scene, where I will go into ratings and detail on how I feel about these online games, and if I'd offer my recommendations. Note that these are based on my personal opinion, and I'll also be inclined to rate higher the games that I have spent a long majority of my time on. 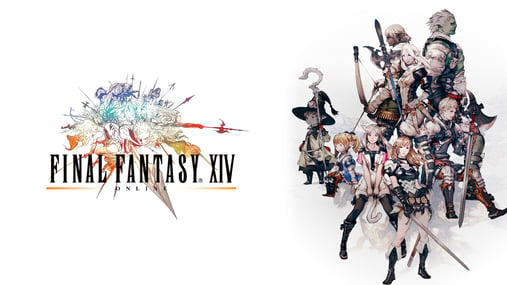 Final Fantasy XIV has been the newest game that I have had the luxury of getting my hands onto, and played from the end of the first release up until a couple patches into their first major expansion: Heavensward. The game takes place in the Final Fantasy Universe, where you are the Hero of Light destined to expel the darkness and assist those within the land.

I've been a long time Final Fantasy fan, so this has been a game that I added onto my list to play eventually, but it was my friends that started playing that really got me hooked into the game. Graphically the game is really cool, and I love the theme surrounding the game because it's, well, Final Fantasy! Iconic characters are all around, and there are a lot of classes that you can play that make it fairly well diverse. Out of all the games I've played, it's been the most unique in character development because your one character can be every class in the game, and you can freely change between each at will.

My favorite classes are definitely the Black Mage, Summoner, and Ninja (where I play DPS to say the least!).

Overall it's a really fun game to get into with friends, and the customization is a nice touch. I don't really care for the end game content as of late, which is why I quit the game, but it still makes the list because it's still a game that I thoroughly enjoyed from my time playing!

Out of the Free to Play (F2P) genre, Tera stood out to me as something that looks graphically incredible and standing as a game where the controls were different and it just had a fresh feel at the time. When I wasn't playing WoW or Runescape, I was always looking for a new MMO I can devote a little bit of time to between raid groups and skill leveling, usually in the Free to Play realm.

At the time, Tera stood out to me the most because I had seen trailers and development for this game, and it looked absolutely incredible compared to some of the other games I've seen. The characters were really fleshed out and unique, and the customization options were incredible with a vibrant and lush world. I played it for about a year with some friends before I ultimately quit, but it was still an interesting game. 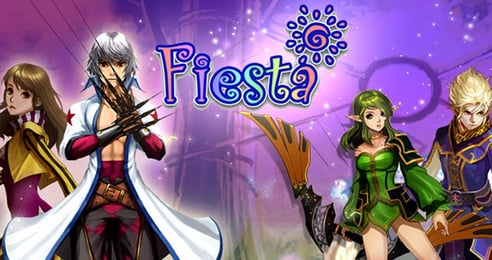 So this is a game that not many people have heard of in their lifetime. Fiesta Online was a game that I started to play around 2006 when looking for a Free to Play game, and holy moly did I spend a lot of time on this game. Now I am no weeaboo, but I thoroughly enjoyed the anime characteristics behind the game, and enjoyed the content within to go around and dungeon crawl with a bunch of friends and lead my guild "Ctrl_Alt_Elite" to the community leaderboards for competitive play.

Now the biggest factor about this game is that it is totally Pay to Win. If you buy their premium currency, you can purchase aesthetics that directly influence your stats, items to help with enhancement, and items that generally help with damage, survivability and more. For a Free to Play player, it makes it very difficult, but we still managed! We also saw the transition of ownership from OutSpark to Gamigo, so that was something as well.

I played off and on for years usually coupling this with WoW, where I had a level 80 Warrior, 67 Mage, 42 Archer, 41 Cleric and 27 Trickster, so I've been around for just a little bit but my leveling certainly hasn't been fast at all. It does become a grindfest by the end of your time, but it's still been a memorable experience.

Gameplay: 3/5 It's fun but repetitive
Graphics: 3/5 Anime esque with vibrant colors and drastic changes depending on area
Subscription: Free to Play with Cash Shop

WoW oh wow... This is the game that I have probably been the most addicted to for the longest time, just behind Runescape in actual play time because I did not start playing until soon after its release around the year 2004. I was a vanilla player back when I was still in elementary school, and to say that raiding Molton Core - 40 man as a little kid every other week. My proudest moment though would probably be when I finally completed my Tier 3 Frostfire Set for my Mage.

Now I have played on and off from Vanilla all the way until Mists of Pandaria/Warlords of Draynor, and have stopped since then because I made a mental conviction never to go back again. I have leveled up characters from 1 to 90 several times over, having created multiple Gnome Mages (NobleGnome, Sque, GnobleGnome & Chergnomebyl), two Gnome Rogues (Gnomegeddon & Gnomeside), Orc Death Knight (Indifference), Pandaren Monk (WhoopinStick), Blood Elf Paladin (Orysis), Undead Warlock (Mordekaizer), Draenei Paladin (Serendipity) and have helped others with a Warlock, Druid, Shaman, Warrior, Hunter, and every class under the sun. I have invested a ton of time into the game where it's nostalgic to look back on it, where my favorite expansion was definitely Wrath of the Lich King.

It's definitely the game I have put the most money into just from sheer subscription time, but it was all so fun to bring these characters to life and to engage in PvP across the board. The only race I enjoyed really from the Alliance side were the gnomes just cause I thought the idea of being slaughtered by a person so small would look hilarious and demoralize the opponent. Otherwise, aside from my Draenei tank, I was on the other side!

Now when I tell people that I play Runescape, it's crazy to see how many people have also played the game at one point or another. The game is incredibly old, and was the very first MMORPG that I have picked up in my life starting in the ripe old year of 2001, yet it has survived the test of time and is still a joy to play.

First things first, the gameplay isn't great. It's a bread and butter RPG by every sense, but it has heart and soul. It's a complete nostalgic trip for me, and it's just so great to be able to take up and play casually. The skills are very finite and detailed where you know exactly what you're getting into. There are bosses that can be challenged for great gear, and the content is just as I remembered it back in the day. There is a large diversity to experience, whether you're in the game for Player versus Player (PvP), Player versus Monsters (PvM), being a Player Killer, Skiller, Skill Pure, and more.

Even right now I am subscribed where I explored the new continent Zeah and worked on a bunch of my skills to an extent. If you want to find me in game sometime, you can generally find me on world 321 cutting yews just outside of Catherby by the flax fields!

Most Honorable of Mentions: 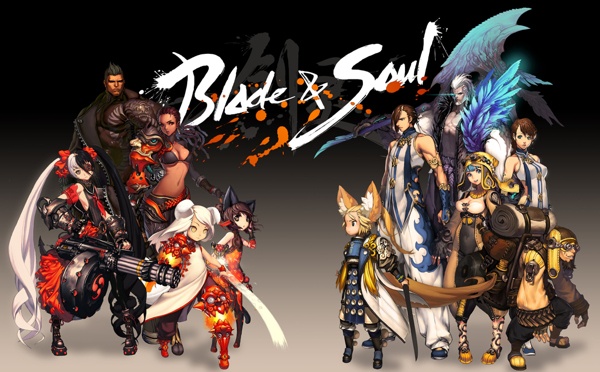 So this is the game that I just started playing 5 days ago. And holy moly am I thoroughly addicted to this game.

The only thing I can say about this game really is that it feels not like an RPG but like an amazing action fighting game where I have so little downtime that I can consistently be right up in the action for everything that I do. There are no real declared roles such as Tank, DPS and Healer, but rather everyone fills in these roles and this makes the party composition so much easier to deal with!

This game has already been out for a couple years in Korea before it made it over to the States and Europe, and it was met with a ton of reception. The servers were so jam packed that just getting into the game normally proved to be a problem at launch, but at least for me, the struggle isn't so bad nowadays when I'm playing. After just under 4 days of playing the game, I have a level 35 Lyn Blade Dancer and a level 10 Jin Assassin playing on Poharan, so if you want to find me, just find Tae Yu! Unless you're not of the Cerulean Order, then prepare to fight!

Gameplay: 5/5 It's so fast paced and fun instead of sitting down and hitting my 1 key every 6 seconds
Type: PvP Majority with PvE Content
Graphics: 5/5 It's a beautiful Game
Story: CreyEvertiem/5 You'll see if you watch the main cutscenes and read the dialogue
Subscription: Free to Play / Optional ~$12.00 Premium Subscription