How to Get Selected for a Film Festival

One of the most common questions I get asked when I meet other college filmmakers is; how do I get a film into a film festival? Often most filmmakers have had experience making short films, yet none have been shown or found the resources to get those films into the public eye. Now obviously getting into a film festival is only important if you want it to be and in my mind, you shouldn’t make films that seek the validation of others. There are plenty of other online options in terms of getting your film seen, however the great thing about festivals is that there is a chance to possibly win awards (and money to fund your next project) and gain real time audience feedback. These things will help you grow as a filmmaker and that in of itself is invaluable.

If you do plan to upload to Youtube or Vimeo, please be aware that if your film is already available publicly, it may lessen your chances of being selected for a festival. This is because they want the pleasure of premiering your film on their own.

Below is a very simple three step process that will walk through the submission process and the resources needed to do it. These steps are tailored for first time film submitter's and will not be covering DCP’s or feature film submission. Instead I will focus primarily on the digital short film submission system.

Based on my experience, I am yet to see a formula to film festival submission success. I have been told that films in the 5 to 10-minute range have more of chance of being selected due to their flexibility when creating a film block screening. However, I have also seen 20 minute short films screen alongside 2 minute shorts, so to me that seems highly subjective and dependent on the festival.

The good news is with the rise of online submissions, more and more diverse festivals are being created all over the world. This means that even if you make a Western styled, black and white, Iranian-vampire movie, you still have a chance of being selected! If you are looking to submit into a particular festival, then look in submission requirements and tailor your film towards that.

In my opinion, the very best trick to getting selected for a film festival is to have the courage to make a film.

There are two main websites you should know when it comes to film festival submissions; Withoutabox and FilmFreeway.

Withoutabox has since updated itself, however I still find the site a little fiddly. When it comes to picking the best site for you, it honestly comes down to your user preference. Both do essentially the same thing and both sites will get the job done. There are websites dedicated to comparing the advantages and disadvantages of the two.

Submitting a film is a simple as uploading to the site, filling out information and then finding festivals to submit to. These festivals will range from extremely expensive and world renown, to free and unknown. I myself will only pay for a festival once a month and spend the rest of my time submitting to the free options. This is great if you are a student or on a tight budget. It will also teach you the importance of festival submission budget when you want to create your next Cannes or Sundance short film.

There is a daunting list to pick from and I usually refine my searches by genre and student film status. If you did make your film during high school or college, you will be able to take advantage of many great student discounts and student tailored festivals.

My best advice when it comes to submitting is to do just that. Submit to everything you can no matter the length the festival has been been running, the amount of attendees or quality of the films. When it comes down to it, being able to put “Official Selection” alongside your short film is going to help encourage people to show more interest. 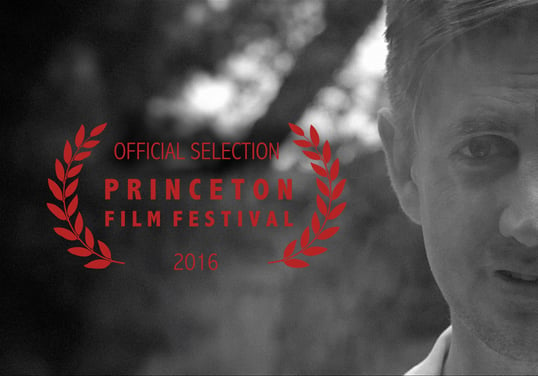 On a side note, be aware of fake film festivals that cost $1 - $3 to submit. These are scams designed to take your money. You can usually tell by Googling them.

Now that you’ve submitted your film, the most anxious part of the process begins… waiting. You will be receiving a selection notification via email sent from the festival website at any time and thus I suggest letting the burden of submission thoughts slip from your mind.

When you do eventually get selected, the festival will commonly email you requesting; some film stills, a director picture, a synopsis of the plot, a poster (if available) and of course a digital download of the film itself. I suggest using Dropbox or Google drive for this step.

Sometimes festivals will require certain file types in order to screen your film, so please be aware that you may need to export a new copy or convert an old one.

In most cases a film is valid for festivals for around 2 years. After that, the creators will release the film online for the rest of the public to see. This means that you can keep submitting all year round for a two-year period and that’s it!

I hope this brief-overview was beneficial to anyone not familiar with the online film festival process or if you are, I hope it provided some insight into my personal experience. There is no real “right” way to go about getting you film seen by an audience. But I do know that to this day, one of the greatest experiences of my life was watching my first ever short film screen in front of a sold out cinema crowd.

Posted on Mar 16, 2016 10:30:01 AM by Jordan Wippell in audience, in awards, in blog, in Blogs, in crowd, in digital, in Digital Video, in film, in film festival, in film freeway, in laurels, in movie, in University of Advancing Technology, in a girl walks home alone at night, in degree, in meat, in official selection, in screening, in short, in submission, in UAT, in vimeo, in withoutabox, in YouTube