Why I Chose UAT
My story of choosing UAT is rather simple. I received a little piece of mail (yes, physical mail) near the end of my Junior year of high school. The mail had some information about UAT and a link to a Geek test. I took the test for fun, but this prompted me to find out more information about the school. I figured out that it was only about an hour away from where my sister lived in Arizona, and since my mother was going to be moving down there soon as well, I thought, “why not?” I applied and got accepted rather quickly, and that was that.

Out of State
I’m not originally from Arizona. I come from the far-off place of North Dakota. After I graduated from high school, my mother moved to Arizona. I, however, stayed in North Dakota with my father for a year while I attended community college. I earned a lot of my general education requirements, began some computer science classes and graduated with two associate’s degrees. Now, it was time to move. I made the 2-day trek down from North Dakota back in May, and finally came to UAT at the end of August to start my first semester. 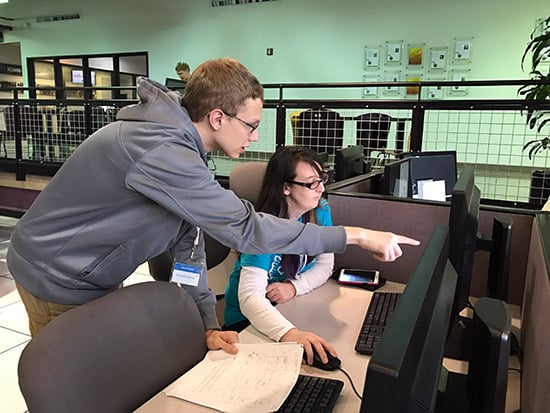 Life at UAT
Since attending UAT, I’ve had a great time. During orientation, I became friends with many of the people in my group. Our first few weeks at UAT, a friend and I went hiking at South Mountain, visited Tonto Natural Bridge, and toured the Arizona Heritage Center. Living in North Dakota my whole life, this was quite the change, since I finally had a variety of things to do. We continue to do things, but are more busy with homework and projects. It’s also nice to have a group of friends who like to play games or eat meals together.

Living at Founder’s Hall is an experience in itself. Being on campus all the time means I hardly need to drive anywhere. There are usually events going on, such as cookie baking, pool tournaments, or Super Smash Bros. tournaments to name a few. Each of the resident assistants has room hours every week during which anyone who shows up plays games or eats food together. Going to a school with such a small population makes the community much more tight-knit, friendly, and personable. All of this combined has made the college experience so much better. My time spent here at UAT has been some of the best times of my life.