For those who don't know the term, an Easter Egg is a reference to another piece of media within the piece of media you are currently viewing. It can take almost any form, from a subtle nod towards the source material to a really easily recognizable reference.  It's just meant to be a hidden surprise (hence the name), and can be a fantastic way of appealing directly to your audience without actually breaking the forth wall.  The Witcher series actually excels at this and while there are a huge number of Easter Eggs in the games, the games themselves are large enough that they never feel like they're happening to often.

As I've continued my journey through the Witcher 3, I keep stumbling upon more of the hidden gems.  Some of them are pretty obvious references that are generally hidden within somewhat mundane encounters.  For instance, as I was running through the streets of Novigrad when suddenly I was jumped by members of the criminal underworld.  As I was fighting them one of the decided to yell an insult at me, with the insult being:

"Your father smelt of elderberries"

Which is a pretty obvious reference to Monty Python and The Quest for the Holy Grail.

Sometime later, I was participating in several brawling competitions.  It's a fist fight mini-game you can use to gain a bit of money and just in general offers a fun little diversion.  I rose through the ranks in the area and was getting ready to fight the champion for this rank, a guy by the name of "Durden the Tailor."  Which is a slightly less obvious reference to another awesome movie Fight Club, and one of it's main characters Tyler Durden. 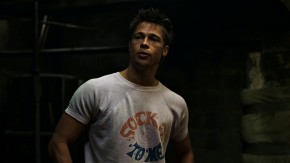 Easter Eggs are a fantastic way to connect with your audience and offer a little something outside of the game world without pulling you out of the world entirely.  Over using the concept can be a little bit of a danger but for the most part as long as you approach it with a little bit of restraint, it will do nothing but help the game in the long run.  Plus as a developer it's just cool to be able to slip little things like this into your work.