Earlier this week, Microsoft announced a wide array of exciting soon-to-be-released goodies. For one, the amount of games announced and hyped up is staggering. Speaking of games, all Original Xbox games are available for play on the Xbox One! Personally, I was a fan of the PS2 back in the day, but this is extremely exciting because that just broadens the amount of games that are made available to the player-base. Finally, the new Xbox One X has been announced. Although plenty of memes came along with the release of the new console, it’s the most powerful console to date. I’m extremely excited for the future of Microsoft and what they’re going to release.

Games that were announced at E3 include the likes of Assassin’s Creed Origins, Metro: Exodus, State of Decay 2, and Life is Strange: Before the Storm just to name a few. 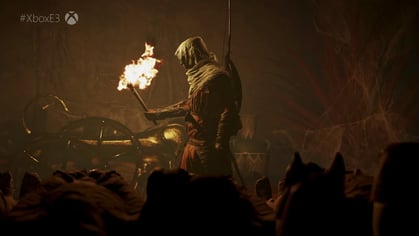 Assassin’s Creed Origins takes players to the age of ancient Egypt. There had been a lot of speculation because there were a lot of flops in the Assassin’s Creed series as of late. It seems like Ubisoft is now giving players new ways to interact with the world. The player is able to scout out the land with a hawk companion and it’s definitely an interesting way to go about things rather than being able to see enemies through walls and magically knowing they’re there. I understand this game isn’t going for realism by any means, but it’s a new perspective that will bring an interesting gameplay element. I haven’t been this excited for an Assassin’s Creed game in ages! It releases October 27th, 2017. 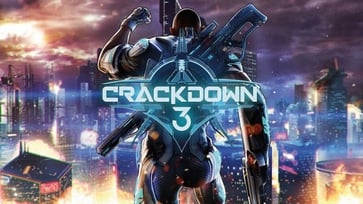 Crackdown was really able to revolutionize the way that open-world games played. Instead of driving a car everywhere, just run at light speed. Instead of using guns, just throw a car at someone. It made the player feel like they could really do anything. Crackdown 3 is no different and this time, it’s coming to the Xbox One. It looks oddly reminiscent of Saints Row 4, but I’m sure it’ll be an amazing game. Roaming the streets with three friends as hyper powered crime fighters sounds like a fantastic time and I hope that Crackdown 3 really delivers. Expect the game to release this holiday season. 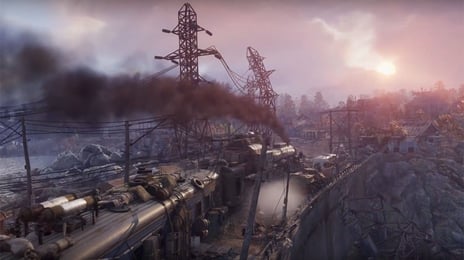 Metro: Exodus explores a new way of playing the game. Instead of being mission-based, it takes us to an open-world where players are able to explore. Taking a heavy influence from their Stalker games, 4A games is re-inventing the series and it definitely seems like an amazing adventure. “The game picks up where Metro: Last Light left off with the good ending. Artyom is back and now he needs to join together with a small group of survivors and board a train and escape Moscow. He goes on an epic journey that spans the continent and goes across post-apocalyptic Russia. The whole journey takes about a year and we get to see all the seasons in the year and we get to see that journey and how the time and everything that happens along the way affects the characters and how the characters change.” Says Bloch. I can’t wait to see what they’re able to make of the series and hopefully tie it up. The game is set to release in 2018. 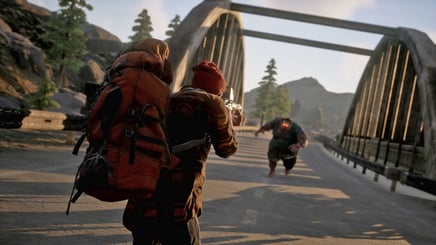 State of Decay 2 was announced and although it’s another zombie game, State of Decay took into account that NPCs were actually able to die. People that you helped and cared about were able to have their lives taken away at a moment’s notice. In this new sequel, players are able to team up with their friends in order to survive the zombie apocalypse. An element that really sets State of Decay away from other zombie apocalypse games is that it’s not focused on constantly firing rounds off in zombies. The game focuses on trying to survive through building a community and relying on them. The player is almost forced to use quiet techniques to maneuver or take out zombies otherwise they face the wrath of a zombie horde following them back to camp. It certainly seems like a game that’d be fun to grind out for an entire week with a squad. State of Decay 2 is set to release

Life Is Strange is a game about a photography student who discovers that she can rewind time at any moment. This leads to a butterfly effect happening throughout the game making decisions that happened earlier affect those in later sections. Life is Strange: Before the Storm is a prequel of the first Life is Strange and will definitely be able to tie up some loose strings that fans might have. Square Enix stated that this would give players “one final chance to play as Max” leaving room to believe that Life is Strange 2 might be set with an entirely new setting and cast of characters. The first episode of Life is Strange: Before the Storm is set to release August 31st, 2017. 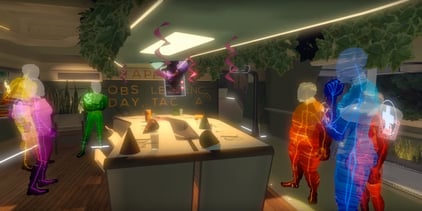 Tacoma is a game that really stuck with me. There was a ship with a crew of people that suddenly died and it’s your job to figure out how that happened. Throughout the game, you’ll be going through several holograms, pieces of information, and pictures to figure out what happened to these people. The game really stuck with me because it wasn’t like any other game I had played or experienced before. You’re experiencing what these people went through during their last few moments. The fear, the depression, and finally the acceptance of their death. Tacoma is set to launch August 2nd. 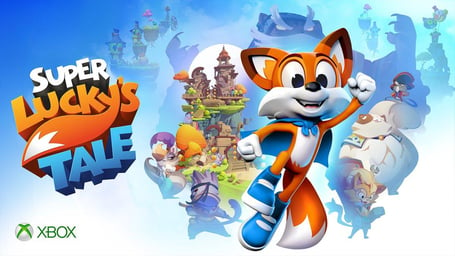 Super Lucky’s Tale is a bright vibrant platformer that brings the new age of technology into, what seems like, a children’s platformer. As a note beforehand, I’m extremely envious of the children that get to play this because I wanted my childhood games to look this cool. As a sequel to Lucky’s Tale on VR platforms, Super Lucky’s Tale presents itself on Xbox and PC in a non-VR fashion. In this game, Lucky is on a mission to rescue his sister and the Book of Ages from the evil Jinx. Expect the game to drop November 7th. 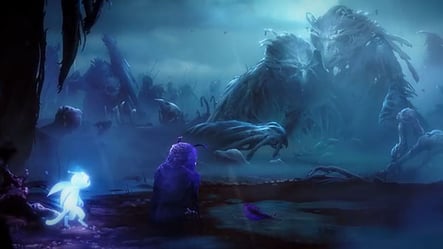 Ori and the Will of the Wisps is a sequel to the gorgeous Ori and the Blind Forest. It was announced with a breathtaking and heartbreaking trailer at E3. Although it didn’t show any gameplay footage, it was announced and many are under the assumption that it will be a continuation of Ori and the Blind Forest’s mechanics and artwork. There is no release date as of yet, but many are hopeful that it will drop sometime within the near future. 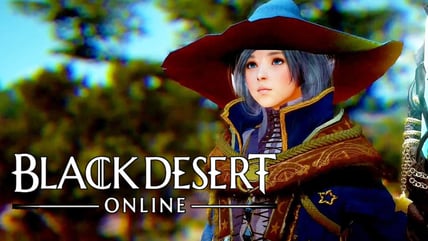 The sandbox-style MMO Black Desert Online will be making it’s way onto the Xbox One. It has been praised for it’s fluid combat-styles and seemingly endless content. From ranking up in fighting styles to ranking up in horse taming, this game presents itself as an “if you want to do it, go right ahead” kind of game which offers a great deal in player stories and experiences. Black Desert Online is currently on PC and will make it’s way to Xbox One in early 2018. 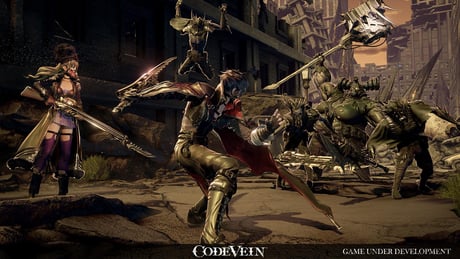 Code Vein is an action hack-n-slash game coming to the Xbox One near 2018. It looks like Dark Souls and all of the action anime in the world had a beautiful baby. The story goes as such. The world has been terrorized and destroyed by the “Thorns of Judgement”, spawning bloodthirsty enemies and huge bosses. The player is joined by a companion on this hellishly amazing adventure. I hold high expectations from this game and I really want it to deliver. I wish nothing but the best for the release of this game. 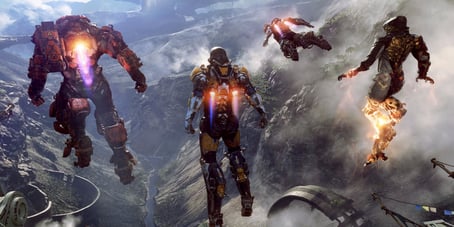 Anthem is the last game that I’ll be talking about on this list and that is because I have saved the best for last. This game looks like a third-person Destiny with awesome jetpacks that last longer than a few seconds and a better story. The player has a heavily customizable suit known by the name Javelin. The player is able to fly around to different places, dive underwater, and use the hyper powered suits to their advantage, each offering different abilities. Players are able to team up with friends and go on co-op missions. Executing organized strategies are going to be crucial, and will most likely be the most optimized form of approaching and coordinating fights. So far, the game looks incredible. It’s expected to release in the holiday of 2018.
https://www.youtube.com/watch?v=amfbxX1mDH4