Earlier this week, Microsoft announced a wide array of exciting soon-to-be-released goodies. For one, the amount of games announced and hyped up is staggering. Speaking of games, all Original Xbox games are available for play on the Xbox One! Personally, I was a fan of the PS2 back in the day, but this is extremely exciting because that just broadens the amount of games that are made available to the player-base. Finally, the new Xbox One X has been announced. Although plenty of memes came along with the release of the new console, it’s the most powerful console to date. I’m extremely excited for the future of Microsoft and what they’re going to release. 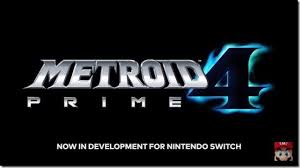 What's up all my dudes and dudettes! So I don't know about you guys, but I was watching E3 this last week and I have to say I loved it! The shows that were put on were really on point! The one that really stuck out to me though was the Nintendo presentation. The games and news that they came to the stage with completely blew me away!