As summer is wrapping up and we’re only two weeks away from the end of the semester, I feel like this is a good time to revisit my blogs and wrap them up or see what came of some of the topics I covered. I want to “close” the chapter of my current posts so I can start new next semester with some great ideas that I have regarding design and programming projects. It’s crazy to think I’ve already been an Ambassador for over a year and I only have one semester of college left.

I remember writing this blog after doing a lot of studying on John Maeda, a designer that unified his love of programming with art. I still like the idea of art in things like programming and math, but I want to make more of a distinction between creative art and “STEM Art.” I argued that art is “from the mind” while math and science are not. By this phrasing, I mean that we cannot make up science or math, but art can be made up.

The distinction between art as an art and art as a STEAM field is that phrasing. Art that represents or displays data to the user can’t be made up. The design can, of course, but the “message” it sends must represent real data.

I can’t believe I was so excited about and Apple announcement, and once the new Mac Pro was released I was reminded why I shouldn’t have thought so highly of their announcement of the “touch bar.” The touch bar itself is still awesome, and everything I said about it I’d probably still agree with, but the design of the laptop is not so great.

Recently, the quality of their hardware design has plummeted. It started with the headphone jack (still the highest quality way to listen to music digitally), then came the adapters… I cannot believe that Apple finds it acceptable that their products need adapters for their users to actually use their product. The laptop does not have enough of the ports people use, so there they resolved that problem with a dongle to expand usage and have the ability to charge it at the same time as using external devices. The MacBook Pro will definitely not be my first Apple product to say the least. I do, though, want to purchase a Mac Mini very soon as a stationary desktop to free up my other laptop from being a permanent desk ornament.

Computers Are Watching Videos To Learn The World Around Them

This is another blog I am very happy with. Here I was talking about “SoundNet,” the AI driven sound recognition software created by MIT. I have not checked up on this project recently, but I still support this coming from an HCI perspective. Voice assistants like Siri or Google Home need to be able to recognize the sounds that humans are able to recognize. This will create a more cohesive relationship between the user and device when speaking and listening to each other.

Imagine if your phone or Google Home-like device could recognize hearing a smoke detector, break in, or even which family member is talking to the device just by hearing specific sounds. This would create a new type of value to these devices in the home setting.

Data Obfuscation And A Hilarious Way To Do It

This was a pretty lighthearted blog about a pretty serious subject - our data. Obfuscation is creating a “cloud” of distractions that make tracking harder. This is a military tactic that also works well with our digital information. I talked about a website called “ruin my search history” that would queue up random and suspect searches like “ways to kill someone hypothetically” and “undetectable poisons” as well as some other ones that I don’t want to post here (but can be found here).

Pretty much it gave people the illusion that they’d be put on a list somewhere because of these searches, and it proved a good point. People are scared to search online because it's so well known and passively accepted that our information is not just exposed to the search engine company (which I’m not totally against), but it’s exposed to anyone that wants it.

Here is a cool video of military obfuscation using a V-22 Osprey.

This was my first blog of 2017, and this one was a teaser for a few projects I was working on. At this point in time the three projects I announced have been completed for a while and you can also check those out on my website here.

Getting A Space on the Web

I still feel just a strongly about people having their own websites independent of social media. Everyone needs a “home” on the web that people know that they can find them. Social platforms come and go, but websites are pretty reliable ways to always reach out. Speaking of websites, I will have even more projects to talk about once the new semester begins!

This is another blog that I’ve gone back and read that makes me want to focus exclusively on design. I can’t say too much without completely repeating myself because I feel this post was so spot on in the way I feel about the mix of being able to program and understanding process and design.

This blog was a quick appreciation for mechanical keyboards and the difference between membrane and mechanical boards. In six months my keyboard lineup has already changed with what boards and key caps I own now. Instead of expanding on anything, I invite you to just appreciate some of my favorite pictures from /r/mechanicalkeyboards. 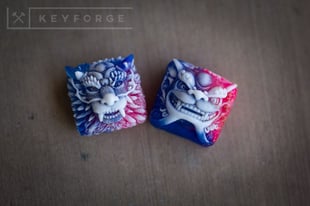 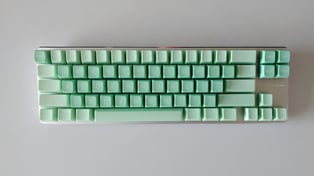 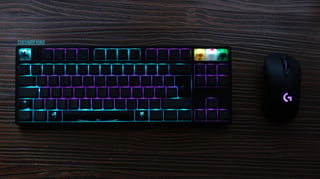 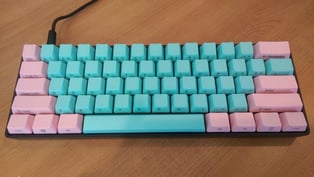 And that does it for part two! It was really fun to go back and read my old blogs, see what’s been up with the topics I talked about, and even learn some updates on them. I hope you enjoyed this really causal wrap-up of my blogs from October 2016 to February 2017.