Being Wrong is O.K.

Hey everyone! It's time to talk about something that's a considerably touchy subject for most students, teachers, businesses, religions... everyone really.

It's right in the title: Being Wrong is O.K.

I'd say that's anything but right.

Being wrong isn't always a bad thing. Think about how wrong small children are about everything. Some small children honestly believe there are elves holding candles inside of every stop light because they needed some way to explain a phenomenon that they had no understanding about.

But eventually the disenchantment ends. We learn and grow and find out so many things about ourselves and the world around us. That growth is important because it leads to one of our biggest goals here at UAT, and that's INNOVATION. A goldfish can't grow if it doesn't have food, and when someone chooses to believe they are always right, or simply refuse to accept that they were wrong, they are refusing to feed their minds and grow. 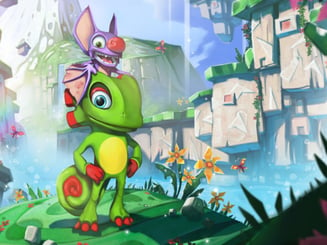 To use some game examples, there are many companies who thought Banjo-Kazooie and other 3D Platformers wouldn't sell in a modern market full of first person shooters and retro-styled sidescrollers. Yooka-Laylee by Playtonic Games, made up of many game developers from Banjo-Kazooie, has proven those big companies wrong by reaching their stretch goal of over £1.5 Million; the project was fully funded in less than 40 minutes. Not all companies have their head in the clouds though! That's where focus groups and playtesting both come into play! Both of these methods simply allow the company to be told they are wrong before the product is out in the public hands, where real damage to egos and reputation can happen.

Of course this isn't an excuse to rudely correct everyone, using positive reinforcement is still just as important. That's why many middle schools and high schools teach writing research papers and using sources outside of Wikipedia and random Google links. Being able to back up your argument or provide resources for someone else to improve their skills and understanding, that is real power.

So next time you're corrected (maybe you thought there really were elves inside of stoplights), take a moment and listen to what the other person has to say. Maybe you'll learn something... maybe they'll learn something. There will be less ego-boasting and more education and innovation.