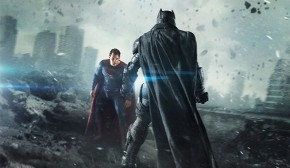 So as you may know the new Batman Vs Superman Dawn of Justice is coming out on Thursday and I'm very hyped to see it. I'm a huge fan of the whole superhero movies in fact I actually boxes full of comic books both DC and Marvel. To me I don't have any problem with DC or Marvel I know some of my friends are giant Marvel fans and don't like DC which is fine. To me I've always grown up liking both Marvel and DC but enough about that. The real reason we are here is to talk about DC’s turn at building their (DCCU) DC cinematic universe. First off we have Superman our favorite krypton alien, Superman in my eyes has always been the truest superhero much like Captain America. Superman to me has always put his life on the line for the humans of earth. Superman to me besides Spider-man is probably my favorite superhero in my eyes he falls under a true hero one who sacrifices all in order to save all. Then we have batman our caped vigilante/detective in my eyes Batman I would is also a consider a true hero based on the fact that he is a mere human but considerably one 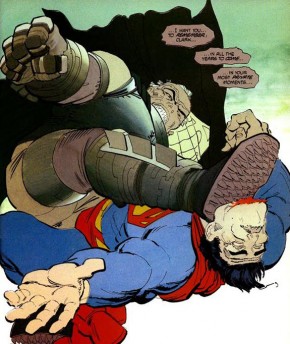 of the smartest people on the entire planet not to mention his ability to study and exam everyone he comes in contact with. Batman puts his life on the line for Gotham every night he puts on the cape and cowl. First off let’s talk about some of the feats both Batman and Superman have accomplished. Superman once showed that his will was stronger than then the Green Lantern himself, the Green Lantern at the time was Jon Stewart. Has contained a miniature black hole with nothing but his fists. He was even able to keep up with Jay Garrick (Flash). Then we have Batman who is in peak physical condition human. In Justice League Unlimited Batman dodges Darkseid omega beam.

The movie has been getting a lot of flak and the reason I think that first off moviee critics go in hating the movies but if you want my opinion for causal movie watchers the movie is alright but for the comic book fans its everything you’d imagine, for me seeing Wonder Woman Superman and Batman all together fighting Doomsday had me going crazy my jaw was dropped entire time. Surprised and excited was my reaction to go and see this movie. I remember when Man of Steel first came out and I went with a couple of buddies to go see it and we pumped ourselves up for it buy rereading most of the comic books in my room. My first thoughts on Henry Cavil as Superman/Clarke Kent was absolutely stunned his portrayed role as Superman was the best I’ve ever seen. I know most people call him a wooden actor but let’s not forget that superman is not a talkative hero but more as a facial expressive hero and Henry can perform this role of superman perfectly.