Why is Korean Music Popular?

There’s been an influx of increased interest in Korean music in the recent years, but what if I told you that it started way before that? Korean Pop (Kpop) has been spread through word of mouth and curiosity. Through that, Kpop has been able to have a sustainable life outside of South Korea.

The last Korean song to blow up globally was Gangnam Style by PSY in 2012 and it was able to bring an incredible amount of attention to the Kpop scene, bringing interest, investors, and listeners, bringing in an incredible 100 million views in 51 days. Gangnam Style is about the wealthy neighborhood of Gangnam in Seoul, South Korea where young people go for social outings, PSY describing what kind of guy he is, and what kind of girl he wants. The signature blue suit carried on to ride the fame, being featured on shows such as Superstar K4, a singing contest-type show, as well as being on Saturday Night Live. He was even able to perform a song with the legendary Snoop Dogg.

Entertainment companies in South Korea, such as YG Entertainment, have been able to acquire some of the most popular artists such as PSY, Big Bang, Akdong Musician, CL, and Epik High. Labels such as the Universal Music Group have even had their hand in the Korean music scene by sponsoring groups such as B2ST, now known as Highlight. 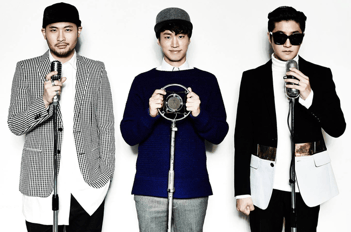 Personally, I was introduced to Kpop through my sister back in 2009 and I was able to introduce it to some of my friends in school. The first song that I heard that got me into Kpop was Heartbreaker by G Dragon. From there, curiosity spread far and wide. I found some of my favorite artists and I was even introduced to more by my friends. It’s a cycle that keeps on giving. I think that curiosity and a sense of new music to explore really kept me interested in Kpop. Hopefully I’ve given you some insight as to why Korean music has been popularized outside of Korean culture!