Why Do People Get Excited About eSports?

eSports has been a growing phenomenon with the coming of competitive video games. If this seems like a foreign concept to you, let me explain why people get excited about eSports. Let’s say you picked up a multiplayer game with your friends and you’re enjoying. You play it casually at first, but then there’s this strange burning sensation to get better. So you do so. You put hours upon hours of time into this game. You’re digging it. Your friends are sharing their favorite moments and it becomes a pastime like no other. You start to do some research as to what the best tactics are, how to play more effectively, ect. Then you stumble upon a stream where people are competing. 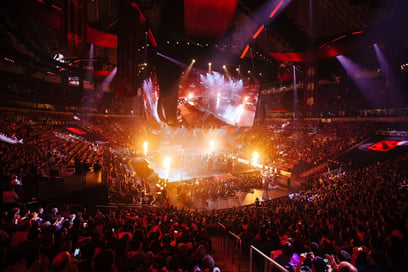 This isn’t any ordinary game, but it’s one where money is on the line. Then a string of questions goes through your head. “Wait, what’s that? Is that a crowd? There’s a following? Who are these teams? Why are they so good?” Then the realization comes to you. “I want to be that good!”. So you start following certain teams. Maybe their logo looks cool, maybe they’re the best team in that region, maybe you know the team from somewhere else. You start following them. You start watching matches and buy gear. 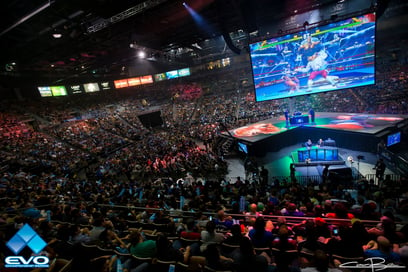 You start to watch it with your friends. First it’s through the internet, then the start coming over. You cheer together, you get sad together. Then people start liking other teams. Friendly rivalries form and the passion grows even more. The world championship is coming up. You start making predictions, watching those teams, their performance and guessing who’s gonna win. You stay up all night with your friends to watch it. You watch every match, every exciting play, and talk about it for days and weeks to come. Then grand finals come along. This is it. This is the match you and your friends have been waiting for. These are the best people in the world playing.

It goes by in what seems like a second.

You take a deep breath.

You may be cheering. You may be disappointed. Either way, the better team came up on top and you just watched history in the making.

If you're someone that watches Football or any other conventional sport, go back and replace “multiplayer game” with the sport of your choice. then you can understand why people get excited about eSports.