Analyzing the Art Style of Wytchwood

Wytchwood is a cute, 2D video game that pulls in folklore elements where you—a little old witch living in a forest—are woken from of deep sleep by a goat. The goat is none other than a demon who tells you that you made a deal with him in the past and that your memories have been wiped. You must go on an adventure through a forest, a swamp, fields, a village, a marketplace and a snowy mountain top to find, and ultimately take, the souls of 12 unlucky beasts.

This story is very cute, and, recently, I've been binging this game. It has made its way into my "Top 5 Cozy Games" list! It bumped Animal Crossing off the list since I haven't played it since the height of the pandemic. The art style reminds me greatly of Little Misfortune, so much so that I looked up the developers to see if it was made by the same company (it's not). One of the only differences is the camera angle. Little Misfortune is more of a one-on-one camera angle, where you are looking directly at Misfortune, while Wytchwood is almost a top-down view where you can view the entire environment around you. This is perfect for the open world aspect where you need to forage for your own supplies.They both have a paper feel to them, where it's very flat with very little shading. I would say there is more creativity within Wytchwood. It has more creative elements. 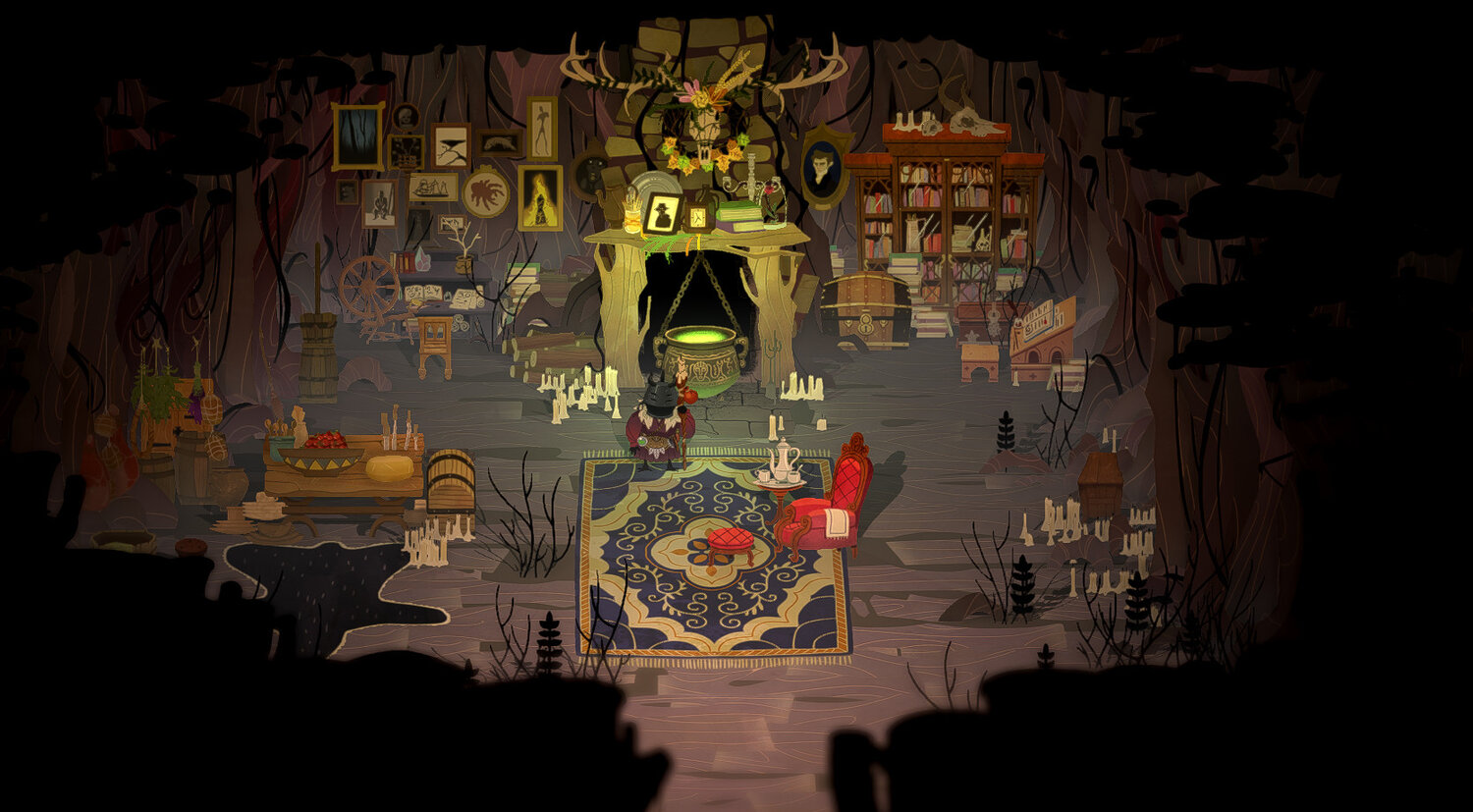 In Wytchwood, you follow a little, old lady with a pot on her head and chicken feet. As you move through the story, you're able to craft different items to move forward. The contests are very cool, from goblin snot to elf shoes and plain hazelnuts, you are collecting, foraging and hunting for supplies at all times to make sure you are able to craft your potions, elixirs and enchanted or cursed items.

Along with the fun crafting mechanics, there is some very interesting character designs. Despite staring at a metal pot on an old chicken lady's head, you will eventually grow a very strong attachment to the witch. The witch makes some interesting choices throughout the game, making you question if you actually enjoy her company or not. That is one of the amazing parts about the character design is the depth of each character. The main character isn't happy-go-lucky all of the time, they also get angry, make mistakes and bad decisions.

There was a point where I started to feel bad for the souls that were being taken... until we got to the last four souls. The last four souls represent general corporate leaders whose only concern is money. There is a hawk who harasses their tenants in a mill for their rent. There are three pigs who are running an enslaved ran slaughterhouse and feeding their employees to the pigs. There is a wolf who takes down houses for more land and a mean stag who wants to be king of the mountain, making his brother do all the dirty work.

The designs for all the souls are interesting and unique, but the ones that stand out more to me are the three pig sisters. Their designs are so gross with details such as snot in their snouts and pimples on their chins. Each time I spoke to a new sister I was in even more shock. This quest was overall fairly easy and hasn't been too much trouble to get through. It did have a twist in it that I did not see coming! 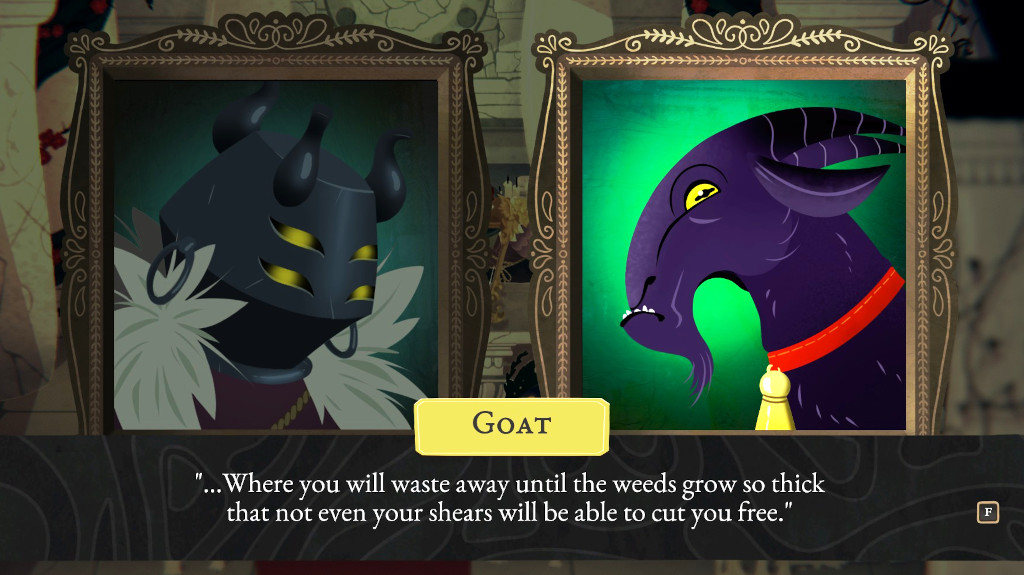 I believe I am nearing the end of the game and should be completing it soon. I'm excited to continue the story. The art style is very inspiring and has made me play around in Photoshop, sketching out a few character designs myself. I'm not sure if this game was created with Photoshop, but it would be awesome to recreate this style and use it for an art study. This game is available on all consoles and PC.