The Importance of Game Projects

If you are a student looking to become a game developer than you have to get on projects early and do a lot of them. Especially in the beginning of your education, you will want to get on someone else's project so you can learn from people with more experience. Most of what you learn in the beginning is what not to do. I graduate UAT this semester so when I look back at all the projects I worked on, I think about how much I truly learned, and it was a lot. you can't learn how to develop games from just watching tutorials, you need to get hands on experience. Keep that awesome game idea in the back of your mind. When you work on more projects and gain more experience you'll learn what it takes to get your game from just an idea to a playable  executable and it will be glorious.

One of the last projects I worked on this semester was a game submission for a competition that will be held at E3 this year. The game is called judgement of Terra and it is a side scrolling plat-former based around a mechanic to absorb energy from your surrounding environment to cast abilities. It was a pretty awesome idea and the team worked really hard to get a completed looking game out of it in 13 weeks.

I was an artist on the project so I did anything and everything they needed for the art side. I worked on concept art, I 3D modeled the main character as well as rigged and animated. I created 2D environment, some of the GUI, Menu screens and also created the introduction cinematic to explain the narrative of the game. As a student you learn how to do it all. The project was an awesome learning experience even though there were many stumbling blocks along the away.

Here is some of the Character Concept art for Judgment of Terra from the beginning of the semester. 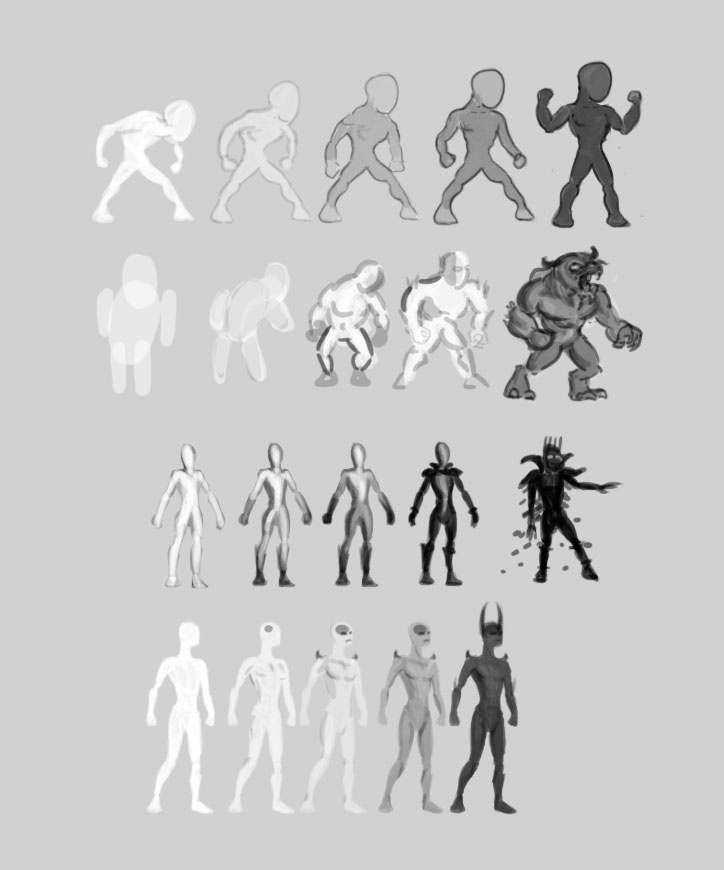