So for those of you who haven’t heard, Origin is starting to put some pressure on steam when it comes to online gaming solutions. Origin is EA’s version of steam, and while you may be groaning already, please just humor me for a bit. Origin is an EA game specific launch pad of sorts and only has a small selection of games if you were to compare it to steam. But this isn’t the best comparison because they aren’t made for the same purposes.

Origin currently offers titles such as Battlefield, Dragon Age, Mass Effect, Trine, Dead Space, FIFA, The Sims, Torchlight, and the list goes on. Now while this may not seem like much, Origin offers a subscription service called Origin Access. The best part of this is that every game I just mentioned you get full access to if you subscribe to Origin Access. It doesn’t stop there however, as the Access is only $5 USD/month. 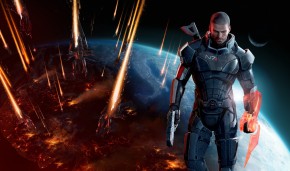 There are no contracts, or anything that would otherwise hold you to this subscription, so you can cancel anytime you want. Now personally I feel that this wasn’t a very smart idea by EA from a business standpoint, but as a gamer, I couldn’t be happier. Nobody wants to pay $60 USD every time some new game comes out, so this is one of the best solutions besides pirating, which I would strongly advise against. As of the 25th of May the list of games that you get with the Access pass are as follows: