The Space Exploration course is a Special Topic in Technology class offered here at the university. The overall goal of the class is for everyone to work together to go beyond their limits to create a functioning weather balloon payload. The course has been running for currently four semesters and each start with the same expectations of a successful weather balloon launch and a successful recovery. And so far, reality of each has been somewhat successful. With four missions we have failed to bring home two payloads and only had one failed launch, which was just delayed and successfully launch later.

The class is made of a diverse group of majors in various stages of completion that are to work toward the common goal of a successful launch. I first took the class in my fifth semester as a Web Design/Business Technology student, along with finishing seniors in Advancing Computer Science (ACS) and first semester Game Designers and Developers. While there is a place for anyone, its not for everyone as it is not a lecture or homework-based class and a very hands on experience.

From the beginning we were split into teams such as STEAM and Corporate outreach, HAM radio and tracking GPS, flight computer, payload design and experiment research. With milestones every two to three weeks each team was expected an update to their portion. I took part in the STEAM outreach which mostly involved reaching out to local grade school teachers and interacting with students to create an experiment that would be launched with the payload. The experiments allowed both the students and our own class to study the effects of high altitude conditions.

The data and information that we have received has just propelled us to try new things and reach for better results.

UAT is a very hands on school and each course pushes its students to achieve great things, however with the courses open ended possibilities, students are expected to go beyond the typical textbook learning and step outside the box with what they can create, and some great things have been made. With the great expectation, each student comes away with a great portfolio piece that stands out. 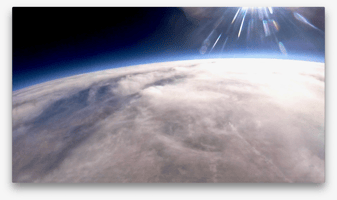 My experience in the course has been great. While disappointed that some of the payloads have not been recovered, the journey just getting there was educationally fun. Working with grade school students and as a team with the class was a great learning experience and showed real world team work and problem-solving skills when we had issues.

Schedule balancing has never been a strong suit of mine, however with the in-class time to problem solve and work together, as well as, the clear milestones throughout the semester, I was really able to stay focused, manage my other classes, and still be able to work.