I am relieved that I finished portfolio and passed, but the semester is not over. After a nice week break from focusing on projects, I have about one month to crunch down on two remaining projects - DataWall and Fishtistics.

DataWall, my student innovation project (SIP), involves a lot of web programming, statistics, and simulation building. Fishtistics, a class project, is an exciting AR project using Vuforia in Unity to augment the classroom for statistics learning. 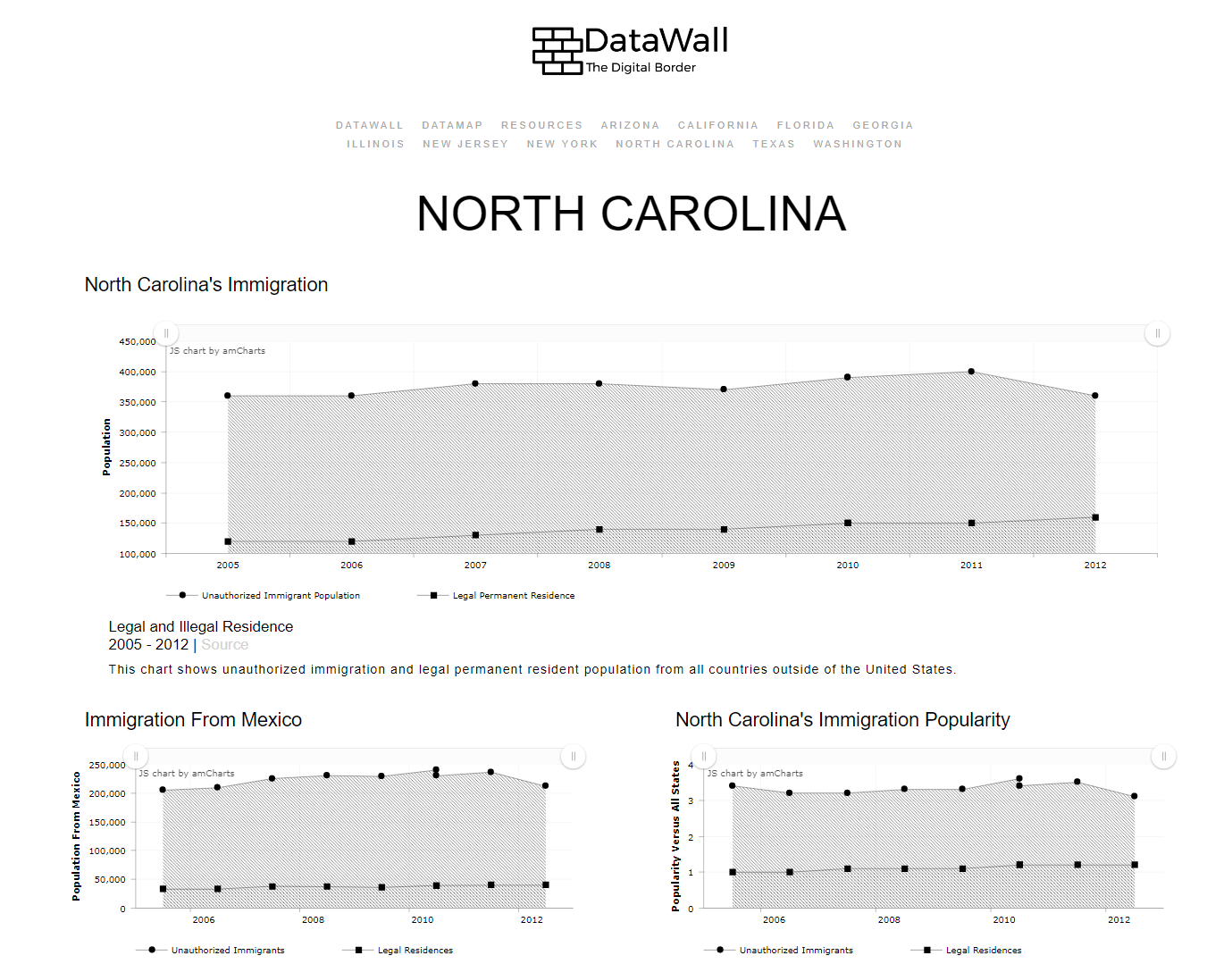 DataWall visualizes legal and illegal immigration data reported by the Department of Homeland Security into the United States from Mexico. The goal of DataWall is to create an accessible platform for usable data where users can find trends, comparisons, and explanations of immigration in one transparent report. DataWall also includes an interactive map, DataMap, where users can interact with data over the years of 2005 to 2012. In this environment, users can visually see data move state to state, details of the people moving, and also modify some of the parameters. 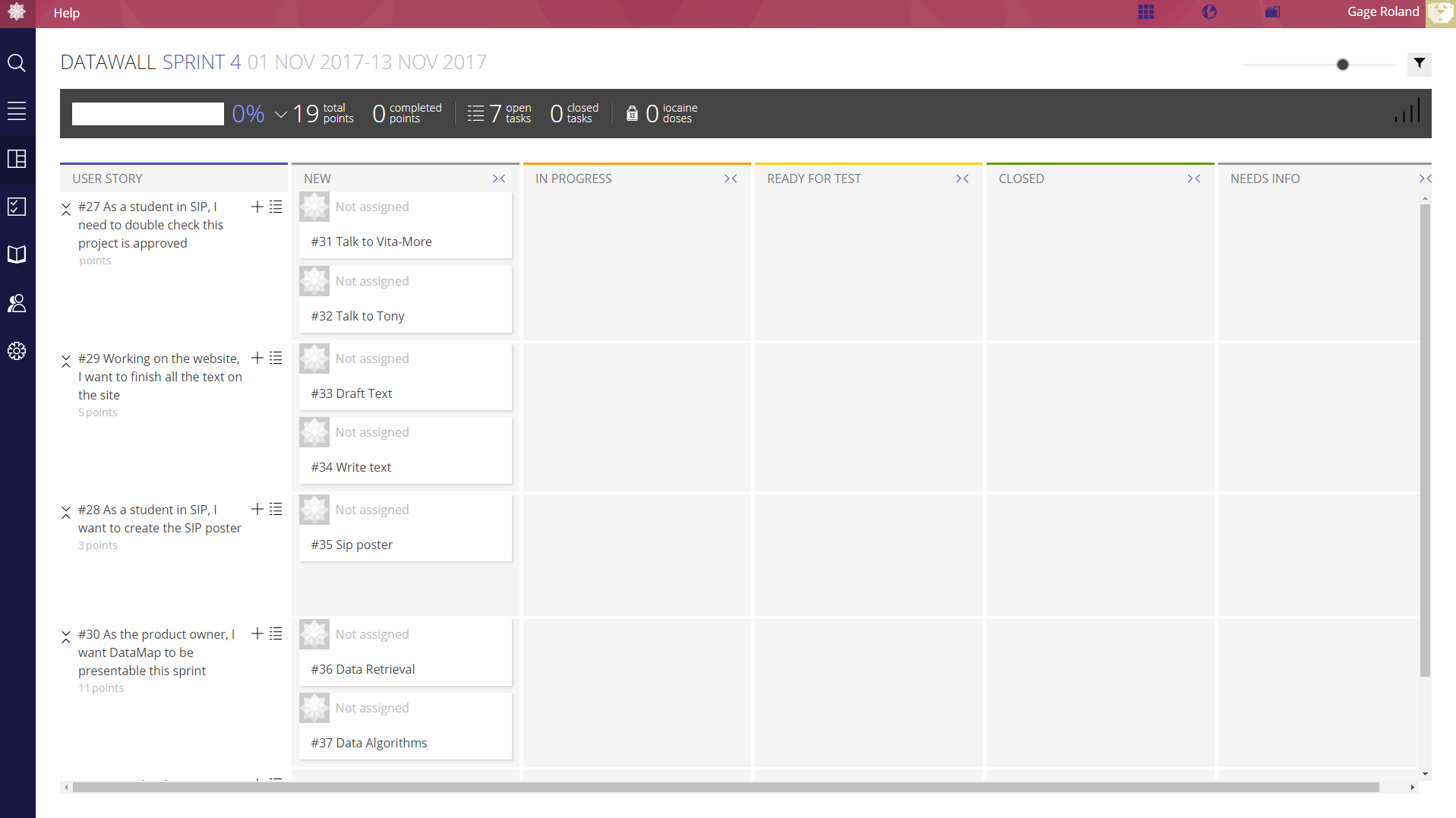 DataWall is being built through my production studio class in development cycles called sprints. These are two-week periods where everyone on a team (or solo) work on selected “user stories.” Stories are made by developers, product owners, artists, and anyone involved in the project about things they want the product to do or have. For example, one of my user stories is written as a student in SIP class, and another is written as someone working on the development of the site. Each of these user stories creates tasks to do, and these functions should be completed within the two-week sprint.

This project is still early in development, but the video above is a concept I made using Unity. The project is a phone AR app that identifies specific objects and spawns virtual object on top of them. This allows us to augment the classroom into a pond with fish. The students then collect the fish using one of the statistical sampling methods: random, cluster, convenience, stratify, or systematic. The app assesses the caught fish and if the student caught them using the correct method. 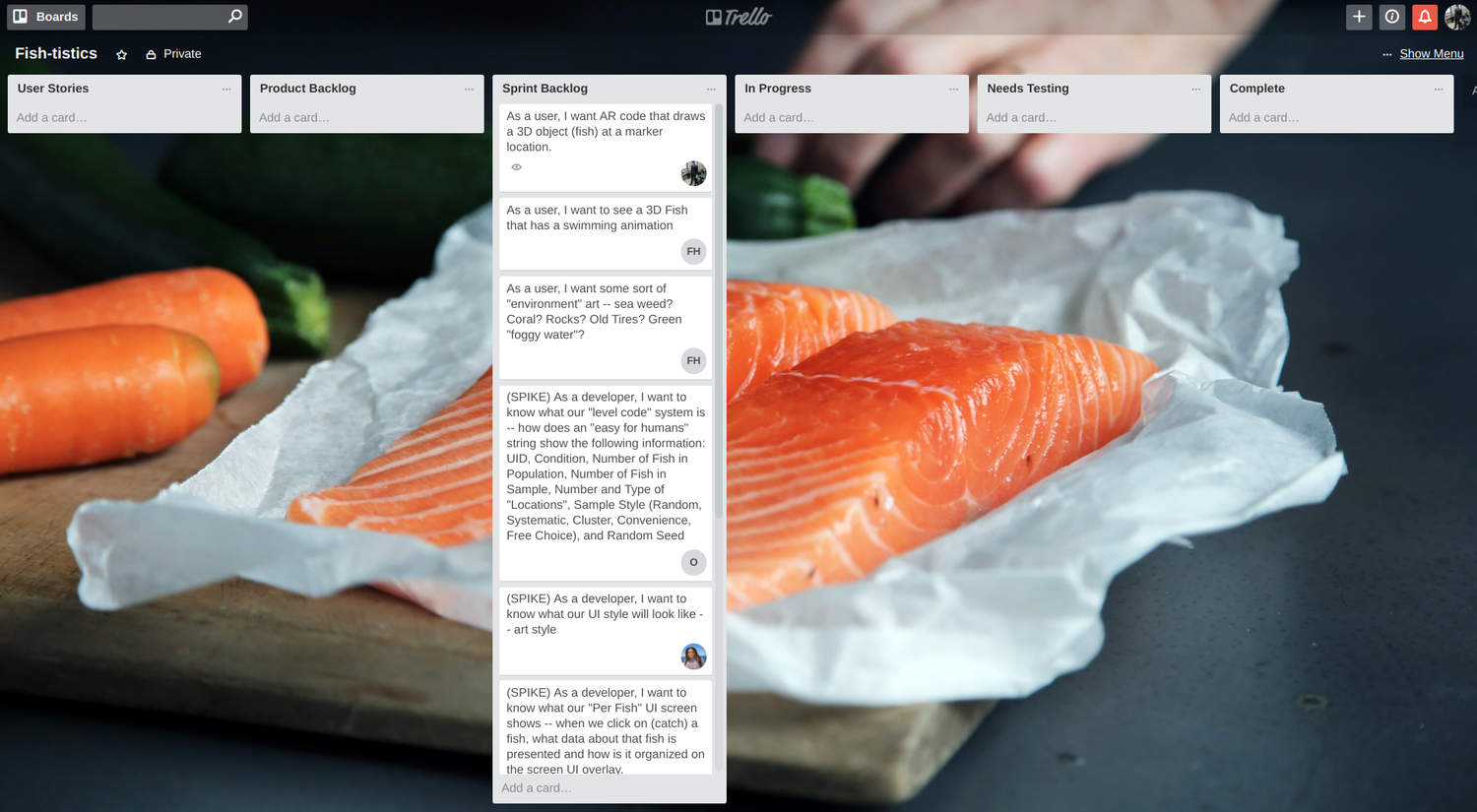 While the project is still too underdeveloped to really talk about, the picture above is another example of using sprints in software development. Items begin as user stories where anyone can spitball any types of ideas that the project needs or what would be cool to have. They then move to the sprint backlog where they are worked on for the allotted sprint time. To keep the team up to date on each task, they get moved from the backlog into in progress, needs testing, and done. It is helpful to assign tasks to members, but items don’t “belong” to anyone. If there is an opportunity to work on a new task, it’s free game.