No One expects the Dutch Inquisition

Dutch police said they have successfully taken down 15 DDoS for hire services in the course of a week, It's one of their most successful crackdowns against online DDoS service providers.

The DDoS websites, allowed users to launch DDoS attacks against websites and other internet infrastructure. Such as servers. As many fear for Christmas time due to many companies have their services threatened by such attacks. 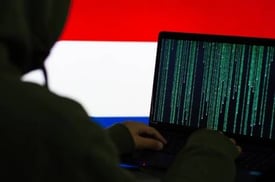 Dutch authorities received support from web companies, domain registrars, Europol, Interpol, and the FBI. As part of a joint effort to crack down on these services. As Microsoft was seen doing not too long ago.

This is the second time in the past six months that Dutch police have put a boot on DDOS services. I would say they are heavily against cybercrimes.

In October of 2019, Dutch authorities stopped and destroyed an entire web company. That provides services to DDoS botnets and booter services.

Dutch police also partake in an international effort against DDoS services in December late of 2018, The FBI and Europol took led in the joint effort that put down 15 DDOS services. During holiday seasons DDOS services peak at usage. Hence the urgency to take them down during December.

Police said the 19-year-old attacked MijnOverheid.nl, a portal where Dutch citizens receive documents from the Dutch government, and Overheid.nl, another government portal.

With events going on right now. Internet usage has spiked immensely. It's putting a strain on an already overwhelmed servers which traffic all our data, depending on what we are doing. Which is why International agencies are cracking down on these services.

The whole reliability on the Internet gets clearer and clearer as more people work from home. Making security agencies turn the wheels on cracking down on Cybercrime. As cybercrime costs a pretty penny to repair.

An online betting company got hit with ransomware and was down for two weeks. Now that they recovered they still are dealing with the damage as now they face lawsuits from business partners for the lost revenue.