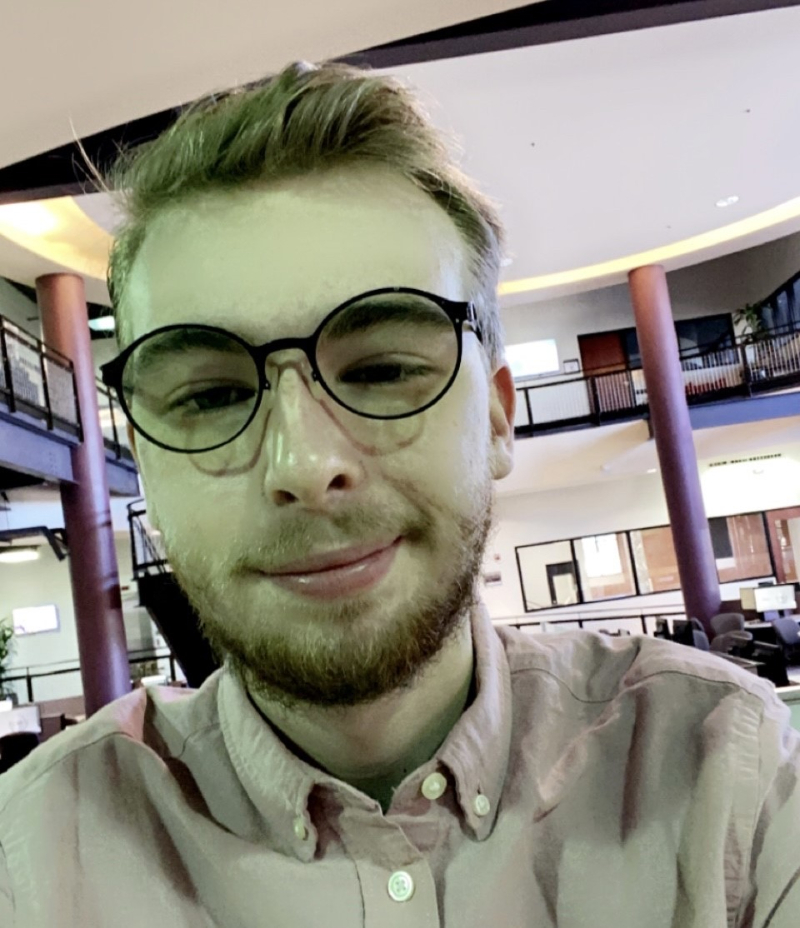 Hailing from a small town in Ohio, Tyler Prettyman is earning his Network Security degree, believing there are many great possibilities in the field.

Choosing UAT for its core values, Tyler believes he is already on his way to success at UAT, stating, “I picked a college that I knew I would get something out of, and UAT was the right fit.”

Tyler is happy to have started right off the bat with degree-specific classes and enjoys the structure of the trimester system. Through these, he’s gained great insight into the vastness of the cyber aspect of technology.

As the current the GeekRho Secretary and UAT Esports President for competing teams, Tyler states, “I have found a second home.” Catch Tyler at one of the many club meetings on campus.

Tyler has always been fascinated by technology and how it works. Some of his favorite hobbies include building and learning about building computers, watching anime and playing video games.

One of Tyler’s role models is his dad, who taught him how to be a good person, set himself up for success and be self-sufficient. Also inspired by his uncle, who is a successful businessman, Tyler has been provided amazing opportunities that opened his eyes to the world.