How to Land a Job as a Game Scenario Designer

Making video games can feel like fun. Creating battlefield visualizations for the United States Army can save lives. University of Advancing Technology graduate Eric Fernald does both. We sat down with Eric to find out how he got his job as a game scenario designer at CGI. 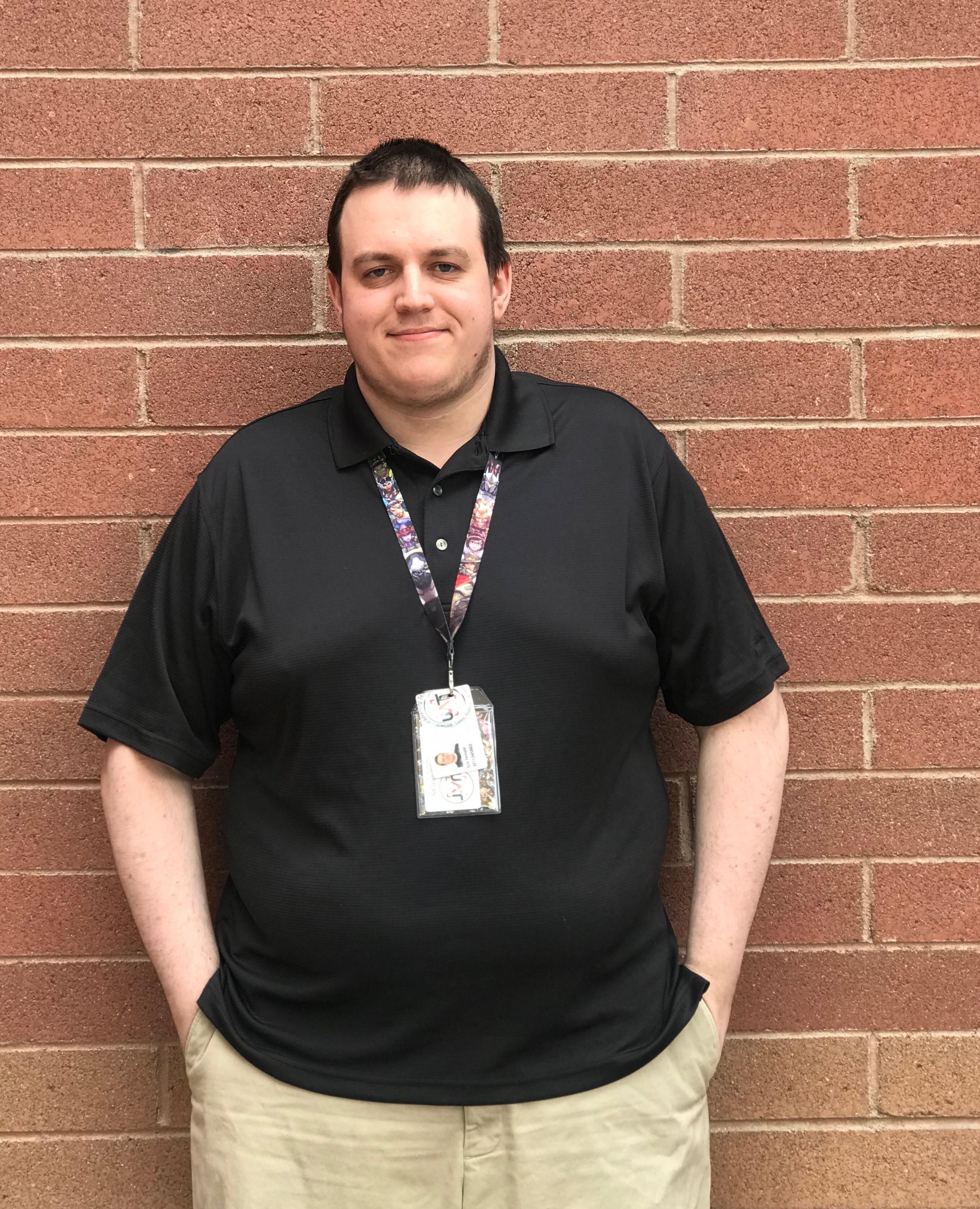 Eric graduated from UAT in May 2018, hopped on a plane to Virginia and started working. But what does a game scenario designer do? Eric helps U.S. Army soldiers and NATO peacekeepers train, evaluate and hone their skills through computer-simulated missions, virtual battlefield reenactments and proprietary training software. While Eric contributes to every stage of the development pipeline, he primarily focuses on story boarding, designing and scripting missions and training exercises.

Eric's role as a game scenario designer helps solve two major problems in the military: PowerPoint fatigue and wasteful spending of tax dollars on expensive, live military training. Who knew PowerPoint fatigue plagued our military? Well, Eric did. Before landing the job with CGI, Eric reached out to a few veterans to better understand their experience and needs. They confirmed that the lengthy, pre-training PowerPoint presentations that cover every aspect of a scenario are "the most boring and dull aspect of serving in the military." 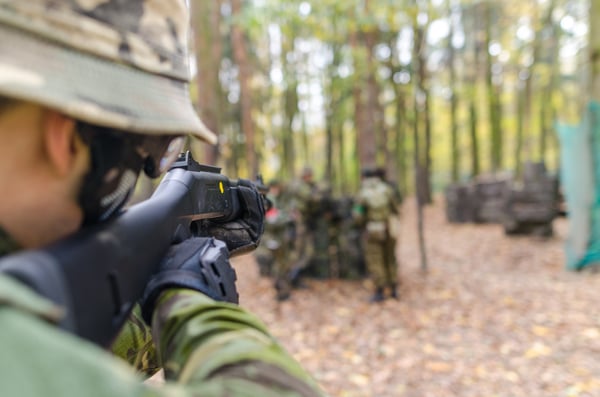 What if soldiers could train in an interactive, hands-on environment where they can practice what the commanders preach? VR training exercises can help curb excessive spending of tax dollars on training. These game scenarios can limit the amount of ammo, fuel and other supplies to give the soldiers a realistic simulation. Then the click of a button resets the mission, so it is ready for the next group of soldiers.

Eric believes his education set him up for a successful job search. Growing up in New Hampshire—a state with one of the largest education budgets per student in the entire country—allowed for him to learn about and tinker with emerging tech during his high school years. Eric chose to continue his education at UAT because of "the intimate campus setting and constant addition of new technologies on campus."

Like many UAT grads, Eric's passion for game design stems from a passion for gaming. He can vividly recall the late-night Halo 3 session during middle school that inspired him to make video games. He stayed up late to finish a campaign, so he could brag to his friends at school the next day. While finishing up the last level, he jumped into a Warthog and experienced what he calls "sensory overload." As he flew through the level, pedal to the metal, running over enemies and blasting the Halo theme song, he knew what he wanted to be when he grew up. That Christmas, Eric asked for a programming book from GameMaker Studio and made his first game: a simple, tic-tac-toe creation.

But Eric recognized early on what many young developers don't want to: Making games is not the same as playing games. That's why he put in 1,800+ hours tinkering with Arma 3 and its mission/level editor. Eric also crushes it on Twitch. He has worked with multiple indie studios, including Arizona home grown Opera Skunk and CubanMedic Production. 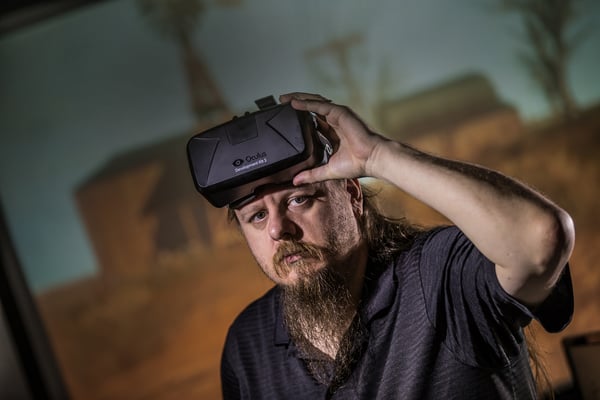 Classes such as Professor Matthew Marquit's level design course and Professor Derric Clark's production studio fueled Eric's passion for game design and helped him hone his technical skills. Professor Marquit and Professor Clark work hard to foster a learning environment that encourages students to try new things, even if they fail. That freedom to experiment and focus on Arma and other military simulation games helped Eric land the job.

So what separated Eric from the other applicants? His unwavering passion, fine-tuned skillset and polished resume. Eric gives a great deal of credit to his career services advisor, Ashley Murry, who helped him turn his resume and cover letter into a finely tuned masterpiece. "Ashley was always ready and willing to help me no matter how many times I  emailed her," Eric said. CGI contacted Eric within four days of submitting his application. They interviewed him the next day and offered him the job within a week!

All new jobs take some time to get used to. Eric believes his biggest challenge he will face in his new role will be the constant adaptation to the commander's expectations of him. CGI and Eric constantly run through live scenarios every day, and each commander has different opinions on what they want to do and how to do it. Eric has to adapt missions, throw curve balls and make things feel like they are always changing. This may sound daunting to some, but Eric states that he has full faith in his team of fellow designers, programmers, artists and videographers and their ability to get the job done. 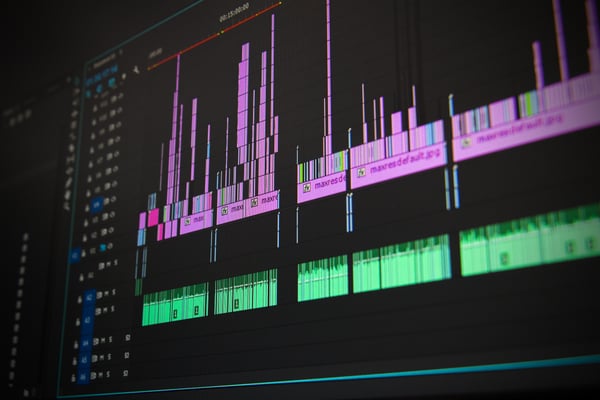 Eric's advice for students and young devs? "Don't be afraid to try something new." Aside from the game design skills that he picked up during his time at UAT, he got into building PCs, video editing and live streaming—simply because he was curious. He believes that curiosity can lead to valuable discoveries, which can inspire you to explore new paths. His hobby even helped him land an internship with a partnered Twitch channel. Eric also encourages all students to take advantage of Career Services and get to know their professors. Eric was not always one to ask for feedback, but he saw drastic improvements to his own work once he started incorporating the feedback he received.
Eric's story showcases how harnessing your passion, honing unique technical skillsets and polishing up your job search materials can help you land your dream job. He hopes that maybe one day he will get to meet all the new game designers who were inspired by his story. He also wants to give special thanks to all of the faculty and staff over at the University of Advancing Technology for helping him achieve his goals.