Disney+ Is Not A Happily Ever After Story

With the release of Disney+ with amazing new shows and movies available it's hard to see any negatives. Wrong, just mere hours after the release thousands of accounts have been hacked and hijacked. Many accounts now are being offered on hacking forums from ranges as of free to $11. With the account sharing process, many have used it as a charity for other users on the hacking forums while others sell off the accounts which some even have 3 years of pre-paid subscription.

The launch itself is already plagued with many technical users and now a small amount out of the 10s of millions are experiencing their accounts lost to them. They would change the password and email to lock out the previous owner.

"Two users who spoke with ZDNet on the condition we do not share their names admitted that they reused passwords. However, other users said online that they did not, and had used passwords unique for their Disney+ accounts." (ZDNet) 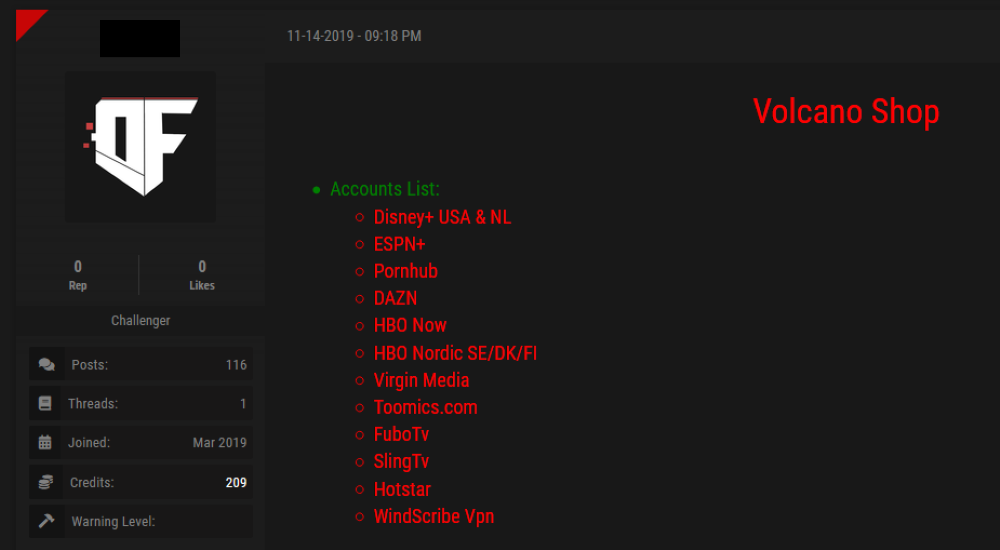 Since Disney+ lackluster of security and no multi-factor security options the best things users can do is use a unique password that isn't used for other accounts with a very long complex phrase.

Thanks to Catalin Cimpanu