Death In Video Games: How It Can Be Built On

When your HP runs out, the game is over.

How many games follow that same strategy of punishing the player for not following the rules failing to meet an objective?

Mario Bros, Zelda, Call of Duty, Final Fantasy… games across multiple generations use that same sort of strategy, and, honestly, it does work well. Getting a Game Over in a video game equates to losing the progress that you made up to point of where you died or losing out on some once in a blue moon opportunities ( those no death runs, am I right?), so it provides a punishment that is big enough to push the player to think about what they are doing. 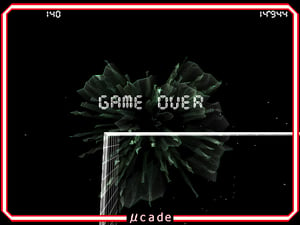 This strategy is not going to go away anytime soon because of how useful it is, but, really, it isn’t that creative. It’s been done for decades, and, for some specific games, there are other options that can be used that provide a creative approach towards handling game overs, while still providing that incentive for the player to think. I can think of a few from the top of my head:

The Borderlands games are special (outside of Tales of the Borderlands) as none of them have game overs in them. Matter of fact, you can’t really die (at least, in the traditional sense) when you run out of HP. When you HP goes down to 0, you are placed into a segment called “Fight For Your Life”, where your movement is slowed but you can still attack/kill enemies. If you can kill at least one enemy, you are revived, giving you a second chance at the fight that you are in. 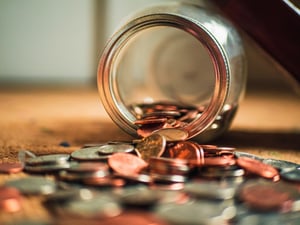 This segment is timed, however, so, if you fail to kill an enemy, you will end up being transported to the closest New-U Station (revive station) at the cost of some money and progress. These are usually close to major boss fights, so if you die during a boss, you can just walk back up and continue fighting them.

In Kingdom Hearts 2, the majority of your deaths will lead you to a black screen that gives you two options - Continue or Load Game. However, in some boss fights, if you were to run out of HP, you will be brought to a white screen that gives you two options - “ I won’t give up” and “It’s all over…”. Pressing the latter option will bring the player to the original black screen. Pressing the former option, however, would bring the player back into the boss fight, but now they will be playing as Mickey Mouse/King Mickey.

King Mickey is somewhat stronger than Sora, but he does not have access to a lot of Sora’s kit, such as summons, items, the majority of his magic, etc. He can attack the boss though, and his damage output is pretty decent(however, he can not defeat a boss - Sora needs to land the finishing blow to end the battle). Or, if the player wants, he can charge himself up so that he can revive Sora to full HP. If King Mickey was to be hit too much in the battle, he will 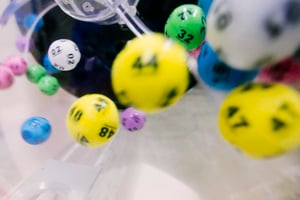 automatically revive Sora, but Sora will be at half HP.

Dying actually provides some benefits within these conditions. However, constantly dying and getting saved by Mickey lowers the chances of him actually coming for you, so the player will still need to be cautious so that they can preserve their King Mickey uses for when they need him the most.

In the Mario Kart DS battle mode, you will have about 5 lives in the forms of balloons ( You start off with 3, but you can add more by blowing into the mic or by pressing the select button). One of your balloons will be popped when you get hit or when you fall off the map. If you were to lose all of your balloons, you will be taken out of the main game and turned into a “ghost” that is invisible to other players.

As a ghost, you can not steal other peoples balloons and you can not break item boxes. You are also disqualified from winning, so the game is pretty much over for you. However, you are able to drop fake item boxes around the map to throw off other players, allowing you to either assist the player that you want to win or to get back at all of those who made you lose. 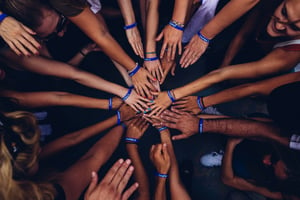 So, even when the players game is over, they still have a chance to play and have fun with other players. Plus, it unlocks a whole new dynamic in how you play battle mode - you can team up with other players and assist them while they take out all the other active players.

In all of these options, a lot more happens when the player dies. They are either given a whole new role or given some form of a second chance to correct their mistake. In the case of more recent Mario Kart games, you can not get a game over. The race might end with you at last place, and you might not get the trophy at the end, but you still have the ability to continue forward into the game and you even have the ability to gain more add ons for your cart! And that actually fits into the theme of Mario Kart - a casual kids game with no real end goal in mind.

I feel like a lot of other games could take a few lessons from games that design their punishments like that. Let’s use Call of Duty for example; Call of Duty isn’t a one man vs a world sort of game. It involves you working with your fellow (AI) soldiers to complete objective, and I feel like the developers can use that to its fullest when developing their punishments/incentives. Imagine if, when you lost all of your HP, one of your soldiers would drag you to a safe spot and then you take complete control of that soldier or if you just flat out died and you are given access to another soldier that is within your team, but with their loadout. It connects well to the idea of working within the army, while also having the capability of forcing the player to think. For example, you might get a lower rank when you finish the level if a lot of your soldiers die, or maybe this soldier might not have the loadout that you like.

Another example would be Don’t Starve. I have no issue with how Don’t Starve handles death/game overs, as you are always given ways to avoid it, such as activating a touch stone, creating a meat effigy, or equipping a life giving amulet. In the case of Wilson, you have the innate ability to create meat effigies by using the hair from your beard. I believe we can add on to this by creating a multi use item that revives the player, but, unlike the life giving amulet which forwards the game by one day, this new item would rewind a game by a single day - rewinding rng, spawns/despawns, and any other events in the world back to what they were when that day first started. This would allow the player to get a second chance at tackling the obstacle that killed them beforehand, while also allowing them to branch off and change the flow of the day. This works within the context of the game, because we already have items that prevent death within the game. There are also items in the game that change time, such as the mandrake, Siesta Lean-to, etc.

There are so many different ways to push the player to improve while still being creative. But then finding that alternative punishment while making sure that it works well is where the difficulty lies. Yes, the player could lose points when they fail an objective or maybe they will be forced into a different part of the game, but then we have to consider why the player would care about that.

Take for example Lego Star Wars. If you lose all of your health, you lose a lot of your buds ( a currency within the game) and then you get spawned back to a safe point in the level. You don’t lose progress, you just lose currency.While this method is indeed different, due to how plentiful the buds are in that game, this punishment does not set the player back much. If anything, they can die, continue to throw themselves at the problem without thought, and still get past that problem without learning much. In defense of this tactic, Lego Star Wars is meant to appeal to children and above, and so they would have to craft the game around making it easy for children to play, advance in, and have fun with. So there is not a lot of risk but there is a lot of reward, and, no matter what, the player can complete the game without improving their skill. It makes sense, but this kind of punishment is weak at pushing players to find new methods and to grow.

Finding that balance between creativity and effectiveness is key when creating stylized punishments/learning moments in the game that you are developing. If you want some more ideas, just go and play games in multiple genres and see how they handle punishing the player.

Click here for information on our degrees in Game Studies or schedule a virtual tour with me in Discord.