Most people would think that a program, even artificial intelligence, could not do something creative such as create art or compose music. Those kinds of skills are reserved for humans who innately possess creative qualities. But what would you think if I told you that AI has already learned how to draw, how to compose music, how to carry a conversation, and so much more? For example, here is the picture of a person:

Here's the fun part: This person does not exist. A computer made up this image at thispersondoesnotexist.com. Refresh this page or go to the website and the program will dream up a new image of a person that has never been born. Of the many times I have visited that website, only a few of the images it created have contained something that made it easy to see the image was fake.

This project and many others are the fruits of artificial intelligence. Specifically deep neural networks. Neural networks are programs that are created to mimic how the neurons in our own brains function so that they can learn what to do with the information they have been provided. Each 'neuron' within the network is connected to neighboring neurons and is linked in ways that are useful for the task at hand.

For this website a very specific kind of network was used, a Generative Adversarial Network, or GAN. A GAN is actually made of two neural network that are in competition with one another. One network is assigned to be the generator whose sole purpose is to take a series of random inputs and generate an image (or anything else it is programmed to). The image is then fed to the other neural network which is called the discriminator. The discriminator is fed both real images of people and the image from the generator and decides if each image is either real or fake. The discriminator is rewarded when it correctly identifies the fake images, but the generator is rewarded when the discriminator cannot tell the difference between reality and fiction. 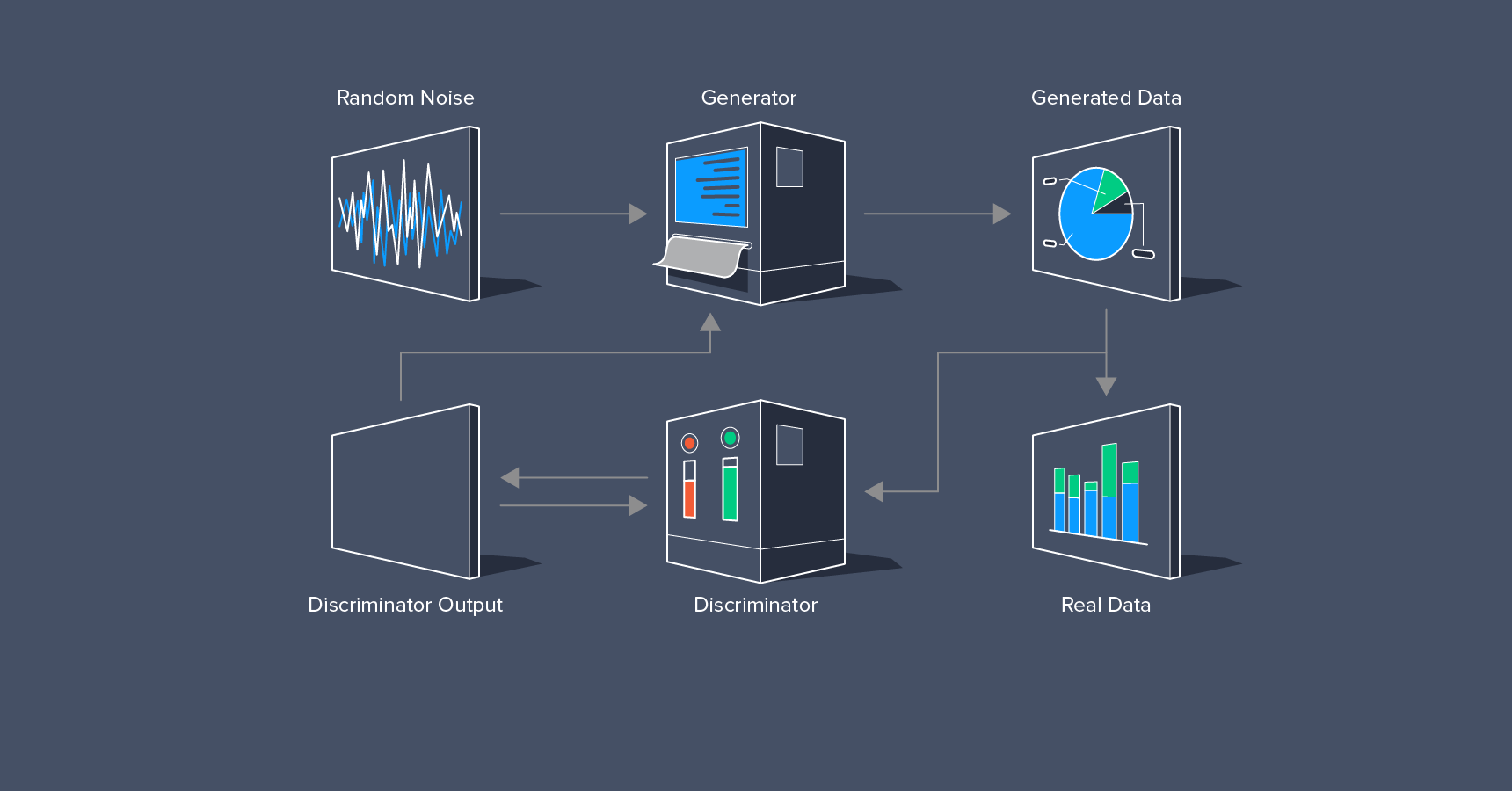 This kind of network is very good at emulating what we humans would classify as creativity, but there are many more types of networks that are each good at learning different kinds of tasks. Facial recognition for the police, object detection for self-driving cars, strategy for game like Chess or Go, and many more.

Learn how to create artificial intelligence with UAT's AI program, and you could teach computers how to draw a person, compose music, or anything else you can dream of!